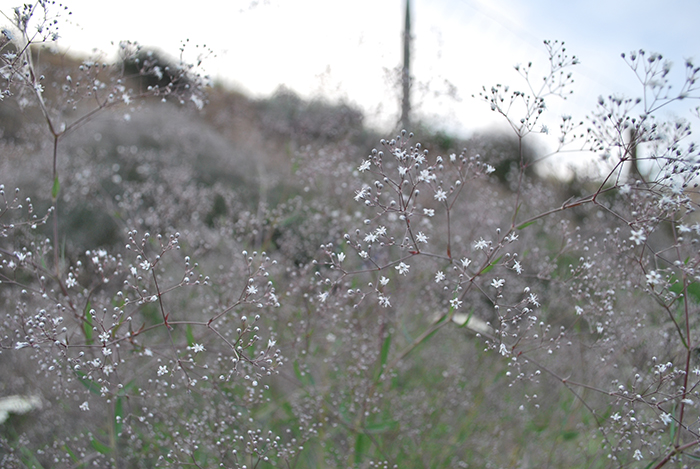 Baby’s breath may sound like a bright spot in a long list of harmful invasive species, but the popular addition to floral bouquets threatens the Great Lakes’ iconic dunes.

That’s why researchers took a road trip to study its DNA. They hope to understand why baby’s breath thrives in unforgiving ecosystems around the Great Lakes and across the continent. That can help them learn how to better remove it from eastern Lake Michigan’s coastal dunes where it monopolizes the delicate ecosystem and outcompetes rare native species.

The invasive plant has colonized Michigan’s dunes for decades, he said.

It crowds out native plants, releasing 13,000 seeds a year and extending taproots 10 feet into the sand. The seeds spread well on the windy dunes, while the long roots keep dunes from shifting naturally, said Sarah Lamar, one of the DNA researchers and a graduate student at Grand Valley State University’s Annis Water Resources Institute. 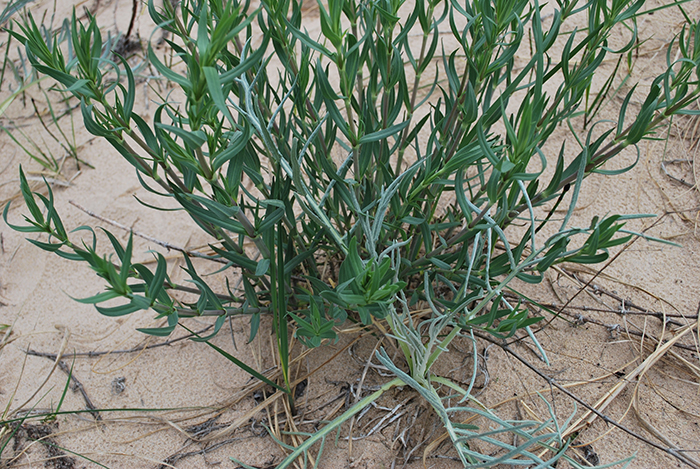 A dune covered in baby’s breath is bad news for some threatened and endangered species that have evolved to survive in the volatile landscape.

“They can over stabilize the dunes,” Lamar said. “Dunes are a disturbance-driven ecosystem.”

It also replaces open sand and stone patches that endangered piping plovers require to nest. Howard knows of one location that hosted a new piping plover nest just a year after it was cleared of baby’s breath. When the dunes are restored to their original open state, they can host piping plovers once again. 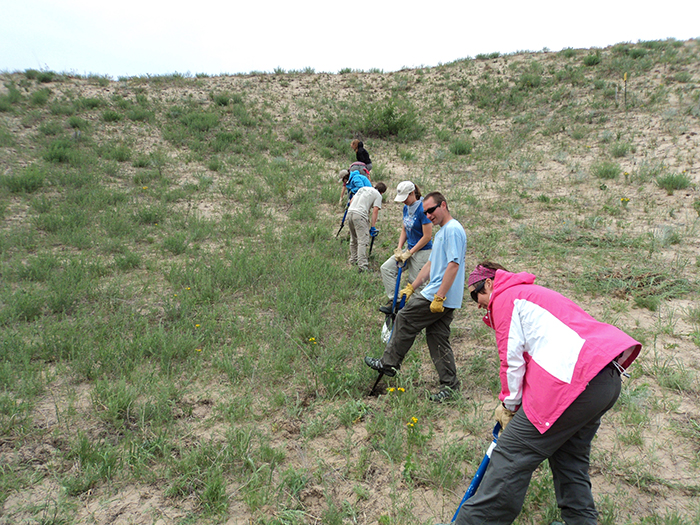 Severing baby’s breath taproot can kill it. If the cut is not made deep enough below the plant it can grow back. Image: Shaun Howard

Last June, Lamar and Partridge hit the road with a van full of lab equipment: “a million things that would have looked pretty sketchy if we’d been pulled over,” said Lamar, whose thesis focus is this research.

They collected samples of baby’s breath in North Dakota, Minnesota and Washington to map the genetic similarity of local populations across the west.

At each stop they collected and labeled 15 to 30 samples, marked them on a GPS system and packed them in silica beads to dry. Back at the institute’s lab they analyzed them for 14 genetic markers called microsatellites. These repetitive segments of DNA allow researchers to easily identify genetic mutations. Plants with fewer differences in their microsatellites are more closely related.

The analysis continues, but they’ve already found some interesting relationships.

Baby’s breath growing in Petoskey, Michigan, is more closely related to that in Washington state than that growing less than 100 miles away in Sleeping Bear Dunes.

That was a surprise. And a fortunate finding. Genetic diversity makes for healthier plants. And it told The Nature Conservancy to focus its eradication efforts on stopping the spread of the Petoskey and Sleeping Bear Dunes populations toward each other, Howard said.

If the populations merge, their offspring will be more genetically diverse and therefore healthier and harder to eradicate. 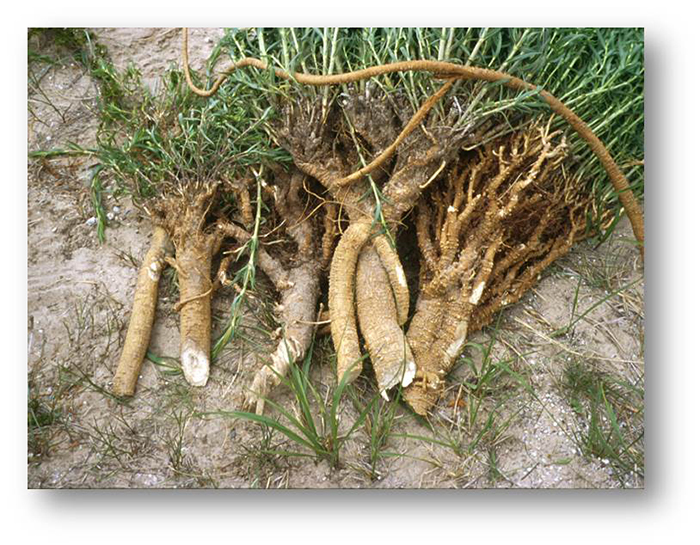 Baby’s breath taproots can reach 10 feet into the soil. These have been severed low enough to prevent them from sprouting again. Image: Shaun Howard

Findings like this also provide insight into the introduction and spread of the plant. It was commonly sold in seed catalogs as early as 1886, Partridge said. The team can confidently say there were multiple introductions, given the genetically distinct populations.

The team analyzed the RNA of another set of samples to identify how the plant’s genes are expressed.

Even if the Washington and Petoskey populations have similar genes, they use them differently to regulate the plant’s water use, flowering schedule and circadian rhythm, Lamar said.

This analysis tells researchers how plants respond to their environments. That can lead to more precise ways to kill them, Lamar said.

And any edge conservationists can get in the fight on baby’s breath is welcome. 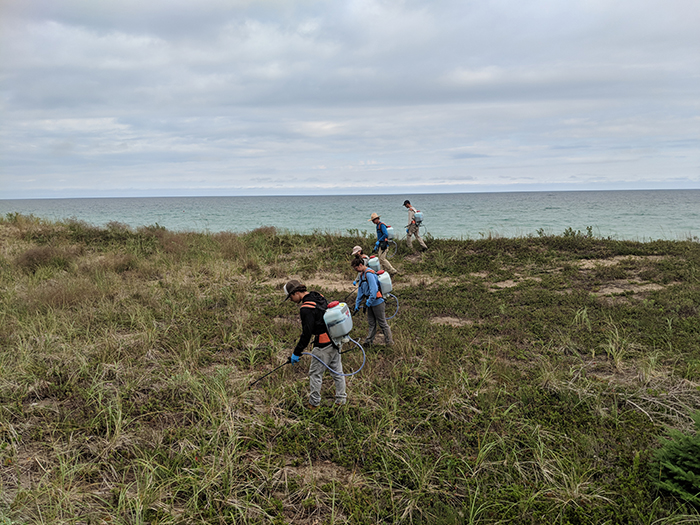 Spraying an herbicide is an effective way to control baby’s breath, though one some conservationists can be hesitant to use. Image: Shaun Howard

An herbicide is one way, although Howard doesn’t take that decision lightly since chemicals blown on the unpredictable dune wind can harm nearby native plants. Or, managers can sever the tap root below the soil so it won’t grow back. This is labor intensive and can disrupt nearby plants.

Despite the challenges, the efforts to control baby’s breath have been successful and conservation efforts are entering a maintenance mode.

In part, it’s because of research like that of Lamar and Partridge, which Howard lauds for its practical, applicable nature.

More is set to be made when baby’s breath management picks up again on the Lake Michigan dunes in May. As the DNA analysis continues, managers will be more knowledgeable and better equipped to reclaim more territory from this disruptive, stabilizing invasive.

One thought on “Road trippers search for dune disrupter’s roots”