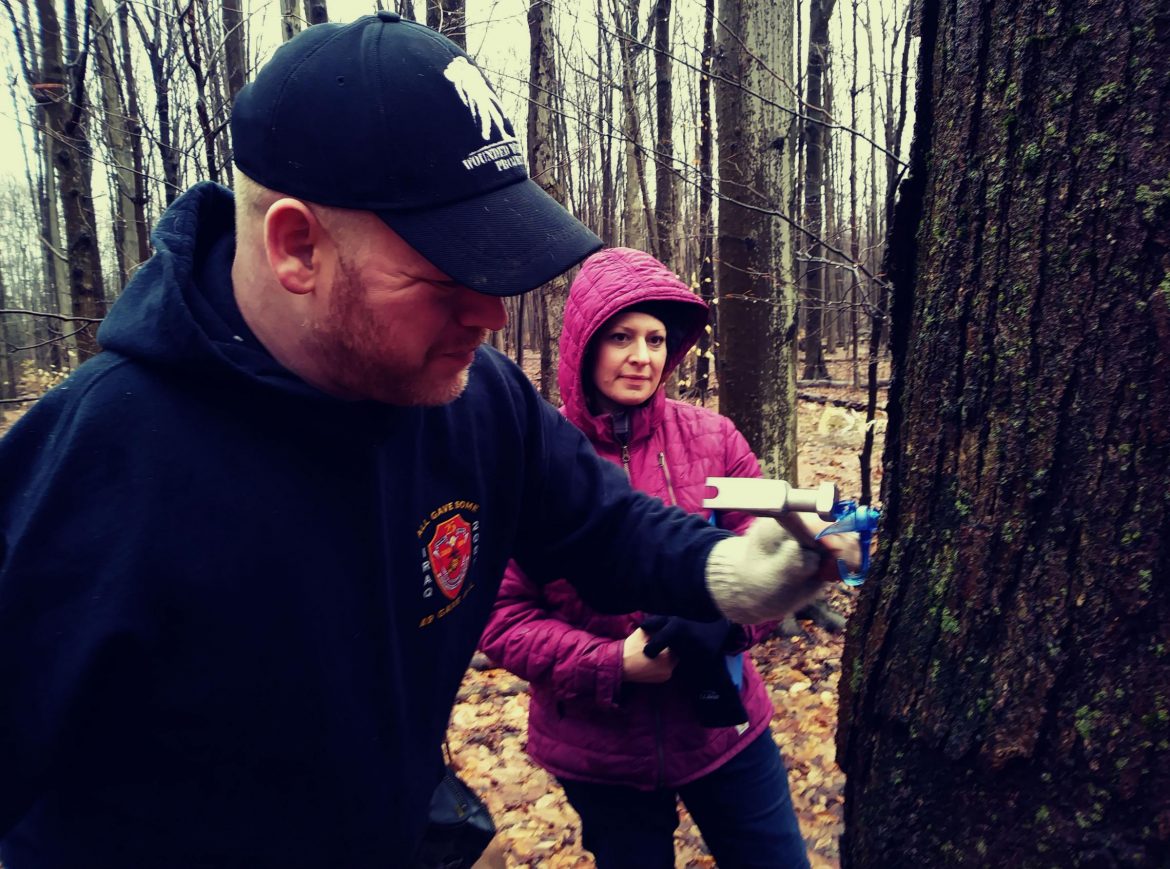 Scientists say climate change affects everything from weather patterns to animal migrations. And now, a popular breakfast condiment could be at risk as well – maple syrup. That’s bad news for the Great Lakes region, which produces a lot of it.

One producer is Beyers Maple Farm, outside Buffalo, N.Y. Here, as maple syrup season begins, the sound of hens running through the yard and wind chimes can be heard in the cold late-winter air.

Denise and Mark Beyer ride ATV to the sugar bush, a section of their forest where they tap maple trees. Their English Bulldog runs ahead, excited for an adventure.

The vehicle pulls over, and the couple jumps out to start the tapping process. First, they drill a hole in the trunk of the tree. Using a small hammer, they pound in a spout. And then, they take a big blue bucket and hook it to the spout.

If the sap is flowing well, you can hear it drip from the tree into the bucket. 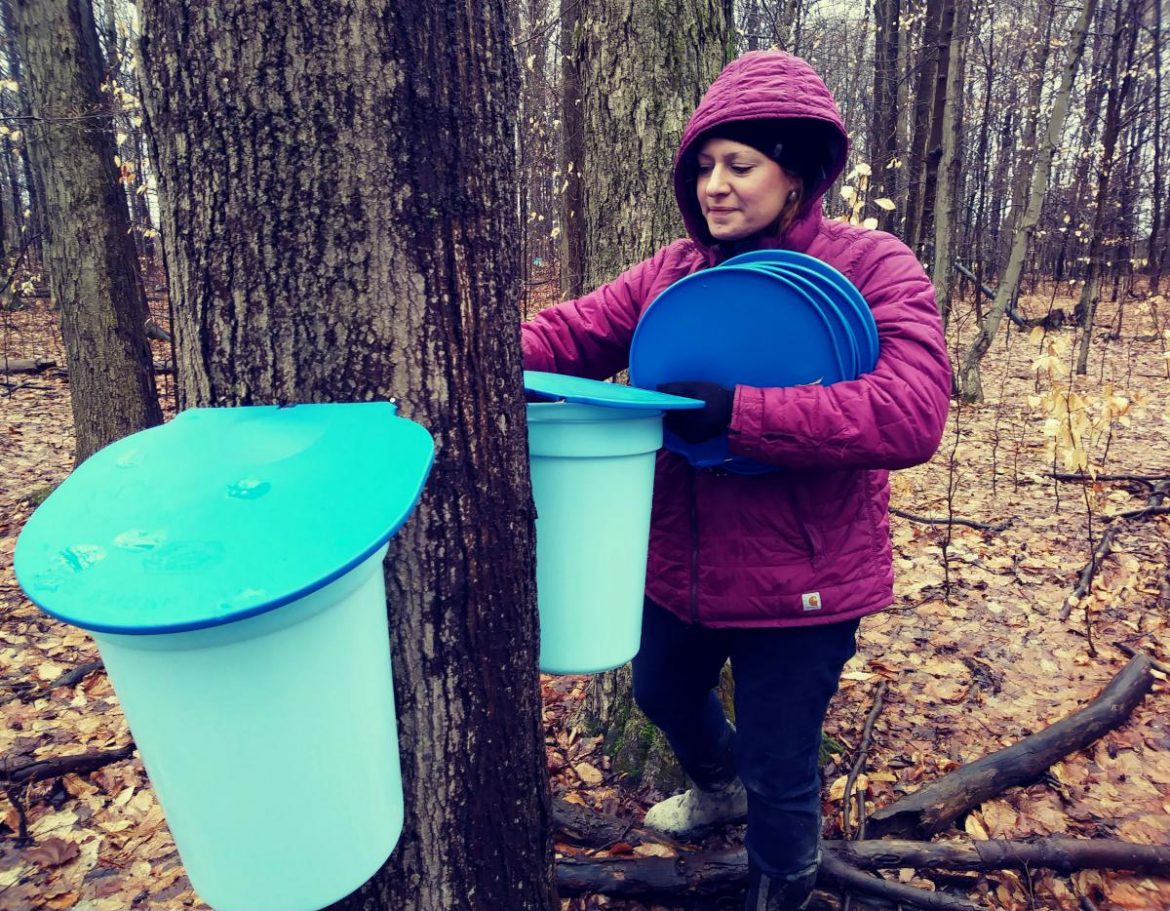 The couple taps hundreds of trees every year. But environmental researchers now say the fate of maple trees is threatened by climate change. A recent University of Michigan study showed that weather extremes can slow the growth of maples.

“In areas that may become drier, they would be at risk because this is a very drought intolerant species,” she says. “So if drought conditions become more prevalent year after year, then the growth performance is going to decrease, which means they won’t be competitive enough to grow in the forests. So they may disappear in some areas.”

Ibanez says the change won’t be immediate, but could take place over the next few decades.

Denise Beyer says that could be a problem.

“I guess if all depends if there’s a drought or not if it’s extremely hot and there’s a lack of water throughout the year, then it may be something that we have to worry about,” said Beyer.

But she added that some temperature changes might actually be good for their trees. “If temps get really cold that actually produces better syrup. So that’s OK; the colder it gets, the more sugar content we have in our syrup.”

Scientists say a cooling trend isn’t likely.  And several studies show that the tapping season will start earlier as the climate continues a warming pattern.

Typically, sap flows from late winter to early spring. Last year, the U.S. Department of Agriculture reported an early flow — from about the first of January to mid-February in states like New York, Ohio and Vermont. 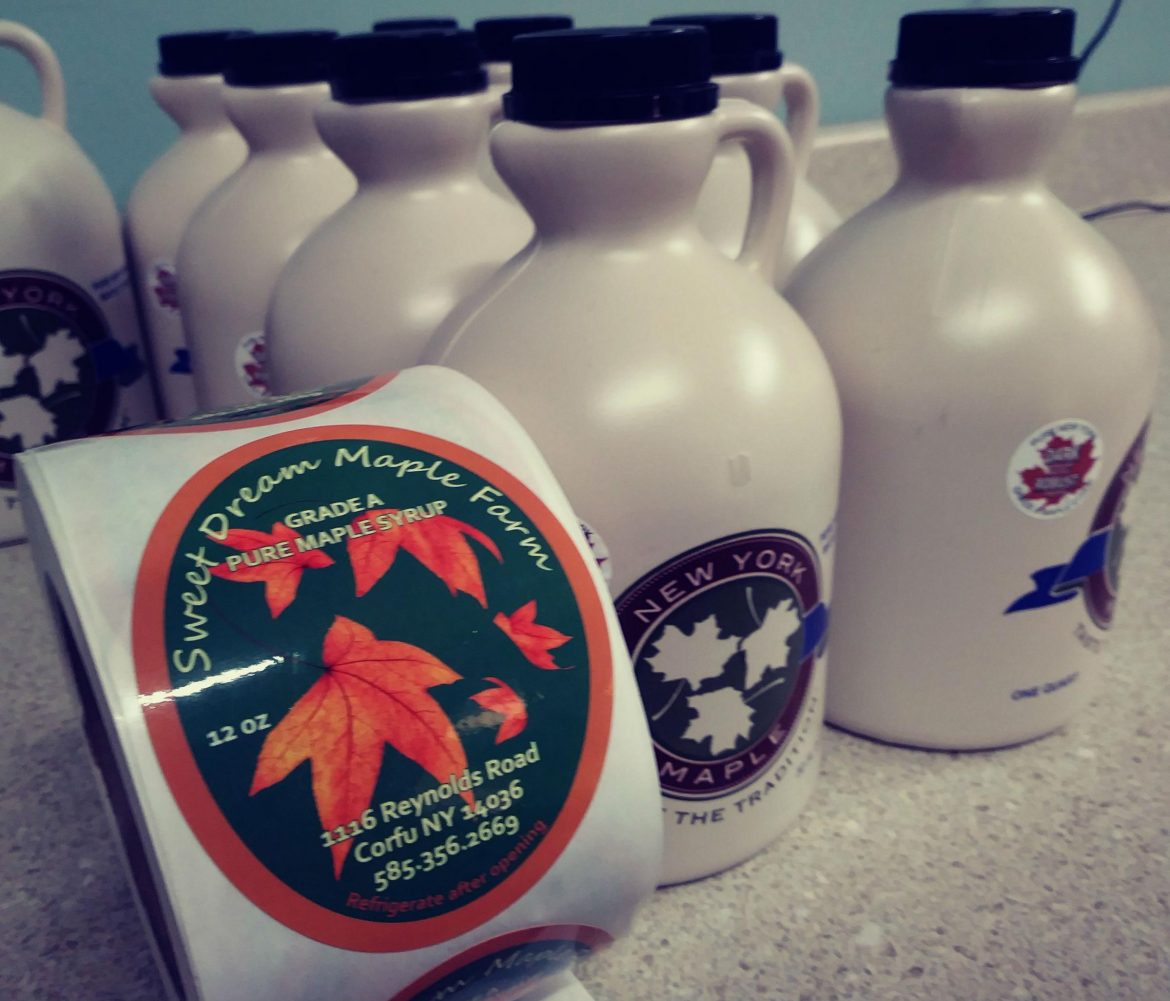 Farmer Al Stein isn’t convinced that climate change will have an effect on maple trees at all.

He taps about 1,200 trees on his property, about 20 miles from the Beyers’ farm. And he says, good forest management is key when adapting to any kind of change.

“There’s always a possibility that things in nature can change,” he says. “Do I think that we’re going to see reduction in maple trees so much that we won’t be able to make syrup? No, I don’t believe that, because we are managing our woods.”