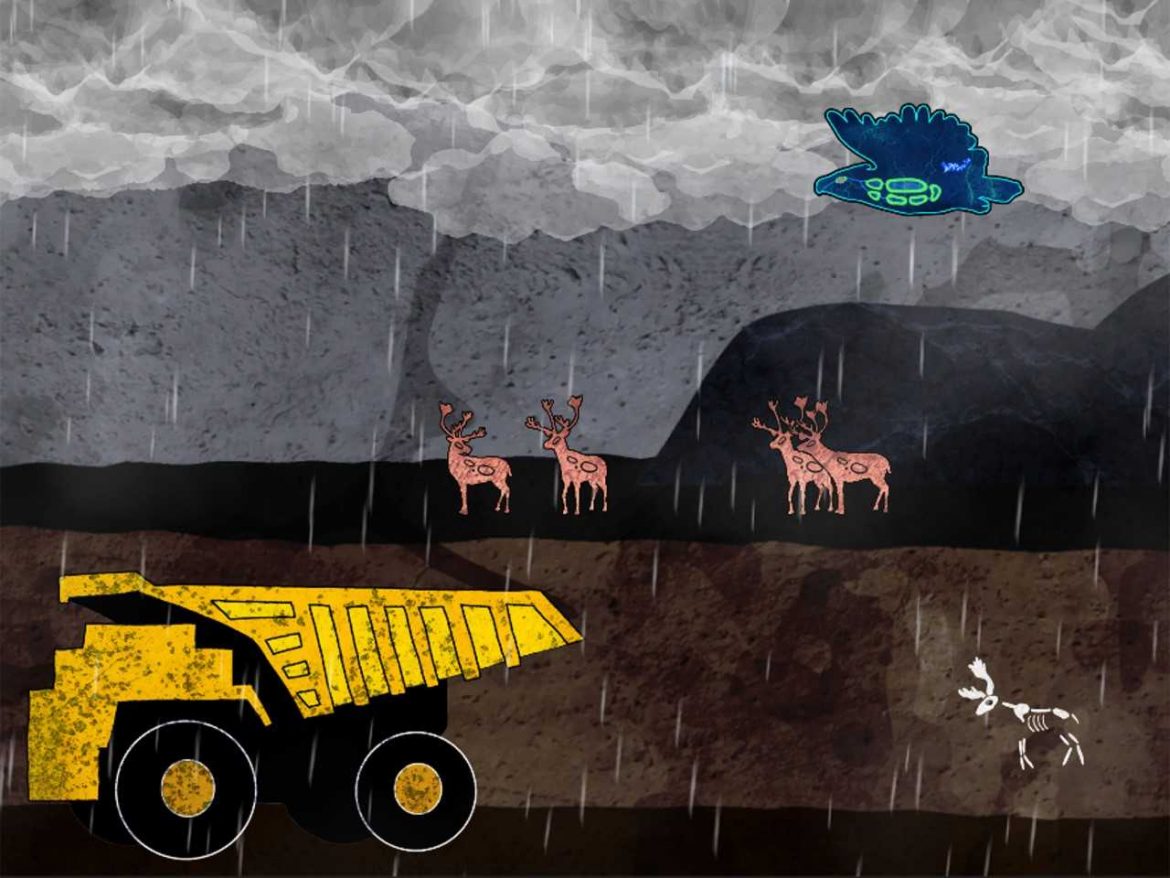 Players guide the thunderbird as it flies from right to left, striking objects and animals with lightning along the way. Image: Elizabeth LaPensée

The Thunderbird Strike video game has been criticized for everything from having poor graphics to promoting ecoterrorism. But creator Elizabeth LaPensée says there is one thing petroleum industry critics have never done: play the game.

Fair enough. I decided to play it myself to see if the criticism held up.

The art style, called “woodland” or “x-ray” by LaPensée, drew me in immediately. It’s a traditional Anishinaabe art form relating to the connection between breath, lightning and energy. The hand drawn images feature smooth stop-motion animation.

It took me about 15 minutes to complete one run on my PC. It didn’t feel that long, as I became increasingly immersed in the game’s atmosphere. There’s no way to lose. The goal is to score as many points as possible.

I definitely got that sense of choice. I mostly aimed to resurrect the caribou, wolves and buffalo with the thunderbird’s lightning.

Each animal carries symbolic weight. Caribou are in decline and may go extinct in Canada’s Alberta tar sands, LaPensée said. Wolves and humans have a long history as poor neighbors. Buffalo are featured because of their historical presence across the U.S.

The game has been downloaded more than 2,000 times. The original download link crashed from overuse. 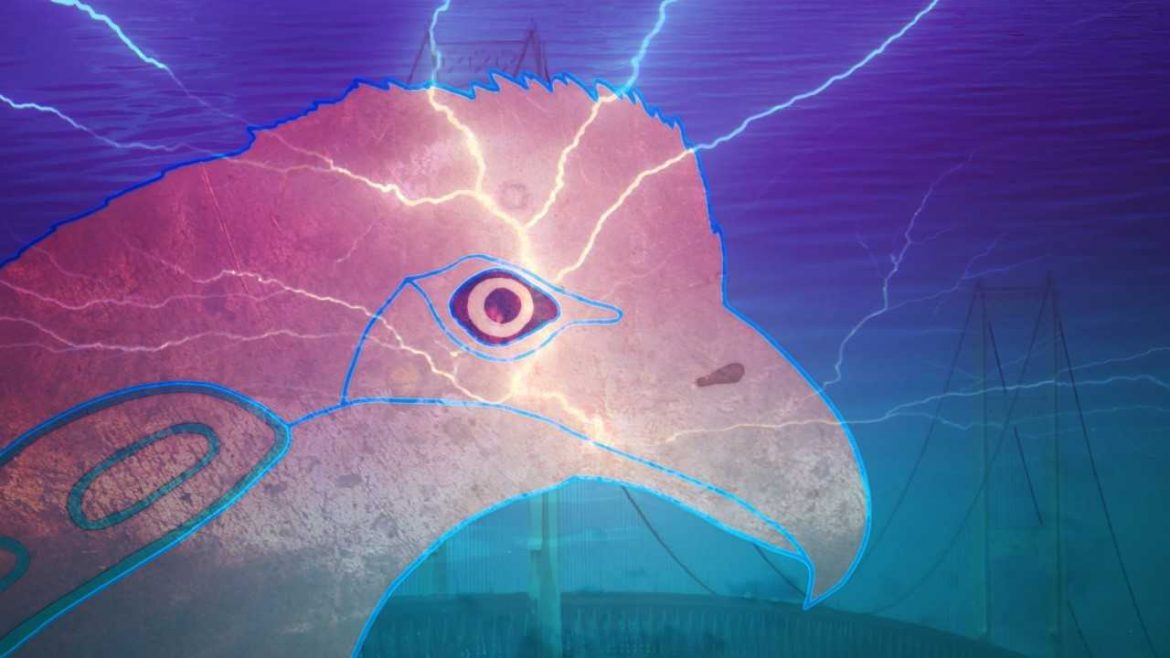 A screenshot from the game. Image: Elizabeth LaPensée

When LaPensée’s funding was called into question, fans wrote letters of support to the Arrowhead Regional Arts Council. That helped not only Thunderbird Strike, but other artists seeking funding, LaPensée said.

“That award means the most to me out of anything in my career,” LaPensée said. “From now until forever, that is the most meaningful award for me. Just to be honored that way by my peers is just a really incredible experience.”

The game was also shown at a solo exhibition in Yellowknife, Canada. Community members held a high score contest and learned more about the game’s message of environmental awareness and the potential damage oil pipelines can cause.

Releases in more formats and bug fixes are next. LaPensée said she also hopes to bring more awareness to the environmental issues surrounding oil pipelines. She insists the game is “not a training manual for ecoterrorism” and encourages people to play and discover its intentions for themselves.

I won’t deny the particular thrill in taking down a snake made of oil and metal. It’s an experience I could never have in reality. But that’s precisely what makes the game so powerful. I got no sense of violence while playing, only the idea that I was changing the landscape.

Regardless of whether the player understands the symbolism, Thunderbird Strike is still a lot of fun. If it makes players curious about the issues it presents, so much the better, LaPensée said.

“I hope that it will draw awareness to the issues around pipelines and indigenous stories about what’s happening to the lands and waters because of them,” she said. “I hope they will make meaning for themselves out of the experience and they will be excited about indigenous games.”

Thunderbird Strike is available for a free download at its website, the Google Play Store and Apple’s App Store.