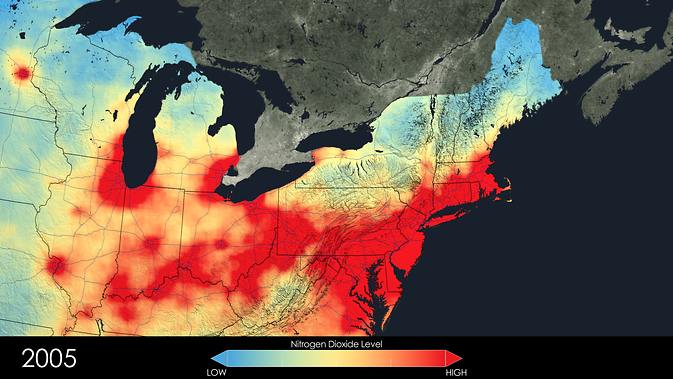 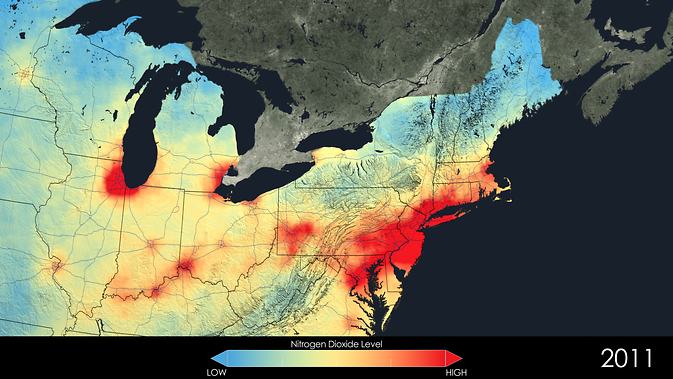 These images show that people are breathing less nitrogen dioxide, a yellow-brown gas that is one of six common pollutants regulated by the U.S. Environmental Protection Agency.

The gas is associated with automobile exhaust and power plant emissions. NASA says it’s also a good proxy for air pollution in general.

More about satellite measurements of air pollution can be found here and here.

And here’s another way of looking at it: United_States_NO2_map