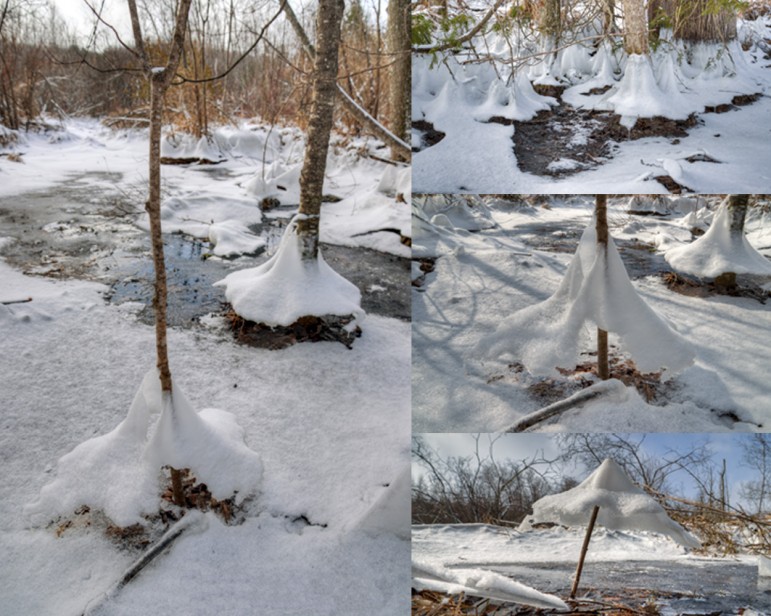 These photos taken by Ken Scott on April 14 show ice skirts formed near the bottom of trees and shrubs in northern Michigan.

The images are posted on the Earth Science Picture of the Day feature produced by NASA’s Earth Sciences Division.

This phenomenon was caused by heavy springtime rain falling on top of several inches of snow. As the water receded, temperatures in the area plunged — causing top layer of water (also the coldest layer) to freeze while the layers below the surface were more insulated and melted away.

Have you ever seen an ice skirt before? Let us know in the comments. And if you’d like to submit your own picture for our Photo Friday series, email us at greatlakesecho@gmail.com or reach out on Facebook or Twitter.