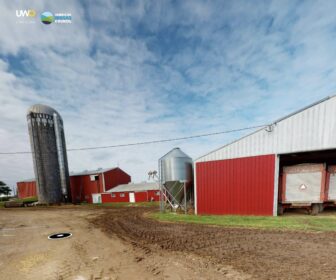 The project started six years ago when Agra Energy searched for waste streams to turn into fuel and that went into existing infrastructure such as tanks, pumps and engines.

Those are then separated to make diesel and jet fuel – something called the fisher trope process. It is a process used on a large scale by companies like Shell and Arco in countries such as Qatar and Malaysia to ship natural gas, but not by using waste streams.

“What they do is convert liquids and then they are much easier to ship,” Long said. “It’s not that it doesn’t exist, but applying it specifically to waste streams and that small scale is what was unique about what Agra’s bringing in the research at University of Wisconsin, Oshkosh.” 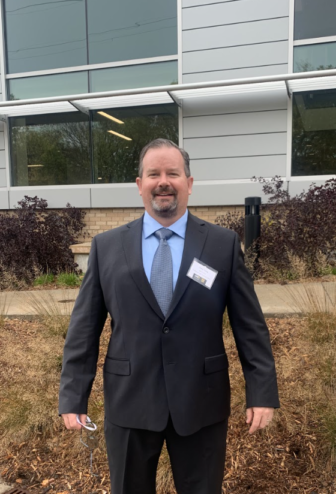 After a successful pilot facility was built and operated at the university in 2020, the new facility will be running in early 2023.

The process produces diesel and jet fuel but not gasoline. Gasoline needs aromatics which the particular technology of this process does not create, Long said.

Biogas also helps mitigate emissions that would have otherwise escaped from landfills or manure lagoons and contribute to the greenhouse gases that produce climate change. Using the methane these sources produce dramatically reduces its climate impact by converting it into carbon dioxide, according to the World Wildlife Fund.

The facility is in New Franken, right outside of Green Bay. It was strategically placed in Wisconsin because of that state’s “untapped biodigester market,” said Kenneth Johnson, the biodigester research and operations manager at the University of Wisconsin, Oshkosh.

A lot of the biodigesters in Wisconsin just process the manure, Johnson said. Sometimes, farmers will even just flare, or burn, the gas and not use it at all.

The University of Wisconsin, Oshkosh, has one of the first research operated digesters in the nation. By having gas-to-liquid systems, many other groups that want to do similar work with biodigesters and renewable biofuel will go to Oshkosh to test their products and ideas, he said.

“Coming here was a great opportunity to buy up some of the market for this fuel because we have a ton of digesters and farms,” he said.

As the first facility in the state, Johnson is expecting some growing pains to commercialize the fuel with a competitive market. People must realize there is value to biogas, he said. There needs to be buyers.

As a new fuel source, there is a challenge to certifying biofuel as diesel. When diesel is produced, so are equal parts of jet fuel, he said. Jet fuel is harder to certify because a jet could stall in the air. 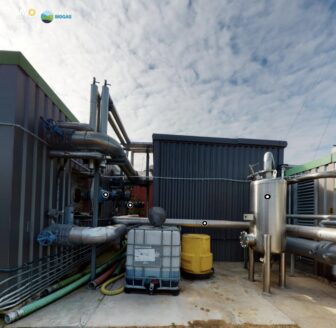 “The goal is to show that the diesel production in the facility works great,” Johnson said. “And then their future push is to certify the jet fuel. So, the biggest challenge now is to make sure that what they are producing meets specs that are required from certification panels.”

The goal for the new commercial facility is to make about 1,800 gallons of fuel per day, Long said.

There is only so much energy left in the manure after being digested by a cow, which limits the amount of gas available.

“But obviously there are other farms,” Long said. “So the goal is that after we get the first farm going, it is to partner up with other sites that also have waste streams and create the multiplier effect by virtue of multiple sites.”

Agra Energy has already hired three students out of the university, all of whom have worked on the pilot research and are now employees at the commercial site.