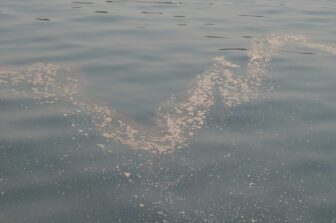 For the first time, a genome sequence has been developed for an unfamiliar species of harmful algae that’s been blooming in the Great Lakes.

A genome is the complete set of genetic material in a cell or organism. It provides all information on the needs of the organism. Having the DNA for a harmful algal bloom helps scientists identify its properties quicker, compare it to other species and predict where it may appear. It could lead to better ways of controlling it.

In a recent study, published in Science Direct, researchers from the University of Minnesota reported on a sequence for dolichospermum lemmermannii or doli, for short.

This cyanobacteria can be toxic. It forms gas vesicles, causing it to rise to the surface, creating surface blooms that are visible from shore. On Lake Superior, doli looks like a brown foam on the water’s surface. Samples from Lake Superior show that doli has been present over the past 50 years, but researchers rarely sampled it because of its inconsistent presence in the lake and limited resources.

Algal blooms are caused by the rapid growth of algae, which can result from warmer water temperatures and increased nutrients in the water, like phosphorus and nitrogen.

They deplete oxygen in freshwater lakes, leaving fish and wildlife without food causing dead zones where entire populations will relocate or die off. The overgrowth blocks sunlight from the underwater plants and organisms too. Not only do they produce odors, but swallowing algal bloom particulates can cause serious gastrointestinal symptoms. If the blooms are contacted directly, they can cause skin and eye irritation.

In the summer of 2018, Chris Filstrup, an applied limnologist at the University of Minnesota, was alerted of a doli bloom in Lake Superior.

The sighting was a surprise because such a bloom hadn’t been physically seen in 50 years of research, Fistrup said.

You wouldn’t expect a surface algal bloom on Lake Superior because of the temperature and size of the lake, he said.

But , the frequency and magnitude of all types of algal blooms have been increasing across the Great Lakes, said Filstrup. The recently published study highlighted that the significant presence of doli during this event may be caused by increased water temperatures.

Cody Sheik, lead author of the study and an associate professor at University of Minnesota, said the novel finding offered a unique opportunity.

“This was the first time that we’ve been able to capture both looking at it under the microscope and being able to say this is the genome of this organism,” Sheik said.

Just using visual cues to determine characteristics of the algal bloom is difficult, Sheik said. Looking at the genome sequence enables researchers to identify vital information about the organism quicker, like toxicity.

After rushing to the scene, gathering samples and examining genome results, Filstrup and researchers were relieved to find that this cyanobacterial bloom didn’t contain toxic properties. 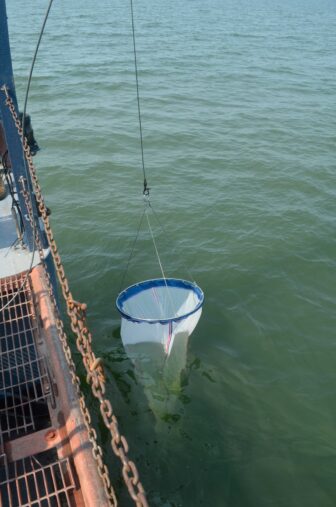 University of Minnesota researchers use a net to collect samples of a Dolichospermum algal bloom on Lake Superior. Image: Chris Filstrup

Knowing the toxicity of an algal bloom is crucial for coastal communities that are using the lakes, Filstrup said.

“It allows us to look for toxin production,” Sheik said. “Having the genome gives us the extra flexibility to determine what this organism is producing and not producing.”

Capturing the genome sequence will allow researchers to monitor doli blooms in the future and understand how algal blooms grow, Sheik said.

“We can look at the genes that are on the genome of this organism, figuring out how it acquires nutrients, like nitrogen and phosphorus from the environment and really start thinking about how this organism lives in Lake Superior,” Sheik said.

The genome sequence of doli will be important for comparing algal blooms across the world, Sheik said.

“Having a genome really gives us new insight into who this organism is and how this organism is related to other genome sequenced cyanobacteria from around the world,” Sheik said. “It gives us more of a global perspective because we can directly compare this Lake Superior version to ones that are happening in Lake Erie to ones that are happening in Finland.”

The idea of creating solutions and mitigation practices against algal blooms through genome sequencing is something that needs to be explored, Sheik said.

“These sorts of genomic tools are still pretty fledgling in the grand scheme of tracking algal blooms and thinking about policy management,” Sheik said.

Mitigation efforts include reducing the amount of nutrient runoff going into lakes, active water quality monitoring, aeration, chemical treatment and more. Currently, there is no universal method to prevent these algal blooms.

“This is preliminary research, and it will be interesting to see how the research will be implemented into figuring out solutions for algal blooms on the Great Lakes,” Filstrup said. 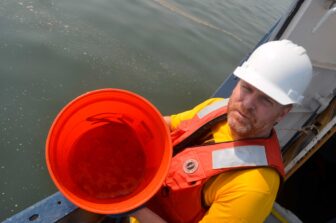 There are mitigation tools that smaller lakes are using, like cyano trackers, which help local communities assess the safety of beaches. But there are no solutions or preventative measures for larger lakes like Lake Superior, Sheik said.

“It will be interesting to see how we people will manage the largest body of freshwater in the world,” Filstrup said.

Genome sequencing may be the place to start.