Editor’s note: This is the second story in a series on environmental issues in the 2022 election.

Election Day was a winning day for many Great Lakes candidates endorsed by environmental groups for U.S. House seats.

Among them were Democrats Jonathan Jackson of Illinois, Hillary Scholten of Michigan, Angie Craig of Minnesota and Marcy Kaptur of Ohio. Jackson and Scholten will be newcomers to Congress, while the other two are incumbents. 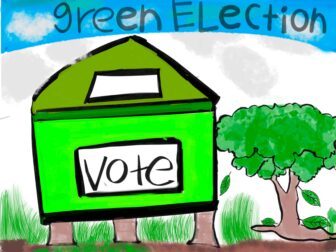 Their backers included the League of Conservation Action Fund.

“Kaptur’s leadership fighting for clean water for all people in Ohio and for clean energy programs has never been more urgent,” Tierman Sittenfield, the fund’s senior vice president for government affairs, said in a press release.

Sittenfeld also said Jackson “has made it clear that climate, racial justice and democracy will continue to be his top priorities, and we look forward to having his voice in Congress fighting to advance our clean energy economy, create good-paying jobs, and protect the health and safety of all communities.”

As for Scholten, who flipped a previously Republican seat, he said she is “dedicated to fighting for clean water, energy and creating green energy jobs.

According to OpenSecrets.org, its political action committee spent $201,394, making it the lowest amount spent on an election cycle in more than 30 years.

In the Great Lakes region, the Sierra Club endorsed 67 candidates running for the House.

According to the Cook Political Report, Craig’s seat in Minnesota was classified as highly competitive this election cycle.

The Sierra Club cited her advocacy for reducing fossil fuel use and supporting environmental sustainability.

Josh Davis, the co-chair of Sierra Club North Star’s political committee, said Craig’s record shows that environmental issues are a priority to her.

“She understands the challenge of combating climate change and the opportunities provided by good, family-sustaining jobs in clean energy,” Davis said in a press release.

According to Marc Smith, the policy director of the Great Lakes Regional Center of the National Wildlife Federation, there was neither a blue wave nor a red wave on Election Day, but it was clear voters were thinking green.

“I’d say that it’s an endorsement of some of the existing policies that the (Democrat-controlled) House and Senate have passed,” Smith said. “For example, a bipartisan infrastructure bill that provides tons of money for the states to implement drinking water projects in their state and remove lead pipes, helping provide safer, cleaner drinking water for different types of communities.”

Smith also pointed to the Inflation Reduction Act, “which helps provide tons of resources to help with the climate crisis” and took effect in August.

Voters liked the direction of those policies, he said.