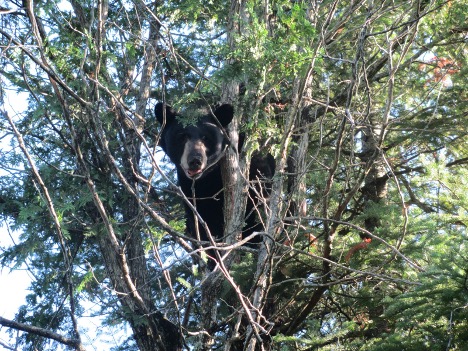 There’s nothing exotic about deer hunting when you live in a Mid-Michigan farming community.

Although it may be a rite of passage for many, it was not for me. I grew up preferring the comforts in life.

And tree stands are not comfortable.

It wasn’t until the seventh grade that my family members in northern Michigan convinced me to accompany them on what was sure to be an extraordinary tale for my hunting friends.

It was hot. Really hot. The sweat dripping down the sides of my body couldn’t be seen for all the layers I wore. But the sweatshirt and jeans protected from more than just thorns and broken branches.

Before we left that morning, my cousin gave a quick lesson about ticks and how even with long sleeves I needed to check my body for them.

In my 13-year-old mind, searching for ticks was a side quest in a video game – nothing too important. We were in search of something much more exciting: The American black bear. 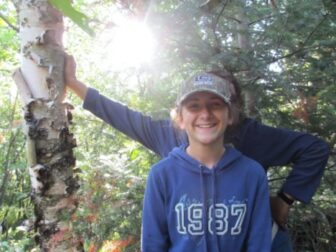 We blazed a trail in the direction of the hound dog symphony.

It took at least an hour to get to the dogs and hunters circled around a tree. We tracked the bear all morning. Ticks were the last thing on my mind.

There were casualties: My cousin lost her glasses in the muddy abyss, and I smelled like pickled bologna from the spilled contents in the truck.

And there were rewards: Perched comfortably in a sturdy tree, a beautiful black bear waited for our departure.

This was a training run. Before kill season in the fall, bear hunters train dogs in the summer to follow the bear scent. I tagged along each training season until I was a senior in high school.

In all that time, I never checked for ticks. And I never had one.

Fast forward three years when I helped a friend in college clean the side of a highway in honor of her deceased mom. I ended up with three ticks on my back. I got them off before they could latch on.

How is it that I never saw a tick in six years of hunting through thick woods, but I had three on my back after a day’s worth of highway cleaning?

Michigan’s Lower Peninsula has seen a dramatic increase in ticks in the past 10-15 years, said Howard Russell, an entomologist at Michigan State University. And that’s not without consequences. 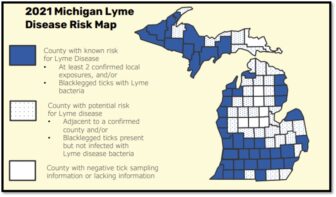 According to the Centers for Disease Control and Prevention, Lyme disease symptoms can include a fever, headache, fatigue or a rash. If it goes untreated, it can spread to the joints, heart and nervous system.

The United States Environmental Protection Agency reports evidence that climate change helps ticks to spread to areas that once were too cold for them, which increases the chances of people getting Lyme disease.

There is likely no silver bullet to stop ticks and tick disease, Tsao said.

Discarding fallen leaves and piles of wood can reduce the risk of ticks in your yard, she said. Hunting deer helps because ticks attach themselves to large animals to survive long enough to lay eggs.

That said, you’d have to kill a lot of deer to affect ticks, Tsao said. One can lay a couple thousand eggs.

I often associate climate change as something harmful to the environment, the economy or recreation. I’ve never thought of it as something that can lead to the spread of life-threatening illnesses and nasty bugs.

Gone are the days when I could afford to be naïve about the risks of ticks and Lyme disease. They were once a myth in my mind, but now they’re an occupational hazard.

There may not be a silver bullet, but we can certainly use several normal ones to take down their hosts.

Or better yet, we can hunt the root issue of climate change.

Shelby Frink is a reporter for Great Lakes Echo. This essay is part of a series on the impact of climate change.