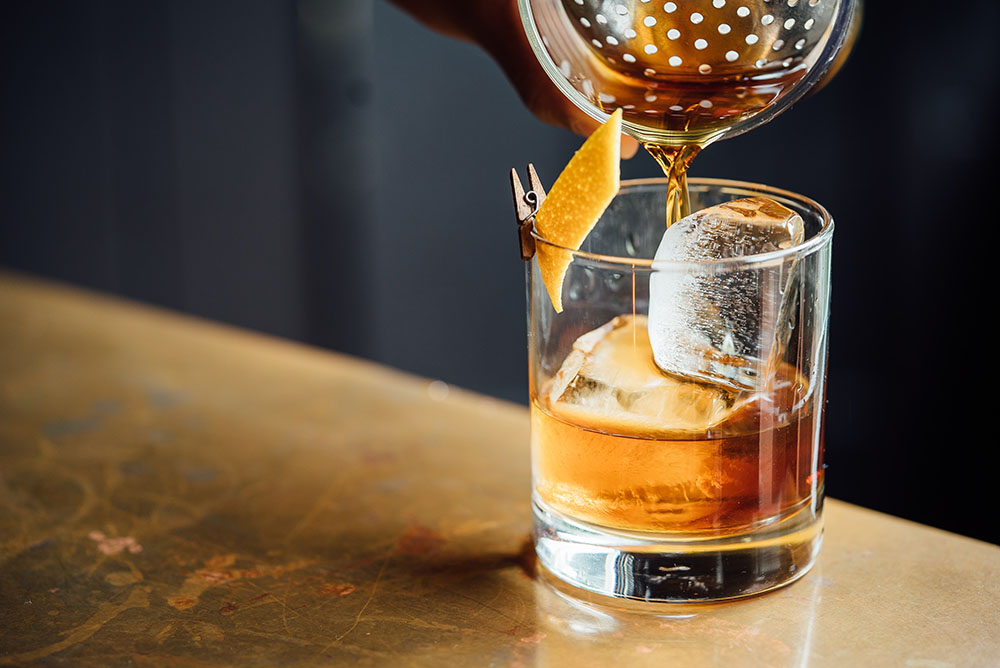 Sunday morning strolls to the farmers market could include a few stumbles home if distillers are given permits to sell at them.

Small winemakers can buy Michigan farmers market permits to conduct tastings and sell alcohol for consumption off the property.

Farmers markets are a new way to reach customers, said Jon O’Connor, the president of the Michigan Craft Distillers Association and owner of Long Road Distillers in Grand Rapids.

“For a long time, winemakers have had the ability to taste and then sell directly to consumers at farmers markets,” O’Connor said. “This is a great opportunity to put our members where we think valuable customers are at.”

The bill, sponsored by Rep. Pauline Wendzel, R-Watervliet, has been referred to the Regulatory Reform Committee. It does not include craft beer tastings.

Under the proposed legislation, tastings and sales must be limited to a clearly marked area and monitored by the permit holder, said Amanda Shreve, the executive director of the Michigan Farmers Market Association in East Lansing.

“Some markets during the peak of the pandemic had to limit the amount of vendors they had in order to allow customers to move safely,” she said.

Shreve said it has been necessary in some cases to allocate additional space in the market to tastings.

“If we’re trying to maintain the ability to sample and socially distance folks, it in many cases has necessitated additional space to be allocated to the winery,” she said.

But those restrictions aren’t unique to drink tastings, said Sara Johnson, the manager for the Downtown Marquette Farmers Market.

“Sampling is a very powerful selling tool, and the pandemic really forced a lot of people to have to change the way they’re doing business,” Johnson said.

The ability to have tastings in farmers markets could lead to more sales, said O’Connor.

“The best opportunity for small-town Michigan companies is to get out and in front of people,” O’Connor said. “People who shop at farmers markets are supporters of things made locally, and with craft spirits we often use a lot of local grain or fruits in our product.

“If you’re at the farmers market, you’re going to be able to meet someone who can explain to you where the grain in the product came from and why it makes a superior product,” he said.

O’Connor said the association has been approached by farmers markets that want distillers included.

And the addition of distillers could help farmers across the state, said Shreve.

O’Connor said many farmers can get a better price selling to a distiller than to a mill because distillers pay a premium for high-quality local grain.

“You’re supporting a small business and a farmer,” he said.

Permits would have to be approved by the local police agency and a farmers market manager.

“It was really exciting, and more of a unique offering to have at a farmers market,” Johnson said. “Because of their participation in the market, we’ve developed a stronger relationship with them as well.

There’s a new distillery in downtown Marquette, and I would love it if I would be able to welcome them to the market,” she said.