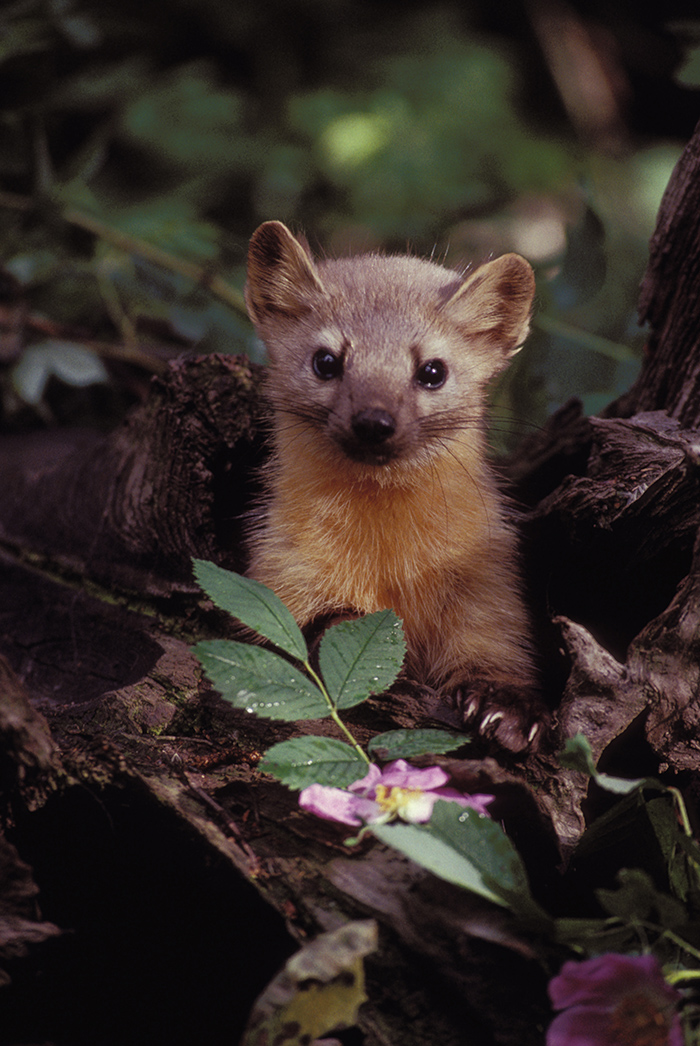 Scientists have discovered a Lake Superior refuge for a declining weasel-like carnivore.

The American marten was rediscovered on Lake Superior’s Apostle Islands in 2014, several decades after it had disappeared, according to a recent study published in Ecological Applications. This member of the weasel family weighs in around 2  pounds and has soft, thick fur that varies from light to dark brown.

Martens were driven to extinction by habitat loss and over-trapping in the upper Great Lakes region, said Jonathan Pauli, a carnivore ecologist and a professor at the University of Wisconsin Madison.

To replenish the population, conservationists have reintroduced the species across the region, Pauli said.

“(Our research) has been able to show that some of these individuals that were reintroduced ultimately made their way back to the Apostle Islands and then to colonize the Apostle Islands,” Pauli said. “Which is really a kind of cool success story if you think about it, that there’s an unintended colonization event in place that we didn’t really expect from a very intentional reintroduction effort.”

While the martens have struggled on the mainland of Wisconsin they seem to flourish on some of the Apostle Islands, according to the study.

The Apostle Islands span about 720 square miles of Lake Superior, including water, according to Britannica.

Of the 21 Apostle Islands, five have a consistent presence of martens, said Matthew Smith, the lead researcher on the study and a graduate assistant at the University of Wisconsin Madison.

Four other islands also have martens, he said.

Various species of martens span the U.S. and Canada and areas of Europe, Smith said. Their history of species decline and relocation in the Great Lakes region dates back to the 1920s when a lot of forests were cut over rapidly, he said.

Combined with over-harvesting of the martens, they were extirpated from the region, which means they were extinct from the region but still existed elsewhere, Smith said. Starting in the 1950s, martens were brought back to Wisconsin so they could be hunted recreationally and used for fur.

“After that occurred, really a lot of the states wanted to bring martens back because they are a fur-bearer and there’s some recreational interest in trapping martens,” Smith said. “So they started translocations way back in the 50s.”

In the 1950s, about two reintroductions brought about 10 martens to Stockton Island, said Julie Van Stappen, the chief of resource management at the Apostle Islands National Lakeshore. They were rediscovered when a visitor snappeding a picture of one in 2014

“We weren’t aware there were any martens on the island,” Van Stappen said.

Around the same time, cameras were deployed on Stockton Island to monitor mammals, she said. The discovery of martens led the lakeshore to expand their camera tracking to nine more islands.

Apostle Island visitors have helped in understanding which islands the martens inhabit, said Erik Olson, a researcher on the study and an associate professor of natural resources at Northland College.

“They looked at the guidebook with the volunteer and he said they pointed to an American marten,” Olson said.

Olson said pictures and logged sightings help with understanding the islands’ marten populations. This information can be challenging for wildlife professionals to verify. But Smith’s contribution of genetics to tracking the population is dependable, he said.

“It’s all genetics and the genes don’t lie,” Olson said.

Upon their surprising discovery on the island, Smith and his research team began using genetic tracking to discern island martens from other martens, Smith said.

More work is needed to understand why the Apostle Islands are creating a potential refuge for them, Smith said. The lack of predators and a more complex forest on the islands could explain the mystery.

The islands also have more of the small mammals that are the martins’ preferred prey, Pauli said.

“The idea is that the Apostle Islands then act as a refuge,” Pauli said. “They hold on to all of these historical characteristics. They used to be present throughout the region, but because of how we’ve either managed forests or species expansions or the composition of communities, the mainland is quite different.”

Because the Apostle Islands reflect the past environment of Wisconsin, they’re well-suited for marten recovery, Pauli said.

There are already two designated marten protection areas in Wisconsin, but the Apostle Islands could become the third, Smith said.

“Just identifying these important areas (for) the only state endangered mammal in the short term is pretty important,” Smith said.

In the long term, the Apostle Islands have the potential to be a holdout for martens in the region if the species declines in other areas like the mainland, Smith said.