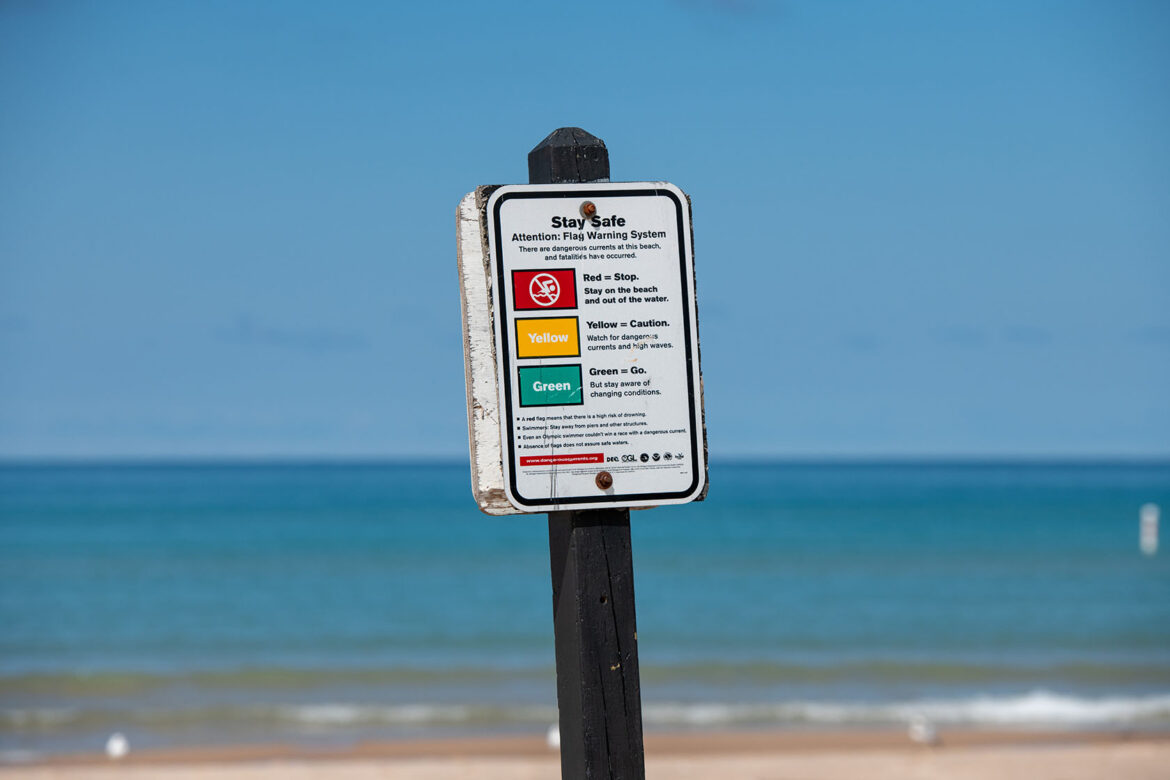 One would stop the state Department of Natural Resources from enforcing temporary swim bans when water and current conditions are dangerous. It is sponsored by Reps. Luke Meerman, R-Coopersville, and Bradley Slagh, R-Zeeland.

It is a response to a proposed order by the DNR that would allow the agency to restrict beach access in times of dangerous water conditions, during water rescues and in the presence of bacteria or contaminants.

Meerman said the bill is necessary to curb government overreach.

“I appreciate the government and all that it does to help us organize ourselves, but there’s a limit to it,” Meerman said. “For me, this is past that limit.”

The DNR’s proposed order defines dangerous conditions as waves higher than 3 to 5 feet. Currently, many state parks use flags — green equals go, yellow means caution and red warns visitors to stay out of the water.  But people are not required to heed the warnings.

Meerman said the red flag system should be kept as is.

“Government doesn’t need to be involved in physically keeping people out and giving out fines,” Meerman said. “I think the red flag itself is what we need.”

The DNR doesn’t yet have a position on Meerman’s bill because of its recent introduction, according to Ed Golder, a departmental public information officer.

The agency’s authority on the beaches is land based, so enforcement isn’t currently possible once a person enters the water. Golder said the DNR’s order would help promote beach safety.

“The fundamental purpose of the land use order on beach access is to protect human safety when conditions demand it,” Golder said. “Having this authority would give us one more tool to help prevent drownings on the Great Lakes on beaches that the DNR manages.”

But critics say the flags often do not reflect conditions and are not updated frequently enough.

“A DNR officer might go to a state park beach at 7 a.m. when the water is flat, so they put up a green flag,” said Dave Benjamin, the executive director of public relations and project management for the Great Lakes Surf Rescue Project. “And they might not come back until noon.

“During that time, the conditions could go from green to yellow to red, but the flag still says green,” he said.

There have been 83 Great Lakes drownings in 2021, according to the Great Lakes Surf Rescue Project. Of those, 38 occurred in Lake Michigan, 11 in Lake Huron and four in Lake Superior.

Benjamin said the DNR isn’t placing designated officers at every beach, and the lack of enforcement is one reason behind drownings.

The proposed DNR order says that prohibiting access would not be determined by red flag days alone, but by reviewing multiple criteria.

“For some places, a red flag just means high surf. For others, it means no swimming,” Benjamin said. “If it does mean no swimming, there’s no enforcement of it.”

Benjamin said the beach flag system is a tool for lifeguards to use and not a replacement for a lifeguard.

“Lifeguards save lives, and all of this is just wasting time and taxpayers money,” Benjamin said. “Now you’ve got state legislation talking about the flag system, but what they’re really talking about is that it’s being used incorrectly.”

Both pieces of legislation distract from necessary beach safety improvements, he said.

“I appreciate that the DNR is working to create some kind of swim ban during red flag conditions, although it needs some critiquing,” Benjamin said. “But now we have the state legislature that’s going to forbid them from doing anything.

“We need to get everybody on the same page here,” he said.

DNR director Daniel Eichinger announced his intent to sign the order at the last Natural Resources Commission meeting, but has not done so yet, Golder said.

The order would not take effect until next May.

The bill has been referred to the House Committee on Natural Resources and Outdoor Recreation.