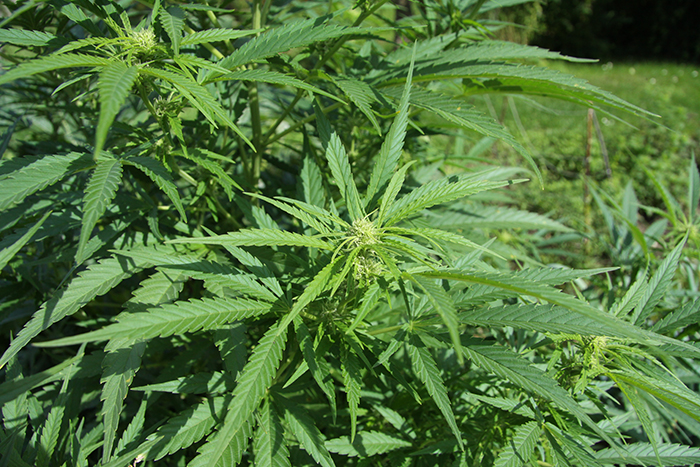 Michigan’s hemp industry could get up to $100 million in federal funds to help it compete globally under a proposal pushed by a nationwide growers association.

The state is one of four with emerging hemp industries targeted by the National Hemp Association, along with Oregon, New York and Florida. The funding would be for developing a “regional super site” in each state to aid in the industry’s growth, said Geoff Whaling, the association’s chair.

Hemp is a cannabis plant with a very low percentage of THC, the psychoactive element of marijuana. Developing the industry could benefit Michigan environmentally and economically, Whaling said. The plant has many uses, but the state’s auto industry is what makes it a target for development.

“The biggest potential use for hemp today, outside of food, is the automotive industry,” Whaling said. “That’s why we’ve called for $100 million of that money to be allocated specifically to Michigan.”

For example BMW is planning to reduce its carbon footprint by using hemp bioplastics, a renewable resource, in production, Whaling said. The growth of electric vehicles means more opportunities because hemp rope is lightweight and can hold an electric charge like copper.

The proposal comes as Michigan’s growers navigate the state plan for cultivation of hemp that lawmakers approved last year. The plan, implemented Dec.1 after U.S. Department of Agriculture approval, brought Michigan in line with the 2018 Farm Bill, which federally legalized the industry.

The USDA requirements involve state licensing and THC testing procedures to ensure plants don’t exceed the accepted threshold for industrial hemp. If samples test above the 0.36% limit, farmers have to destroy the whole crop.

“Having that final rule at the federal level is a good thing, it leads to consistency among the states,” said Molly Mott, Michigan’s hemp program specialist. “It doesn’t matter if you’re talking about hemp, or pesticides, or any other range of topics regulated at the federal level.”

The state plan is a positive step for the industry, but there are areas where the system can be improved, said Blain Becktold, the government and industry liaison for IHemp Michigan, an affiliate of the National Hemp Association.

Becktold, the owner of Down On The Farm consulting services in Spring Lake, said a big issue for some farmers is the rules regarding CBD, a nonpsychoactive compound found in cannabis plants like hemp, in dietary supplements for people and feed for livestock.

The Food and Drug Administration prohibits CBD in food products like edibles or livestock. Under Michigan’s new plan, state-licensed growers are compelled to follow the federal guidelines and could face consequences for selling CBD edibles.

Many Michigan farmers who worked with plants high in CBD are now sitting on the hemp they grew two years ago because the products that contain it are federally illegal, Becktold said.

The oversupply has disrupted the legal market because a lot of the interest in hemp comes from companies that want to make CBD products. Those following the rules are at a distinct disadvantage.

“If we make any, we can’t sell edibles at the farm markets, it’s illegal,” said Joe Brown, owner of Brown’s Farmacy, Michigan’s oldest hemp farm market in Saranac. “So the only group in the whole state that is being affected negatively by this is the farm market folks.”

It is frustrating that he cannot have these products on his farm while the gas station several hundred yards away can carry them, he said.

The state requires anyone growing hemp to register with the Michigan Department of Agriculture and Rural Development and provide the growing location, Mott said. For those creating unlicensed CBD products, there is no system that requires testing or safety inspections. But there is no enforcement to stop the production and sale of these products, given the agricultural agency’s resources.

“The risks associated with each situation are assessed before a determination is made on whether enforcement actions should be taken,” said Jennifer Holton, the department’s communications director.

But state agriculture officials said the issue is important given the confusion for consumers regarding the legality and safety of these products.

Becktold said he hopes to see legislation passed to force the FDA to create a legal pathway for CBD in the marketplace. Mott said such legislative action has been proposed at both the state and federal level.

Whaling said there is no easy fix. FDA officials told him they won’t look at CBD as a dietary supplement and he doubts legislation would be able to address this issue. Therefore, Whaling said investment in Michigan, like the $100 million proposed, would focus on hemp fiber and grain, where there is unified national support.

Without solving this CBD problem, many hemp farmers are stuck in limbo. Those following the license system would be punished for competing with the illegal products spread across the market. That’s why Brown said the problem needs to be addressed as soon as possible.

“We’ve got a special set of rules for us, and people like us,” Brown said. “It’s been killing our industry.”