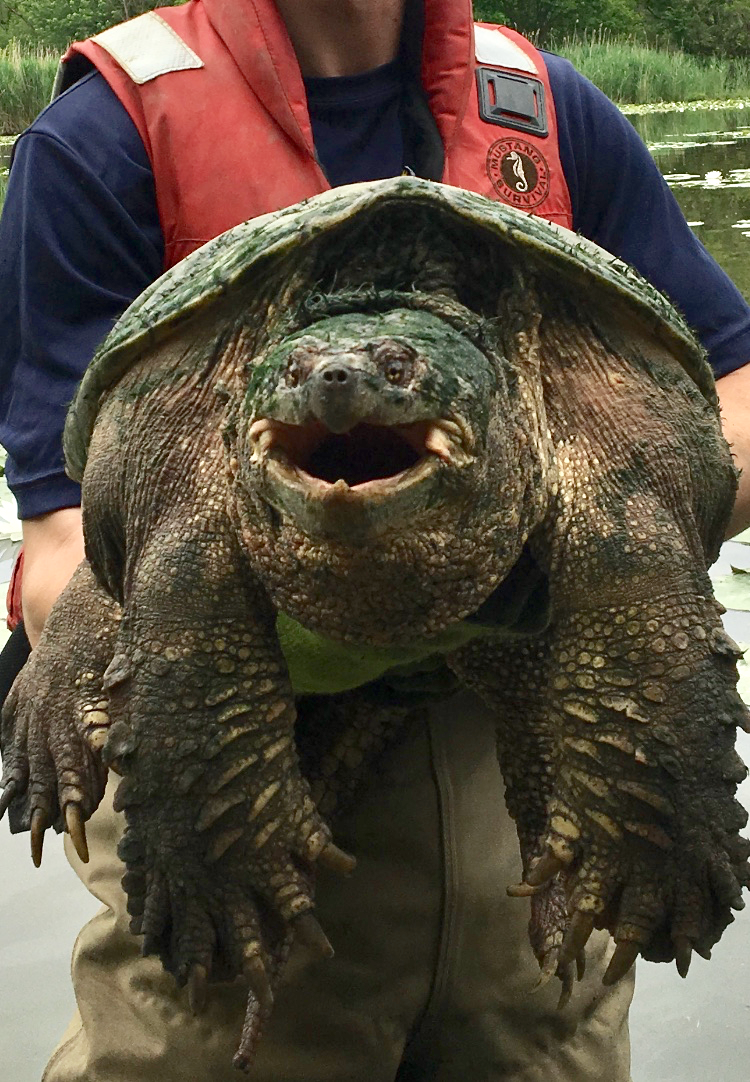 One of the largest male snapping turtles recorded in Canada. Image: Alex Cassidy

That’s according to researchers in Toronto who conducted a study to assess the turtle communities in coastal wetlands of Lake Ontario.

It’s estimated that about 85% of the wetlands and shoreline of Lake Ontario are gone, said Marc Dupuis-Desormeaux, a researcher at York University in Toronto.

This depletion of wetlands has had significant impacts on the surrounding wildlife.

Their habitat has changed so much, there is less of it and so many invasive species have arrived that the habitat is no longer similar to the one that they have evolved in, Dupuis-Desormeaux said.

The study documented species diversity, abundance and movement among wetlands.

The researchers got a snapshot of different wetlands for a particular year, in some cases, two year, to understand how those communities are evolving and whether the communities are improving, said Dupuis-Desormeaux, the lead author of the study published in the Journal of Great Lakes Research

Researchers captured more than 500 turtles from four native species (midland painted, snapping, Blanding’s and map) and three nonnative species (red-eared slider, false map and Chinese softshell). One of them was an “exceptionally large male snapping turtle, one of the largest recorded in Canada for both length and mass,” the study reported.

All the collection sites are in Toronto and Region Conservation Authority jurisdiction.

Nonnative species such as the red-eared slider and softshell are often found in the pet trade and released into the wild by people, Dupuis-Desormeaux said.

“A lot of them end up in marinas and wetlands, especially in urbanized areas,” Dupuis-Desormeaux said.

The turtles were documented using a capture-mark-recapture method that gives individual turtles a code so researchers know it’s the same turtle.

The study found many adults but few juveniles.

“In our case, we usually had adults and a surprisingly low number of juveniles, which means that not many are making it to the juvenile age group,” Dupuis-Desormeaux said. “Eventually, the danger is that adults die out.”

In Ontario, eight species of turtle are classified as threatened, of special concern or endangered. One is considered extirpated, meaning the turtle is no longer present in the province. 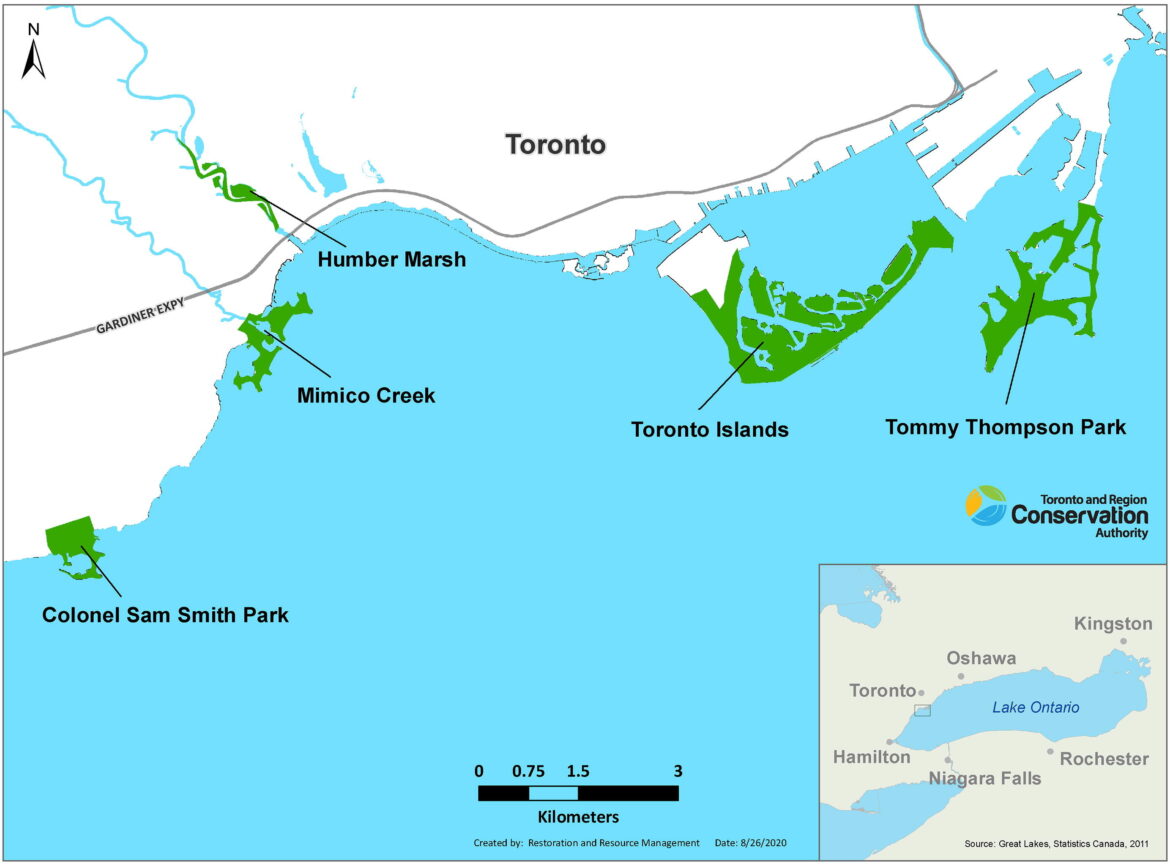 These species are normally at risk due to habitat loss, road mortality from vehicles and predators.

“Because we were looking at wetlands that are right on the side of the lake, cars are not a big issue,” said Dupuis-Desormeaux. 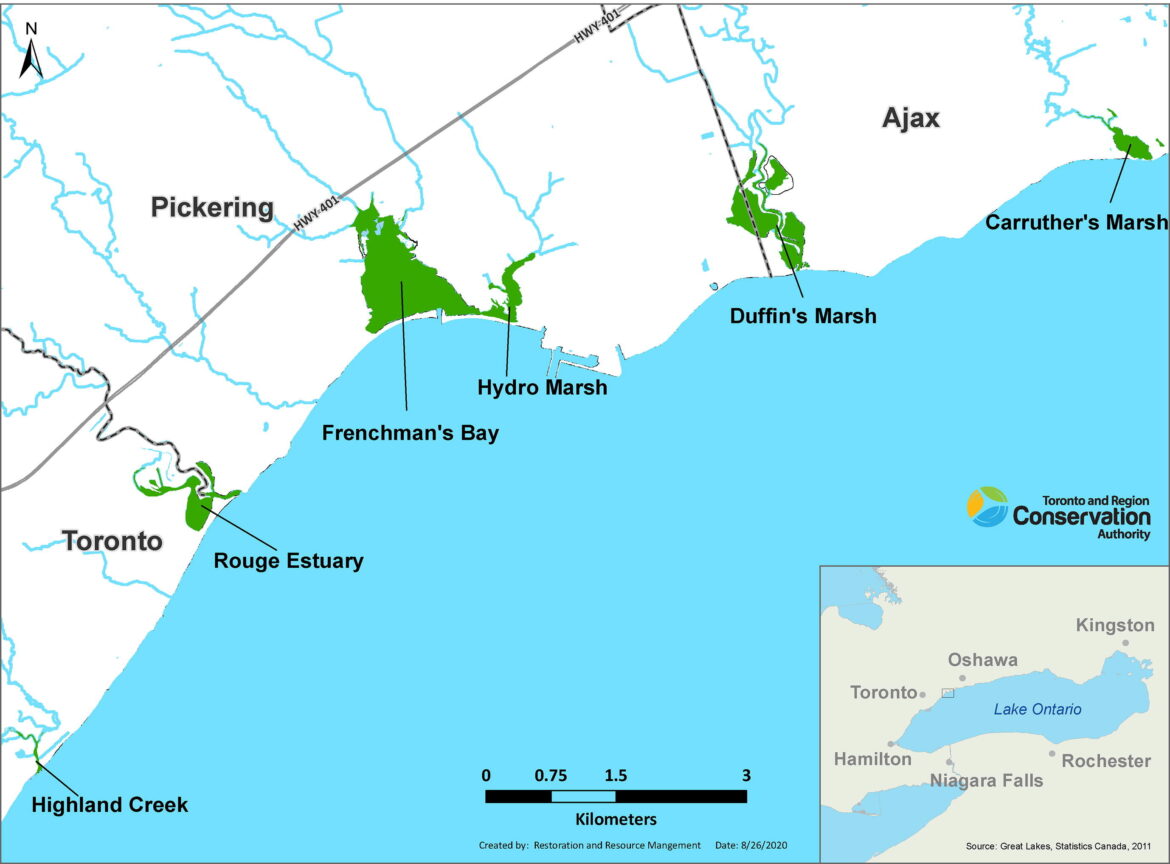 Subsidized predators —scavengers and predators like skunks and raccoons with broad diets that take advantage of foods from human sources, such as food wastes, handouts and roadkill — benefit from broad diets and are a problem for wetlands species, Dupuis-Desormeaux said. Sometimes they are at a higher density than normal in the wild because they have so much human food to pick from.

Turtles and their eggs are at increased risk of being eaten by these predators.

The density of turtles in the wetlands were lower than researchers had hoped.

“If you compare the density of turtles in the wetlands that we were looking at, compared to wetlands that have not been impaired in any way. The density we found was pretty low,” Dupuis-Desormeaux said.

“You need to replicate the study many times, every couple of years, and then you start developing a nice database that will tell you how things are evolving,” Dupuis-Desormeaux said.