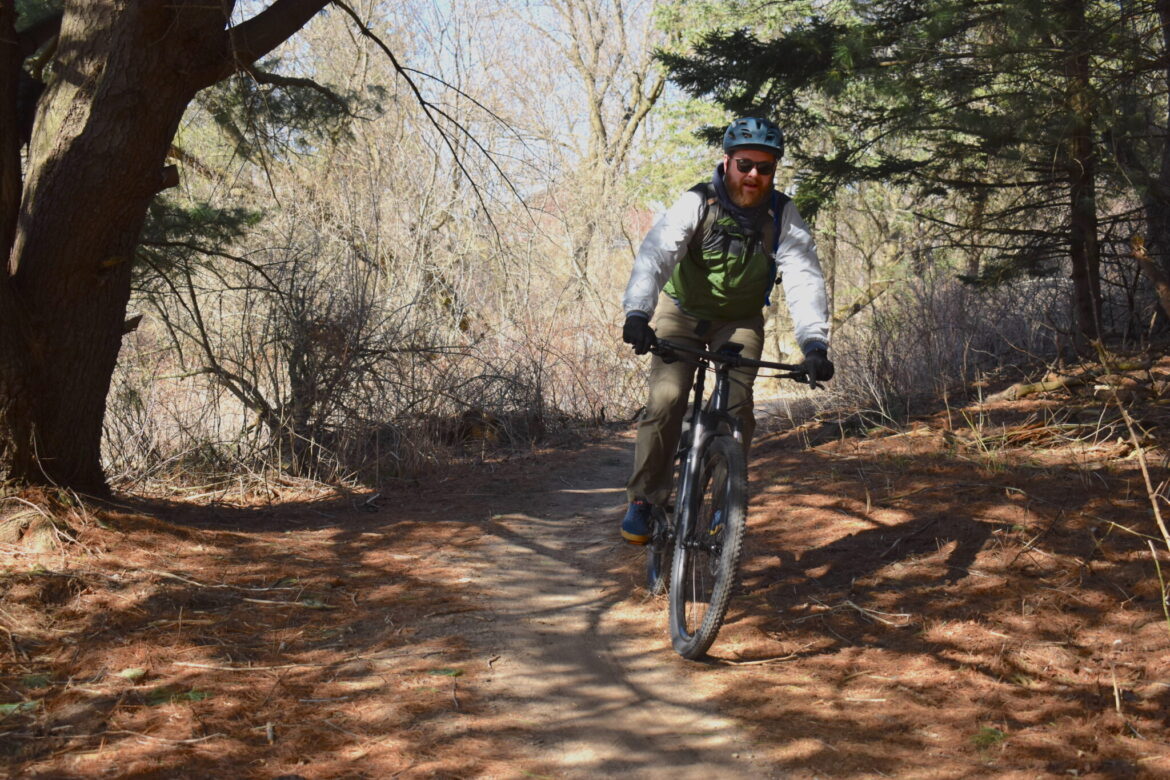 David Ludeke and his wife bought a Peloton early in the pandemic as a way to stay active. After almost a year of riding the stationary bike, this spring he decided it was time to take his spinning out of the house.

“I figured I’d take the skills from the bike to nowhere and go outside and get on a mountain bike,” said Ludeke, who is from Rockford, Michigan. “I ran into the issue of ‘there’s no bikes anywhere.’ I even dabbled with the idea of getting a mountain bike last year, but bikes were super back-ordered then as well.”

Demand for bikes has skyrocketed. Nationwide sales of mountain bikes rose more than 150% in April 2020 compared to that time in 2019, according to market research company NDP Group.

Ludeke had to drive to Fort Wayne, Indiana, to find a mountain bike suitable for a beginner. He said he chose mountain biking over road biking because of how much safer he feels on trails and the ability to be out in the woods.

Brian Miller, the coach of the West Michigan Coyotes, a mountain biking team for kids grades 2 through 12 in Grand Rapids, said the sport is growing just as fast with youth as it is with adults.

“We went from like eight riders in 2017 to 110 in 2020, which is pretty incredible growth and pretty cool, too,” Miller said. “We’re not even the biggest team in (the Michigan Scholastic Cycling Association), so it’s growing all over the state, Grand Rapids included.”

While many kids joined due to COVID-19 shutdowns of team sports, Miller said the sense of independence mountain biking gives to team members has kept them riding.

“There’s a sense of excitement. They get a nice adrenaline rush riding down a hill at high speed,” Miller said.

Miller, who has been mountain biking for more than 20 years, said trails have been busier in the past two to three years than at any time he can remember.

“There’s more trails too, so it’s not like there’s more people in a single place,” Miller said. “We’ve added a ton more trails to West Michigan and they’re still twice as busy as they used to be, which is pretty cool. There’s a lot of people doing it.”

Bikers say the abundance of trails and flatter topography of West Michigan makes it easy for new riders to access trails, as well as find ones suitable for their skill levels.

“They can hit a very broad range of skills sets and everyone can enjoy it,” he said.

Dokter said the group also focuses on diversifying locations and the types of trails it builds to better match the diversity of those in the mountain biking community.

“One of the great things about this last year is the diversity of people that have gotten into the sport, “Dokter said. “We’re seeing the amount of female riders is just skyrocketing, and it’s awesome.”

While the pandemic and a growing trail system may have contributed to the number of riders, Dokter said mountain biking offers elements other sports don’t — and that’s enticing for new riders as well.

“So, from my perspective, it has kind of a complete package that a lot of other sports don’t necessarily have.”