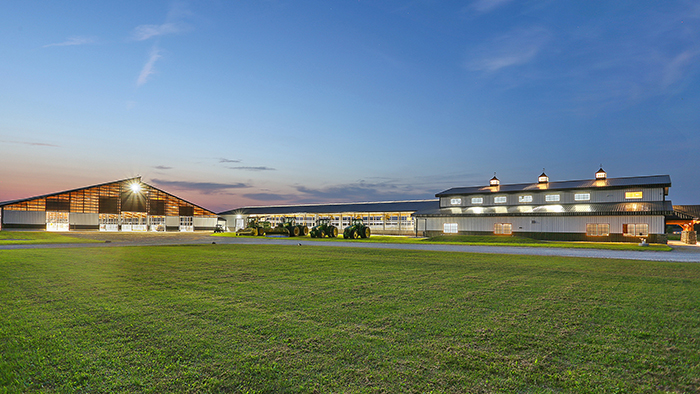 Conservation is part of his heritage, said the fifth-generation farmer from Waupaca, who also has restored sites on his farm for an endangered butterfly.

“My grandfather and my great uncles were conservationists and didn’t know it,” said Brooks, who is the chief executive officer at Brooks Farms, which is made up of 12 farms. 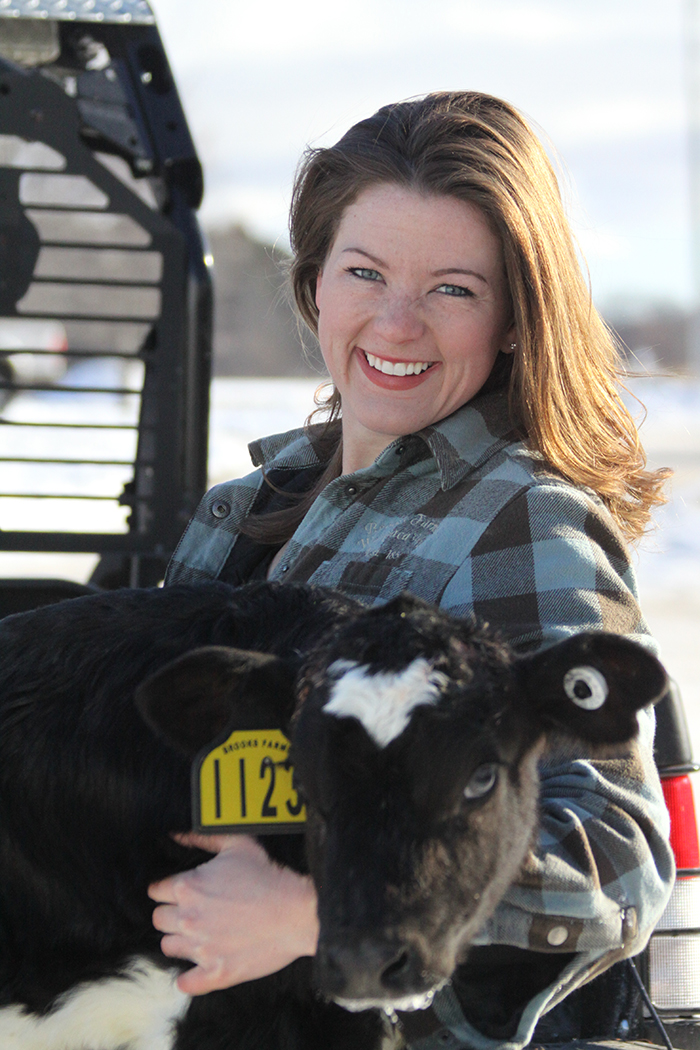 Now Brooks wants to pass that knowledge on to farmers who are beginners, have limited resources, come from socially disadvantaged groups or are veterans.

He will be a mentor for the Land Ethic Mentorship program run by the Wisconsin-based agriculture nonprofit organization, Sand County Foundation. The program will help poor, beginner or socially disadvantaged farmers across the nation practice conservation.

Farmers can apply on the Sand County Foundation’s website.

The idea for the program came from the past winners of the Leopold Conservation Award, said Sand County Foundation Vice President Heidi Peterson. They often expressed the need to share information about land ethics with the next generation of farmers.

The goal is to have 200 mentees, which is why there is no application closing date, she said.  The pilot program will run for two years. It is funded by a $250,000 grant from the USDA’s Natural Resources Conservation Services.

“Agricultural demographics are changing. Research shows there has been an increase of farmers younger than 35 and farmers of color,” Peterson said.

Many new farmers also don’t come from a farming background, she said.

“The Leopold Award has been compared to the Noble Peace Prize for conservation,” said Brooks who received the honor in 2016. 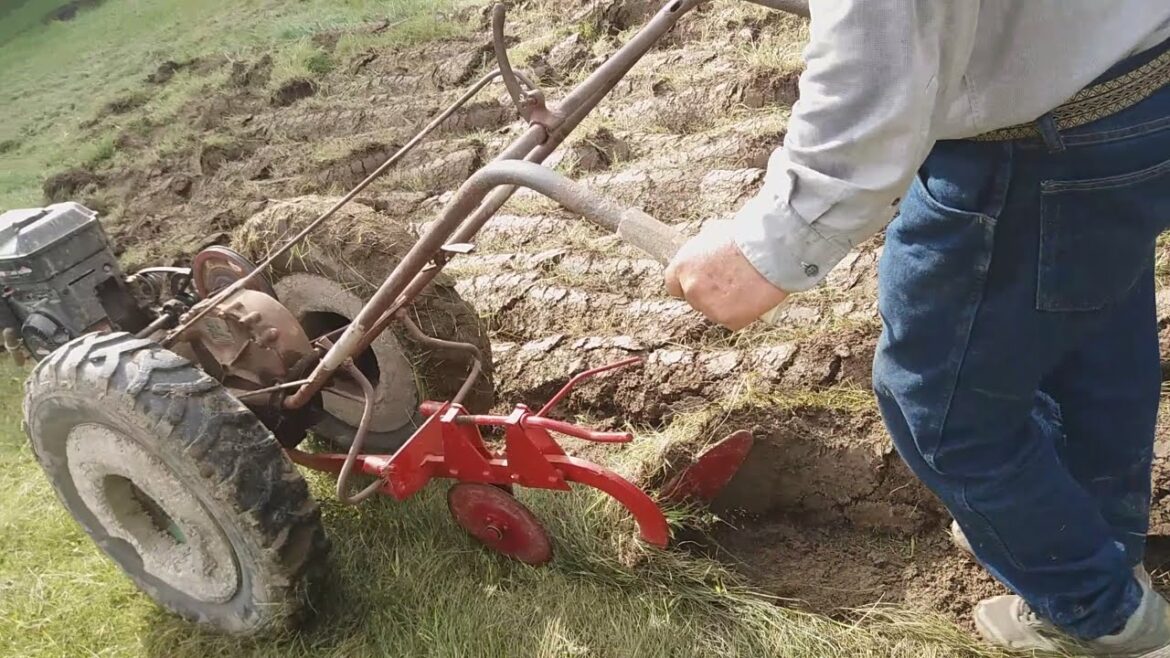 Farmers will be connected to mentors through an interview to ensure their backgrounds and operations align, Peterson said. Individual and group mentoring will be available through an app. The program will also have field days and webinars.

Mentors and mentees will also attend a conservation symposium about resiliency in August, she said.

Brooks is excited to teach farmers about the importance of patience and to share his experiences, so they don’t make the same mistakes.

“I want to take the burden off of their shoulders and make it okay to be a conservationist,” Brooks said.

Though Brooks’ family practiced conservation farming, he wishes a program was around when he began farming. 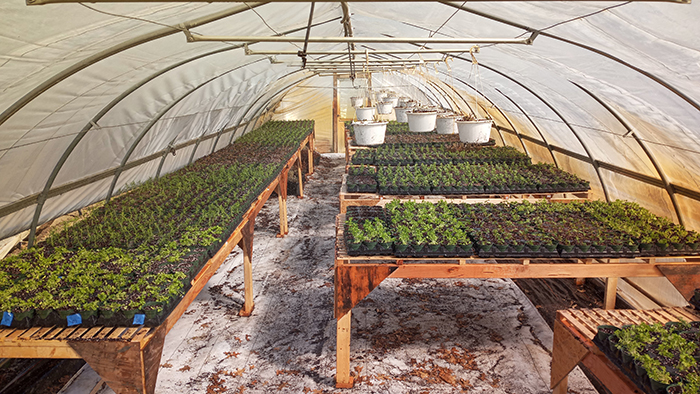 The inside of the hoop house during the fall. Image: Dan Garcia

“When you’re beginning farming, conservation is the last thing on your mind,” he said.

You’re worried about making ends meet, fitting in or other things, he said.

“Conservation is one of the last things you’re thinking about,” he said. “I was just trying to survive.”

It’s a practice farmers can implement once they’re stabilized, he said.

“The first two years I was like a fetus, I was feeling around and didn’t know what was out there,” he said.

Now Garcia’s Gardens is in its seventh season. 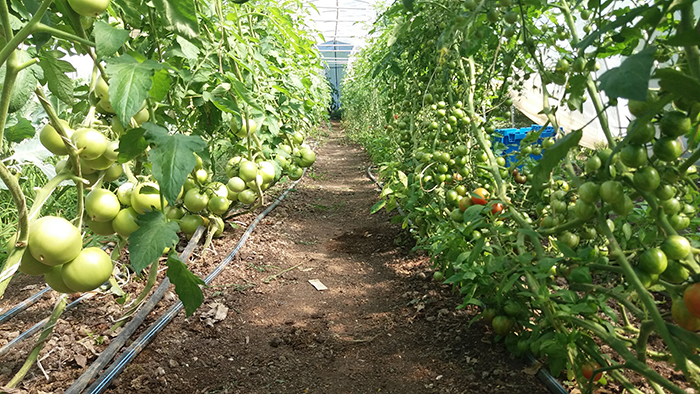 Garcia knew about conservation from Boy Scouts and college, but not conservation farming. His farming background came from his dad and working for a farm.

He is open to learning more about conservation farming but faces obstacles like finances and land.

For Brooks, conservation farming has been made easier by automated technology.

He uses precision farming, a practice where self-driving tractors use a combination of math, physics and a GPS to plant crops and adjust fertilizer to the needs of the land. It also allows planting between previous years’ rows.

“Precision farming has made conservation farming a slam dunk,” he said.

Last year his cheese processor had to process 20% less milk than usual due to COVID-19, he said. They recommended that he dump the excess milk.

Brooks resisted that idea and instead, donated the excess milk to a local artisan cheesemaker. 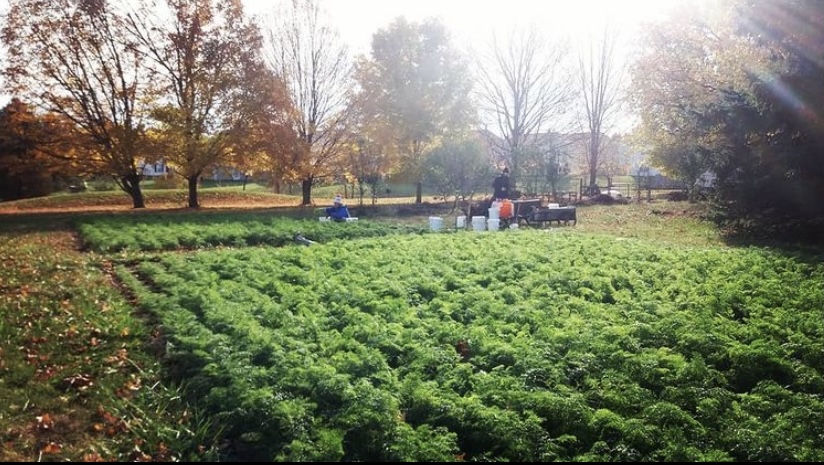 “I didn’t want to dump the milk in the manure pit or on the land.”

The acre and a half farm use a hoop house funded by the National Resources Conservation Service’s Environmental Quality Incentives Program, EQIP, grant, Garcia said.

Other conservation practices are permaculture beds for bees, tending to retention ponds and wildlife habitats, he said.

Some tilling is also used on the farm, but not more than an inch deep. He hasn’t dug far enough to hit clay, he said.

For Garcia, the impact he’ll leave with his conservation efforts matter the most within his neighborhood. The farm is dedicated to food justice and wants to provide fresh produce to people with low income while growing it ethically.

“If I can help out all of our folks within a five-mile radius, then that’s great, he said. “I think I can have a better impact here, than trying to have an impact on people in like Detroit.”