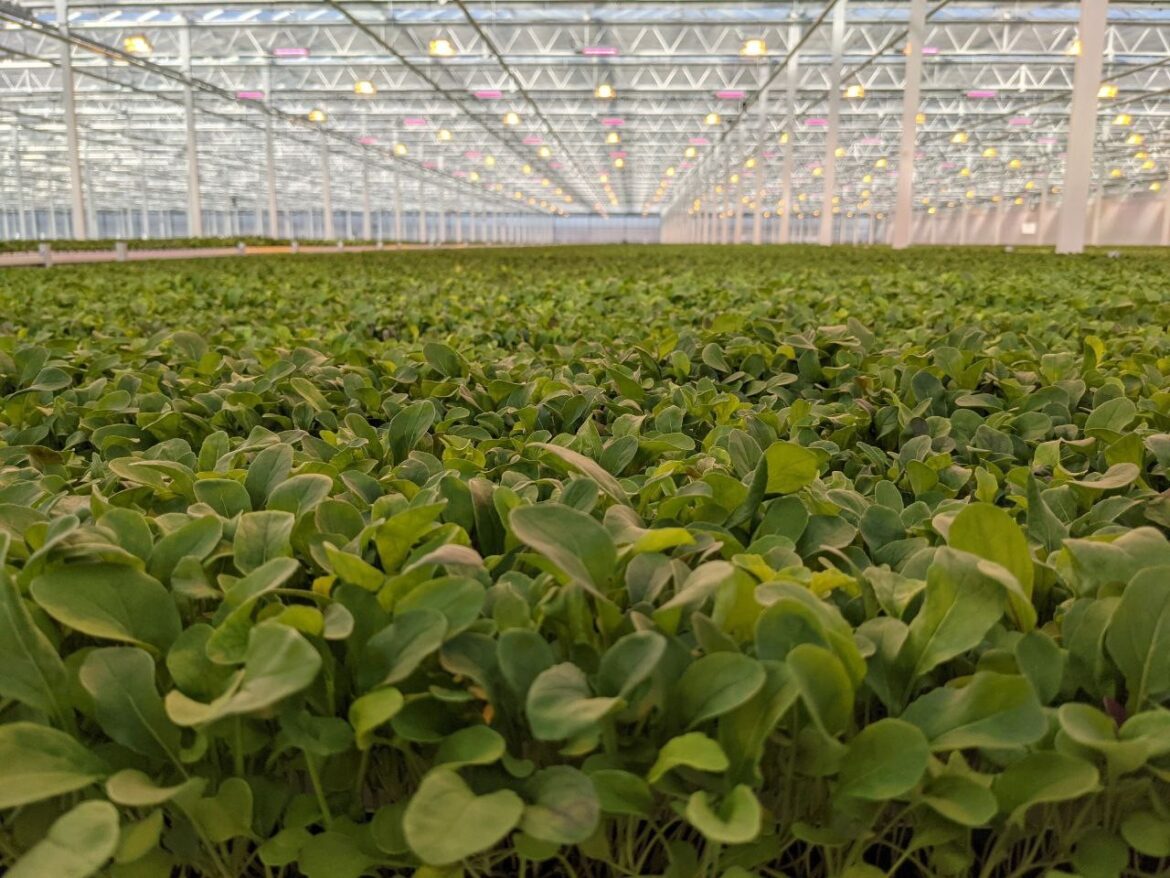 For lettuce that calls indoor farms home, the “sunlight” can be blue, pink, red or other colors.

That’s because LED lights allow you to pick the spectrums of the sun that are most useful for plants, said Erik Runkle, a Michigan State University horticulture professor who specializes in indoor farm lighting. 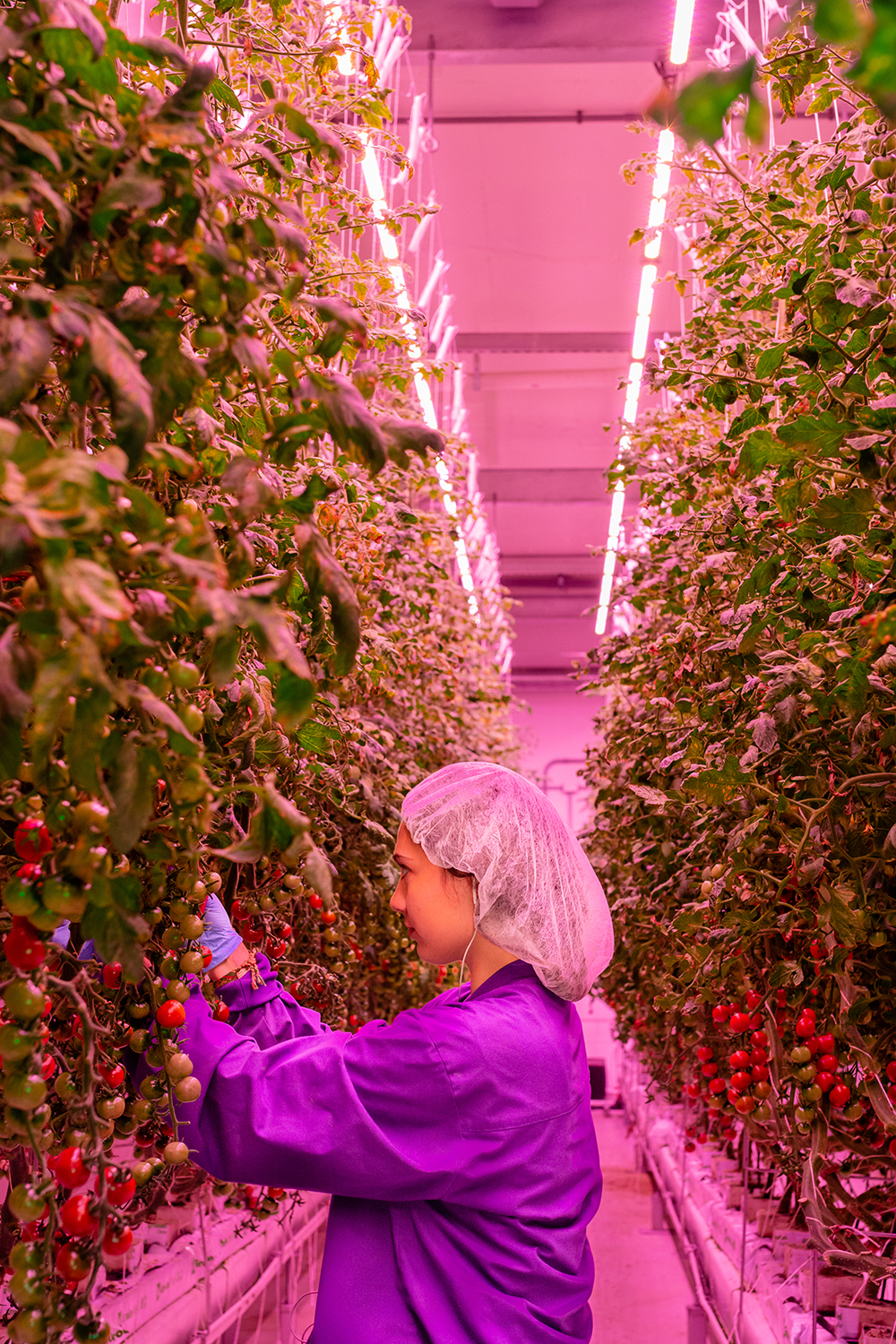 Usually, lettuce is grown and exported from California’s sunny Salinas Valley, nicknamed the salad bowl. But, Midwest farmers, like farmers across the nation, are growing their own indoors with LED lights.

“Lettuce is a popular high-value indoor crop because it is one of the most consumed vegetables,” Runkle said.

“The fundamentals for an indoor farm are LED lighting and controlled ventilation,” he said. “A delivery system of water and nutrients is also needed whether it be hydroponics, aeroponics or manual.”

LED lights tolerate growing conditions like getting wet, he said.

“The three colors you usually seen in indoor farms are red, blue and sometimes green,” he said.

But not every indoor farm uses those colors or solely LED lights.

At Revolution Farms in Caledonia, Michigan, a broad-spectrum light is used, said head grower Tam Serage. The light produces a white color because of the mixed wavelengths of blue, green, yellow, orange and red, he said. 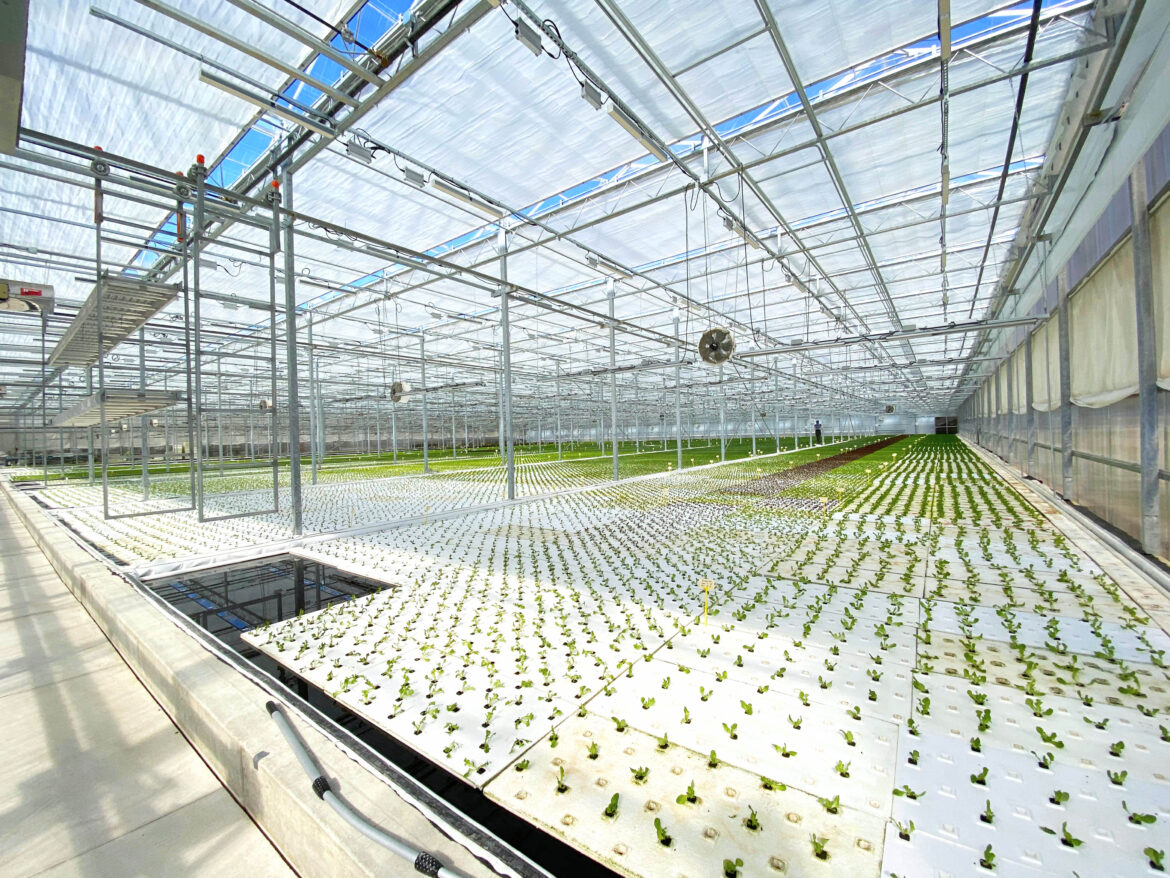 The 50,000 square foot greenhouse uses hydroponics to water lettuce and give them nutrients. In April, a newly added part of the farm will be fully automated and use a nutrient filter that supplies lettuce with water and nutrients, Serage said.

One of the new Hamilton locations is a fully automated 70,000 square foot vertical farm. Red, blue and pink lights are used for farming to promote photosynthesis, said Rebecca Haders, the vice president of creative marketing.

LED light qualities have improved over the years, Haders said. They provide more lighting and are more efficient while using less energy. 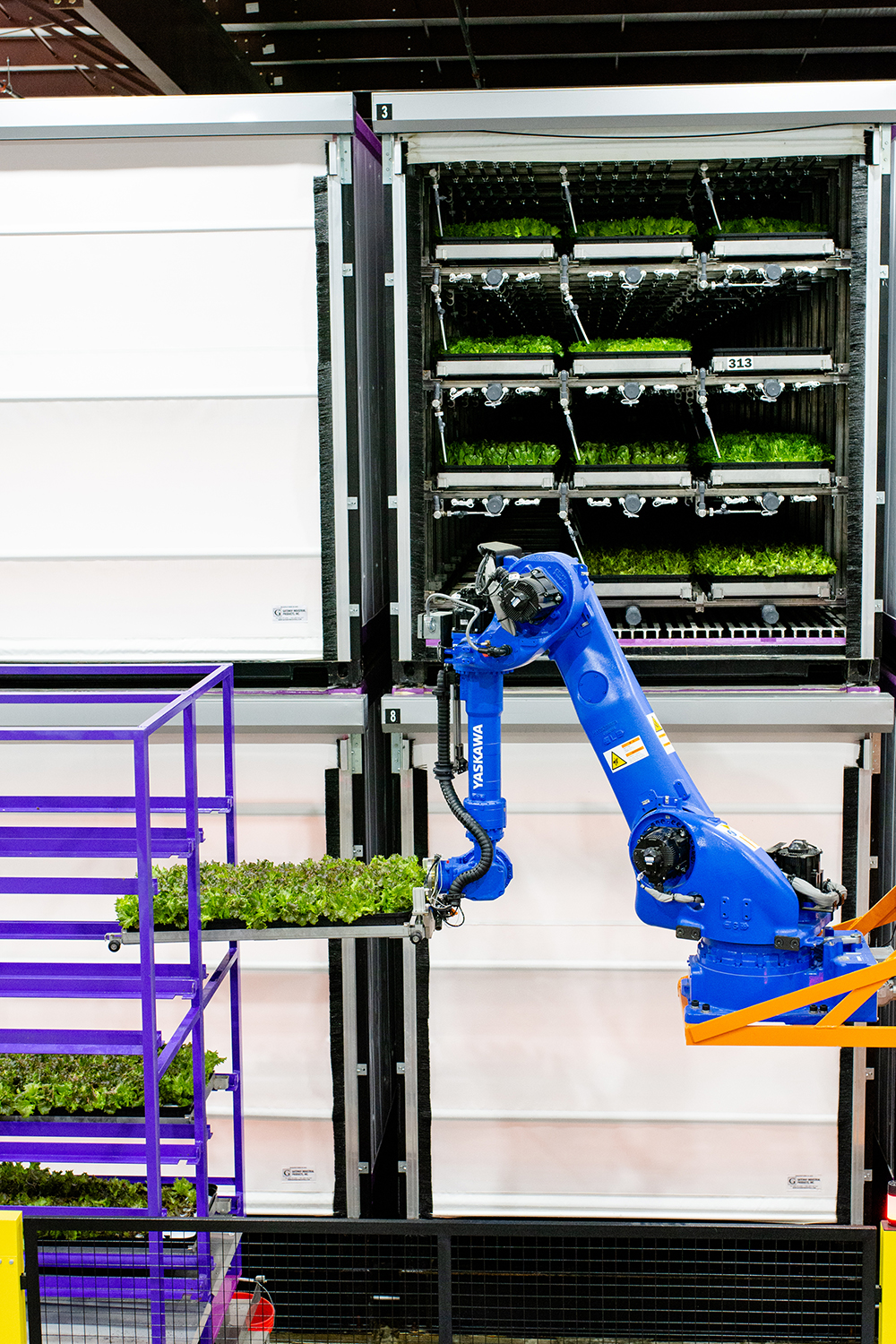 Sensors at 80 Acres Farms read when plants are the happiest, Haders said. The sensors are linked to software systems that can be accessed from anywhere.

The farms use a closed-loop system that recycles water. Plants grow in tables that are filled up with water and they can uptake it through their roots, Haders said. Excess water flows back into the system where it gets cleaned and flows back out to the plants.

Choosing the correct light spectrum requires discussion about the desired characteristics of a plant and energy efficiency, Runkle said.

The light spectrum can be changed. However,  there are usually tradeoffs.

The process from seed to harvest is fully automated. Packaging is also done with a machine, he said. But workers still work in the greenhouse to ensure everything is going correctly.

“The only time someone touches the product is when it’s already in the container. They’re just placing the container in the cart.”

Indoor farming is a small niche that Runkle said he believes will remain small. LED lights are a major expense and can be one-third of the total investment cost, he said. The cost to run an indoor farm is expensive, especially when you factor in automated technology.