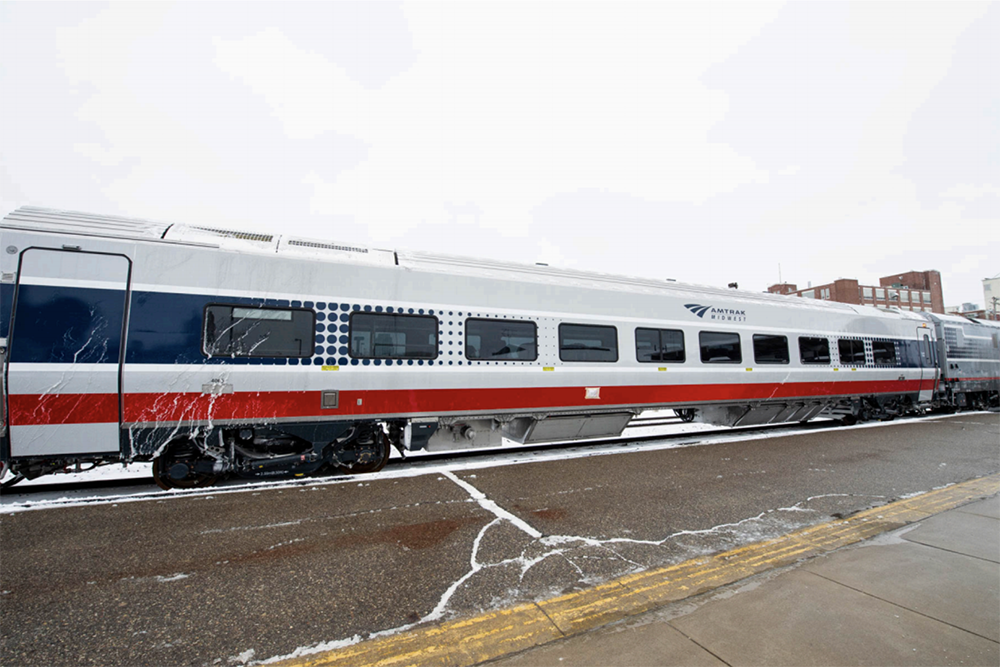 Amtrak’s new passenger cars will be in service later this year on Midwest routes. Image: Michigan Department of Transportation

Amtrak is trying to get back on track after ridership dropped on Michigan routes over 40% since the pandemic started last March.

Ridership on Michigan Amtrak routes between 20015 and 2020. Source: Amtrak

Amtrak said it changed the frequency of some Michigan routes due to reduced travel demand.

Amtrak’s ridership on Michigan routes dropped an average of 48% from 2019 to 2020, compared with a 47.4% drop across all routes nationally during the same period.

Marc Magliari, Amtrak’s Midwest public relations manager, said Amtrak’s focus is working with the Michigan Department of Transportation (MDOT) to determine when to restore full service to the Wolverine.

The future of passenger rail in Michigan comes down to funding.

There is a need for expanding passenger rail service, said Rep. Tullio Liberati, D-Allen Park, but it all comes down to funding.

Liberati, who serves on the House Transportation Committee, said the federal government needs to help Amtrak with funding. He said President Joe Biden might be willing to help.

“If we can get the funds from Washington, we can start implementing these plans,” he said.

Amtrak does have something for passengers on Michigan routes to look forward to, according to Michael Frezell, the MDOT office of communications manager.

Eighty-eight new passenger cars built by Siemens will be used this year on Midwest routes, including Michigan’s.