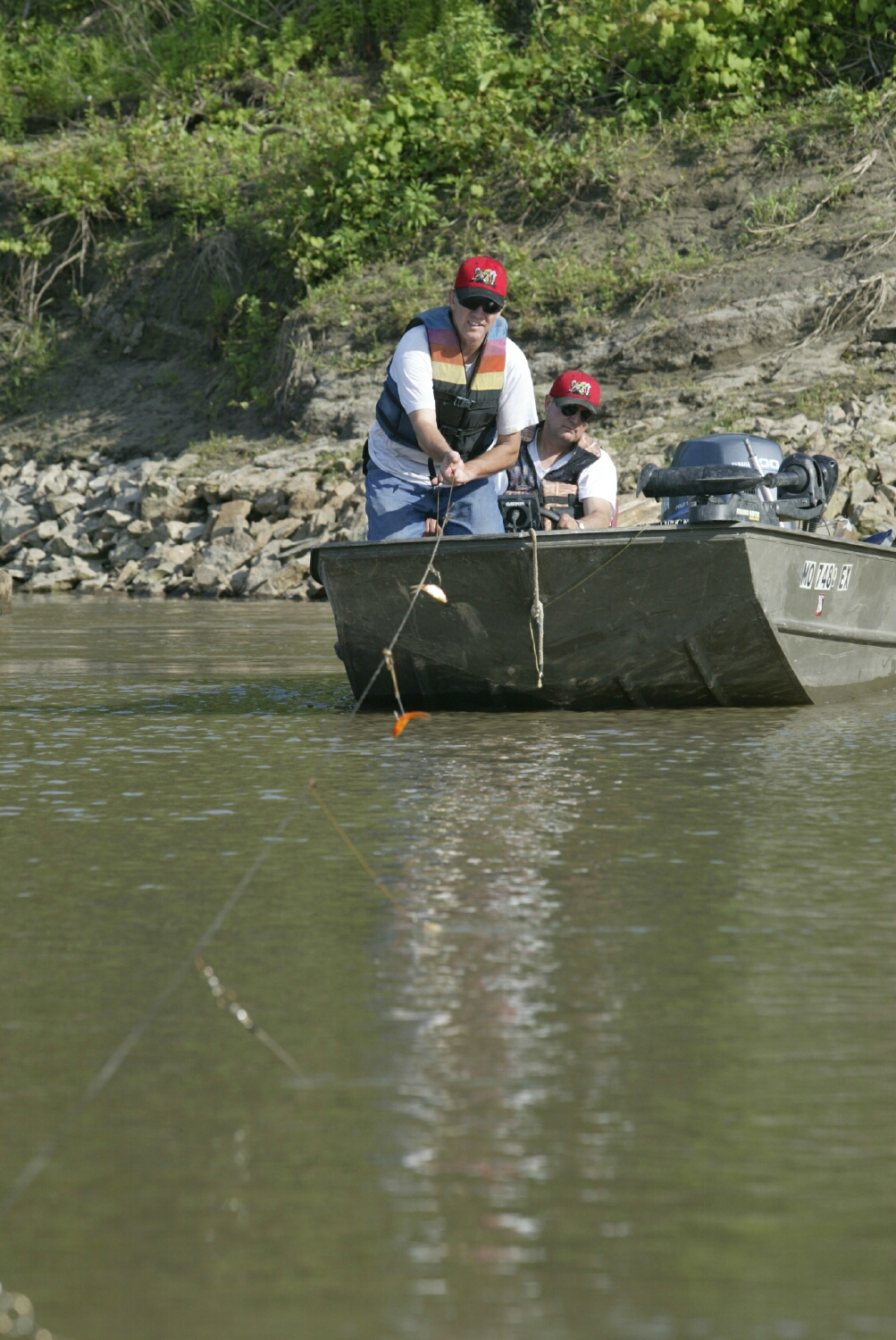 Some anglers and conservationists oppose a controversial catfishing bill introduced in the Michigan Legislature.

The bill by Rep. Thomas Albert, R-Lowell, would allow the use of trotlines and juglines in Michigan’s inland lakes and rivers.

“Basically it’s a kill-only style of fishing,” said Anna Werner, an angler and owner of Grand River Bait and Tackle in Lansing, Michigan, as opposed to a catch-and-release approach.

These controversial methods are typically used for catfishing.

Juglines are floating jugs with hooks suspended in the water. Trotlines span multiple weighted hooks across riverbeds or other bodies of water and are designed to be left like traps for these fish, according to Bryan Burroughs, the executive director of DeWitt-based Michigan Trout Unlimited.

From a conservation and ecology standpoint, according to Werner, there are many concerns about overfishing endangered species.

“You never know what’s going to hit a bait on a trotline, and you’re taking healthy, breeding fish out of the population without giving them a fighting chance,” she said.

“Now from a business perspective, that is a whole new range of tackle that we could sell in the store,” Werner said. “My customers would be tickled pink.”

Burroughs, who has a Ph.D. in fisheries and wildlife biology, said his organization doesn’t have an official stance on the issue.

He said his concern lies in the lack of research concerning catfish populations in the state and the effects that catching more of them could have.

“You’re allowing anglers to be more effective at catching them and that’s going to increase the harvest,” he said, “It is a dangerous thing for those populations to increase harvest without knowing their status.”

Michigan United Conservation Clubs mirrored that sentiment in a resolution pertaining to the issue.

Trotlines, especially because they’re made to be left unwatched, could catch unintended animals such as minks, otters and other fish and turtle species – as well as unintentionally harm swimmers and boaters, according to the resolution.

The organization’s main concern with the bill, according to policy specialist Ian FitzGerald, is the legalization of trotlines and the requirement of a three-year pilot program by the legislature.

According to FitzGerald, the state’s Natural Resources Commission holds “exclusive authority over the manner and method of the take of game and fish species in Michigan.”

Passing the bill would encroach on this authority, he said. “While we oppose trotlines and juglines, we do support the Natural Resources Commission being that authority rather than a bill being passed.

“We don’t want to see it in a law because within five years, things might change in the natural resources realm,” he said, “Fish and game are so fluid, so you have a commission that can change things in a month or two – whereas our state legislature can take 2-3 years sometimes.”

The bill is pending in the House Natural Resources and Outdoor Recreation Committee. No hearing is scheduled yet.

One thought on “Conservation experts wary of legalizing trotlines and juglines”