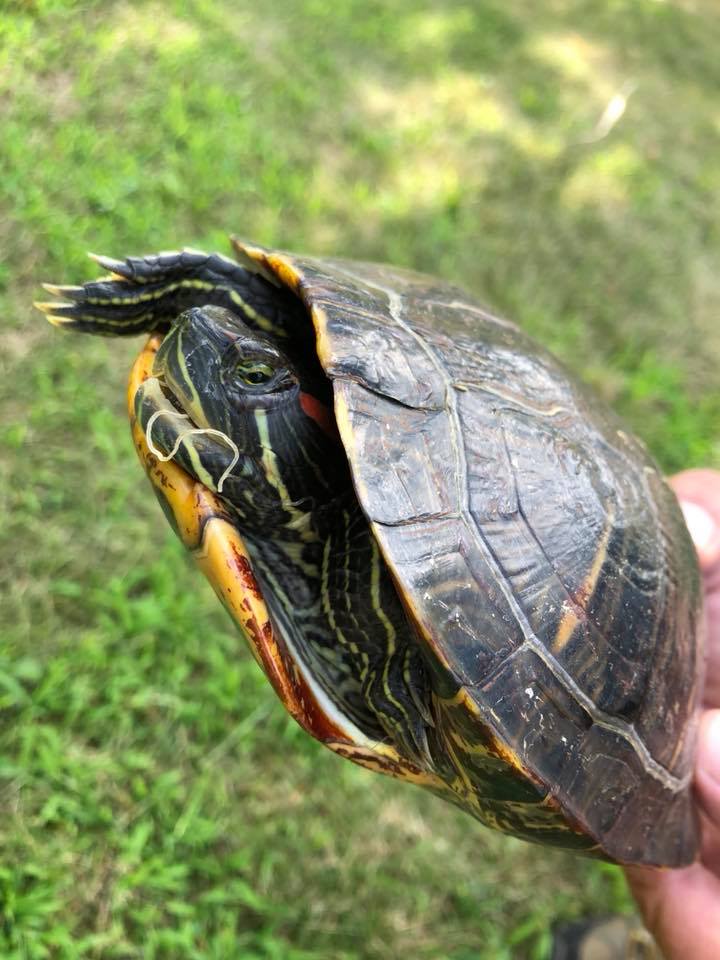 The red-eared slider is a popular pet turned that becomes an invasive species when owners tire of and release them. Image: Pennsylvania Sea Grant

These turtle take-back events, still in the planning stages due to COVID-19, are tentatively scheduled to begin in May, said Pennsylvania Sea Grant Extension Lead Sara Stahlman.

One turtle species, the red-eared slider, helped to inspire the turtle take-back event. As a common pet, sliders have been released by their owners in Presque Isle State Park in Erie, Pennsylvania, Stahlman said.

The release of pet red-eared sliders is common across the Great Lakes region, according to Ashley Elgin, a researcher with the Great Lakes Environmental Research Laboratory – part of the National Oceanic and Atmospheric Administration.

Elgin published research on areas affected by the turtles in 2018.

“Someone has them as a pet, they’re adorable… small and cute,” Elgin said. “Then it gets too big and they release it thinking it’s the humane thing to do.” 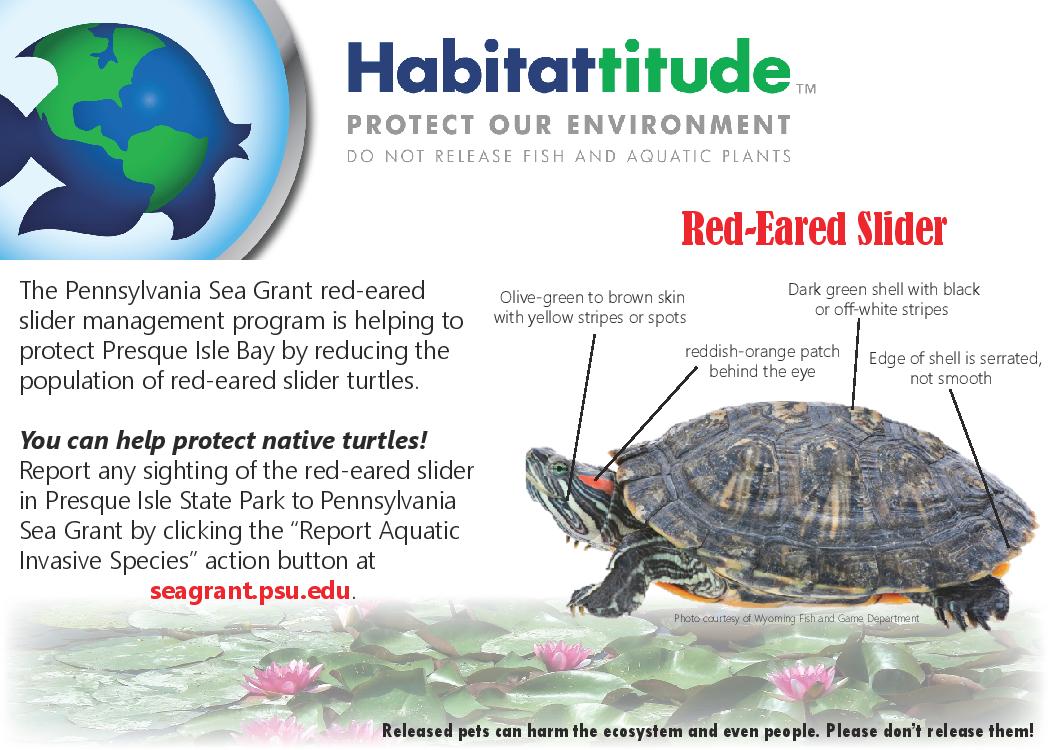 Owner release of the red-eared slider threatens Presque Isle’s native animals, Stahlman said. The slider competes for food and nesting sites with the red-bellied turtle, which is a threatened species in Pennsylvania.

“The red-eared slider is a lot more aggressive and essentially is able to outcompete those turtles,” Stahlman said.

The sliders, which come from the southern U.S. and northern Mexico, could compete with native turtles for basking sites, like logs, Elgin said. This means native turtles would not have space to regulate their temperature in the sun. Sliders could also compete for food and habitats in Great Lakes ecosystems, like they have in Pennsylvania.

Another concern is disease, Elgin said. Sliders could bring disease that would harm not only native turtles, but frogs as well.

The red-eared slider has become what Elgin called a poster child for stopping pet releases. The “Don’t Let it Loose Program,” which works to stop pet releases, displays the slider on its main page.

The pet take-back event is one of many removal efforts by Pennsylvania Sea Grant since 2018. In its most recent search for red-eared sliders, they captured four; however, their search time was shortened by COVID-19 restrictions, Stahlman said.

Stahlman plans to work with local humane societies and Girl Scout troops to promote the event. Sea Grant, which is supported by Pennsylvania State University, would also provide students a way to get rid of unwanted fish or turtle pets.

These pets would then be rehomed, Stahlman said.

Editor’s note: This story was updated  Feb. 19 to note that the Great Lakes Envrionmental Research Laboratory is a unit of the National Oceanic and Atmospheric Administration.