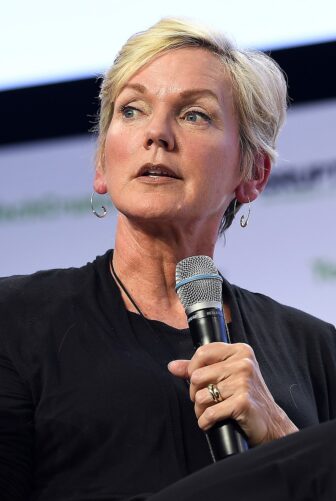 “Jennifer Granholm and I have been in touch. We had a good discussion about the Department of Energy,” said Abraham, who has a Washington consulting firm that deals with energy issues and is an adviser to a D.C. law firm’s government affairs unit.

Their political careers have overlapped in the past. Granholm was state attorney general during Abraham’s final two years in the Senate and first two years at Energy.

At her confirmation hearing, Granholm, the governor from 2003 to 2011, told the Senate Energy and Natural Resources Committee that she plans to concentrate on three missions: 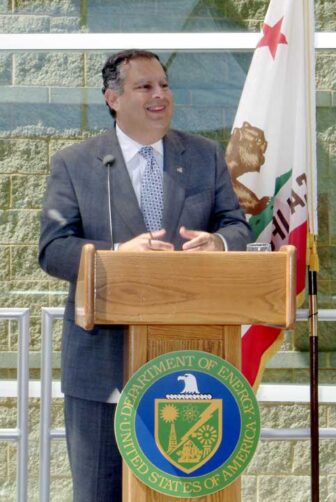 Abraham said, “A very substantial part of the money and responsibilities is in national security and defense but most public attention is on energy policy and electricity generation, fossil fuel development and clean energy technology.

“On a given day, you may have to wear a technology hat one hour and the next hour you’re wearing a national security hat,” he said.

At the Michigan Public Service Commission, Chair Dan Scripps listed several areas where Granholm could be particularly helpful to the state.

They include ensuring additional transmission capacity and reliability, which are “especially important for Michigan as a peninsular state,” and increasing the amount of wind and solar power, said Scripps, a former state representative from Northport who served in the Legislature during Granholm’s last two years as governor.

Among the other areas are electric vehicles, an issue “close to” Granholm’s heart, Scripps said.

He also anticipates “clear signals in where we’re going” with energy policies to help utilities and states plan and the transition to cleaner forms of energy, especially with older coal-fired and nuclear plants slated for retirement.

“When she was governor, she turned to clean energy because of the broader transition in the economy,” Scripps said

“We hope having our former governor, Jennifer Granholm, and current (U.S.) representative from Michigan, Debbie Dingell, in these influential positions will keep the needs of Michigan’s municipal electric utilities at the forefront of policy discussions in Washington,” Katie Abraham said. Dingell, D-Dearborn, sits on the House Energy & Commerce Committee.

Two other influential Michigan players in Washington are U.S. Rep. Fred Upton, R-St. Joseph, the senior Republican on the House Energy & Commerce Committee, and U.S. Sen. Debbie Stabenow, D-Lansing, who until this year was the top Democrat on the Energy Subcommittee of the Senate Energy and Natural Resources Committee.

Scripps said that with Granholm and those three Michigan members of Congress, “We’ve got a seat at the table for these discussions.”

Laura Sherman, the president of the Michigan Energy Innovation Business Council, said Granholm, as governor, was instrumental in preparing for the “mobility future” such as autonomous and electric vehicles, investing in battery storage and establishing the state’s renewable energy portfolio for the state

“She understands Michigan and the advanced energy industry and understands how to create jobs,” Sherman said.

Among the tough issues facing the department is the future of nuclear plants in the country, a source of debate and disagreement among environmental groups.

On one side are those most concerned about safety, including safe storage of nuclear waste. On the other side are those who say nuclear plants with zero carbon emissions are critical to reduce climate change.

Michigan has three nuclear plants — Donald C. Cook Units 1 and 2 in Stevensville near Bridgman, Fermi 2 in Newport near Monroe and Palisades in Covert near South Haven — that generate 22% of the state’s electricity. The Palisades plant is scheduled to close in 2022.

Nationally, there are 58 in 29 states, supplying about 20% of the country’s electricity, according to the U.S. Energy Information Administration.

Spencer Abraham said nuclear power “really needs to be part of the way we move forward.” New safer reactors are being designed and Energy “can play a role through its research facilities in testing. It’s almost impossible to bring down CO2 emissions unless you have nuclear as a key piece in the puzzle.”

No new nuclear reactor has come online since 2016 in the U.S. Two new reactors are under construction in Georgia, although with large cost overruns.