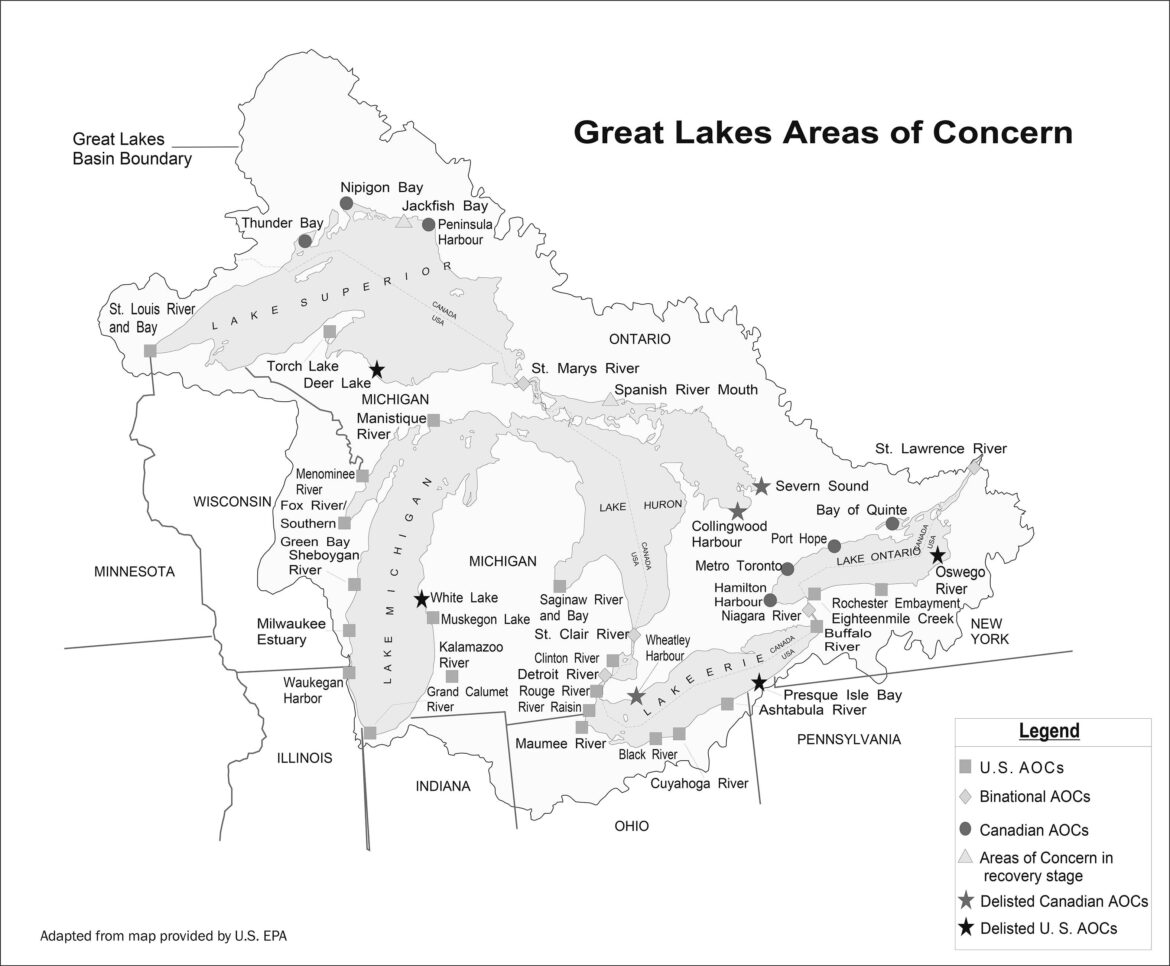 Editor’s note: This is the final part of a 5-part series by Kalah Harris, Audrey Porter, Yue Jiang and Claire Moore that focuses on trans-border U.S. and Canadian environmental research projects.

During 35 years of restoration in the Great Lakes Areas of Concern, there has been gradual progress and a hopeful future ahead, according to a new study.

Development of a remedial action plan began in 1985 to restore heavily contaminated sites in 42 Great Lakes Areas of Concern (AOCs).

AOC restoration has not been easy as U.S. and Canadian researchers said in the study, and it requires focusing on gathering stakeholders, coordinating efforts and ensuring use restoration.

Dedicated funding, funding in the state treasury, for remedial and restorative actions was not provided in the U.S. until the Great Lakes Legacy Act in 2002 and the Great Lakes Restoration Initiative in 2010.

“I think it’s a kind of a jaw-dropping number to see $22.78 billion being spent. It’s encouraging when you take that information in the context of the economic benefits that come from investing in cleanup and restoration,” said Peter Alsip, a scientist at the Cooperative Institute for Great

“My take is that it is encouraging for the rest of the program,” Alsip said.

He said he was primarily involved in the study to see how much money has been spent in restoring and remediating AOCs.

“We need to inform people about these programs and need to encourage them to get involved, whether it’s citizen science or stewardship programs like river cleanups in the Detroit River or tree planting or invasive species management,” Hartig said.

“There’s so many ways of getting involved in citizen science and stewardship. And the key to that is we’ve got to educate people, and then we have to provide them with opportunities,” Hartig said.

Co-author Gail Krantzberg, a professor of engineering and public policy at McMaster University in Hamilton, Ontario, said that communities have come together over the past 32 years to bring back the ecosystems, to reinvigorate habitat and to clean up the sediment so that the fish and wildlife populations can survive.

“So this is not just about cleaning up the environment for the environment. It’s really an economic revival of the waterfront, which was a really important finding,” Krantzberg said.

“Prevention is worth a pound of cure. Of course, if you can stop something from injuring something else and you don’t have to treat an injury, it’s way, way more cost-effective prevention,” she said.

“So if people understand that when you pour your oil from your car down a sewer, it’s actually going into a river poisoning fish, you don’t even know where it goes. It’s just ‘get it out of my mind. Get it out of my way,’” Krantzberg said.

The study published in the” Journal of Great Lakes Research” said lessons learned from the remediation programs included the importance of meaningful public participation, establishing a compelling vision and clear goals in the early phases of the project, and finally establishing measurable targets for cleanups and focusing on AOC life after delisting.