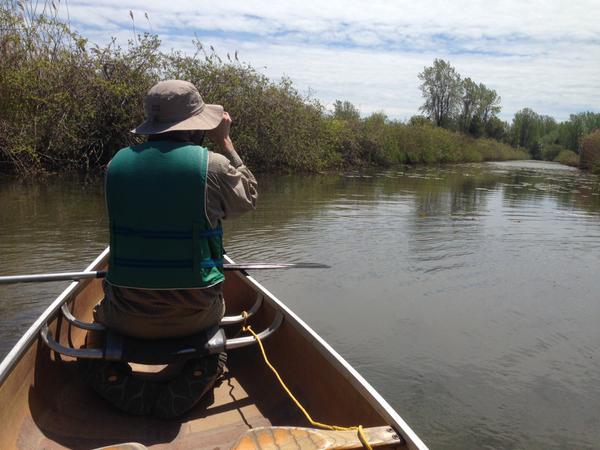 Douglas Tozer, director of the waterbirds and wetland program at Birds Canada, during a birdathon at Old Cut Long Point: Image: Jody Allair

Editor’s Note: This is the third part of a 5-part series by Kalah Harris, Audrey Porter, Yue Jiang and Claire Moore that focuses on trans-border U.S. and Canadian environmental research projects.

They glide over the lake, waiting for the best time to catch fish.

In the blink of an eye, they dive into the water without hesitation.

They are fish hawks, also known as osprey, which are marsh birds commonly seen on the shoreline.

This bird is one of the focal species in Joanna Grand’s research about Great Lakes birds, with the help of data contributed by Canadian researchers.

As a Massachusetts-based senior spatial ecologist with the National Audubon Society, Grand is on the Great Lakes team that works on coastal wetland restoration.

She said a lot of marsh birds are experiencing steep declines in their populations,     especially with water levels rising because their habitats, coastal wetlands, are being affected ahead of them. 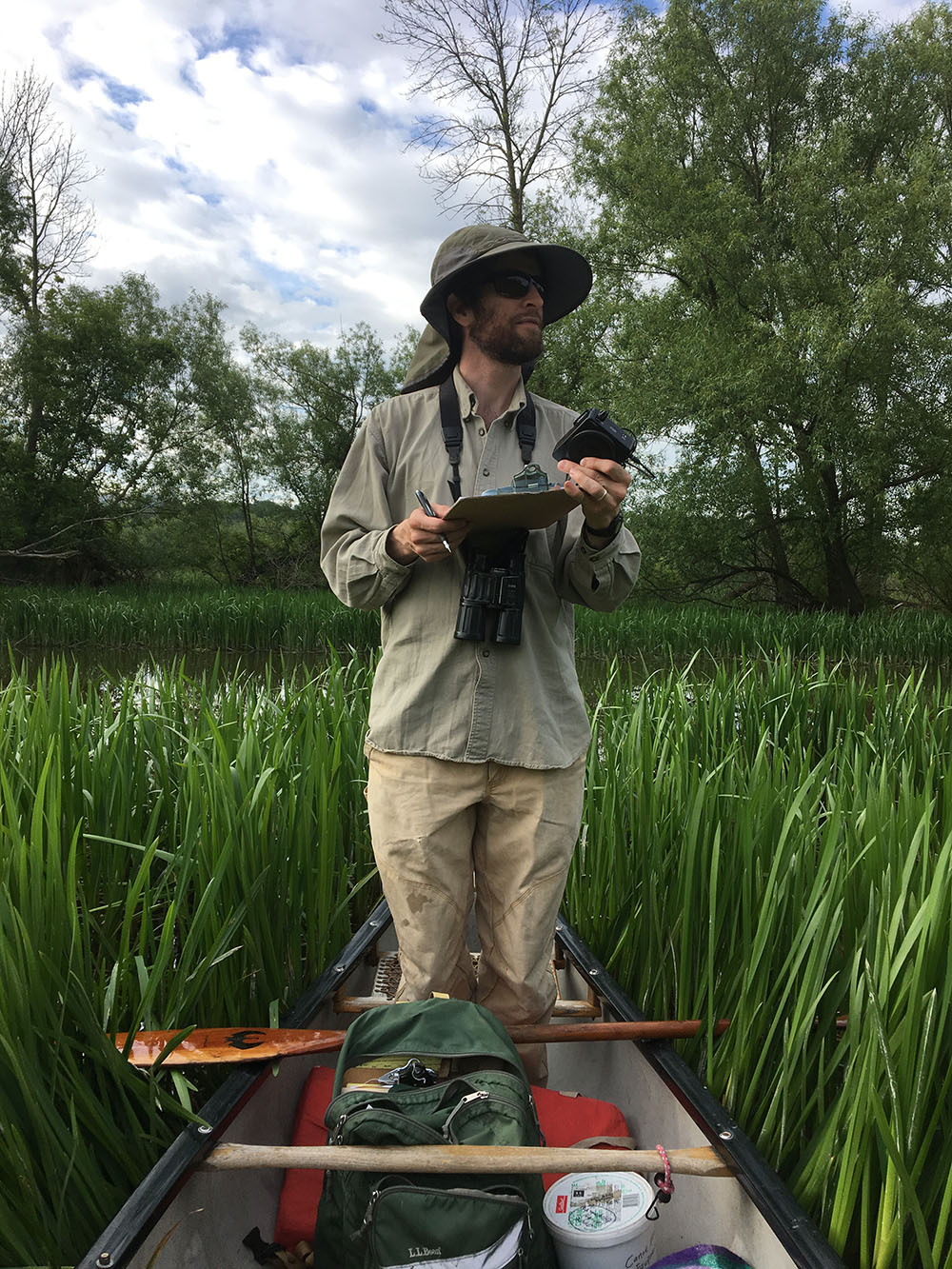 In the Great Lakes region, “they’re predicting a lot of extreme fluctuations in precipitation and water levels,” Grand said.

She said the public should also worry about people who live in coastal areas because the wetlands protect those shorelines from erosion and from storm surges.

“So it’s not just the birds, it’s also the people that live in and around those areas that are going to be severely impacted by climate change and sea level rise,” Grand said.

However, she said, people damage the coastline by creating hardened shorelines that are meant to hold back rising waters and storm surges.

Grand advocates the use of natural infrastructure to mitigate climate change and sea level rise because it’s not only good for mitigation but also creates new habitat for marsh birds.

Therefore, the focus of the Great Lakes program she participates in is restoring those coastal wetlands to be a better habitat or to remain a sustainable habitat for marsh birds.

In a recent research article published in the journal “Biological Conservation,” she uses data to identify where the most important areas are to protect and restore, including Chequamegon Bay, Green Bay, Saginaw Bay and Sandusky Bay.

“There’s a coastal wetland monitoring program (CWMP) that records where all the birds are, and we use that data to create models,” she said.

Her research team identifies the locations of those birds and learns the environmental characteristics of those areas.

Then the team uses that information to model the distribution of the birds everywhere. Grand said scientists can then predict where the birds should be across the landscape at every wetland.

Douglas Tozer, the director of the waterbirds and wetland program at Birds Canada, is part of the monitoring program. He has been involved with CWMP since 2011.

He explained how they collect data in the U.S. and Canada.

CWMP is the most prominent monitoring program in the Great Lakes, where 30 Canadian and American researchers work together.

In addition to the program that Grand works with, he said there are a few other binational programs, such as the Great Lakes Marsh Monitoring Program(MMP) at Birds Canada. It operates in the U.S. Great Lakes states as well.

Both CWMP and MMP focus on the breeding season.

“When migrating birds come north, they’re breeding in these Great Lakes coastal wetlands in the spring and summer. That’s when we focus on sampling them for both those programs,” Tozer said.

Their song and vocalization is the key thing used to detect them.

He and his team went to points which they randomly chose beforehand to collect data, either around the edge or in the middle of marshes.

“You count all the individuals that you see or hear around you,” he said. “It’s all done the same protocol throughout all the Great Lakes across these programs, which is why we can combine data from the different programs or from different locations.”

However, with the pandemic, scientists are facing challenges when conducting transborder research.

One challenge, he explained, is that Ontario is gigantic compared to each of the Great Lakes states.

“Folks from Minnesota come across the border and do [things] in Northern Ontario because it’s closer for them by far than it’s for us down here in southern Ontario,” he said. “It’s a 20-hour drive for us to go to Thunder Bay, and you’re still in Ontario.”

He added another bird research team from the U.S. comes across the border and works in the central southern part of Northern Ontario.

“This year, they weren’t able to do that because they couldn’t come across the border (due to pandemic-related restrictions on cross-border travel0, but I didn’t have the resources to do it either because it’s so far. We had some sample sites that we just had to let go because we couldn’t do them, even though we’re in Ontario,” he said.