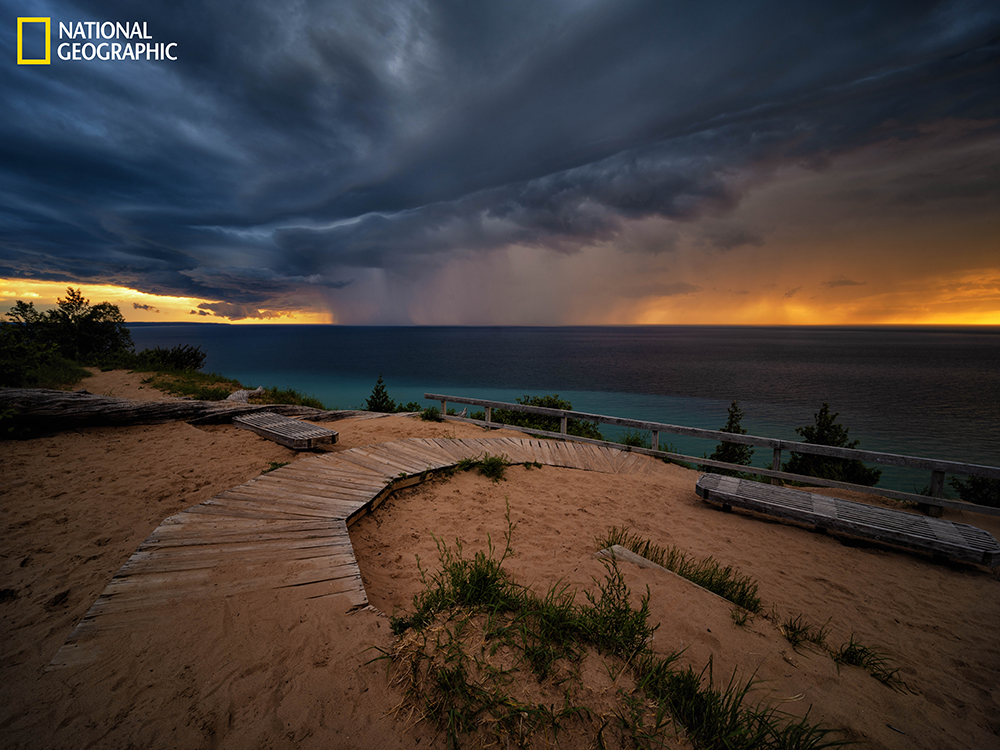 A famous view of Lake Michigan graces the cover of this December’s National Geographic.

The image, captured by Keith Ladzinski, features Empire Bluff, part of the Sleeping Bear Dunes National Lakeshore in Leelanau County, Michigan. It was chosen from 65,000 shots Ladzinksi captured in the Great Lakes region, he wrote in an Instagram post unveiling the cover.

The cover story, “Saving the Great Lakes,” was written by Tim Folger and explores how one of North America’s most valuable natural resources is threatened by climate change, invasive species and pollution.

Ladzinski shared his thoughts on contributing the visuals to the story in the caption of his post: 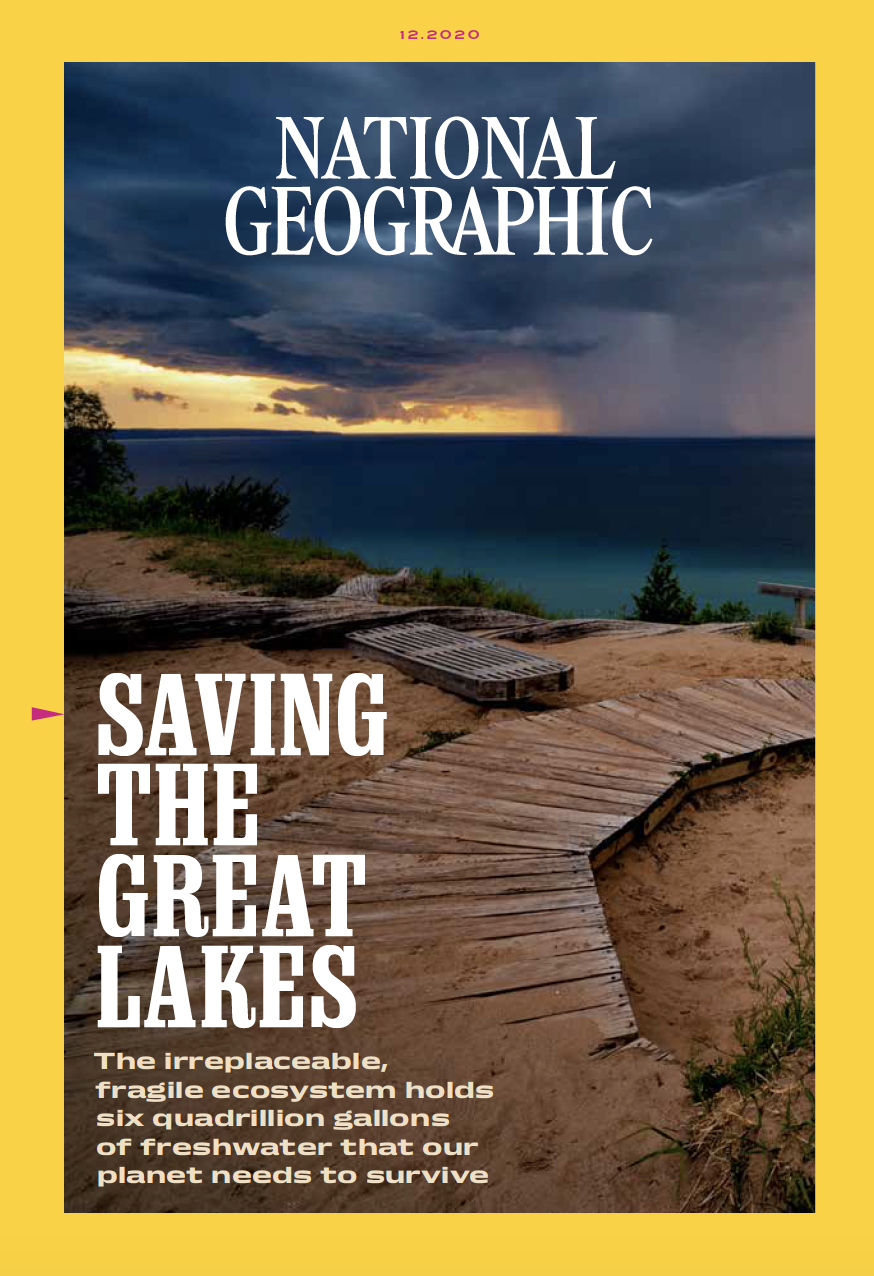 “This story is one I’m extremely proud of, one I worked passionately on for 18 months and something I hope generates awareness to the many issues the Great Lakes of North America are facing,” he wrote.

While the threats to the lakes are serious, Ladzinski said the story is not all bad news.

“It’s not all doom and gloom, there’s hope here in recovery and widespread efforts continually being made to this national treasure, I hope you read it,” he wrote.

Other photos Ladzinski captured on his tour of the region can be found on his website.

For more on this story visit https://www.nationalgeographic.com/magazine/2020/12/north-americas-most-valuable-resource-is-at-risk-feature/.