Chef Soohwa Yu has been serving Asian carp at the University of Illinois since 2017. According to Yu, four out of six dining halls at the university serve the invasive fish.

Before the COVID-19 pandemic, it was offered at least once a week. Now, due to limited dining options, Asian Carp is served once every two weeks.

“A lot of our students had never seen a whole fish before,” he said.

Ted Penesis, the director of the Office of Community Outreach for the Illinois Department of Natural Resources (DNR), said Asian carp is more popular to eat in Asian countries, and often eaten with the bones in.

Eating Asian carp is a strategy designed to lower their population and prevent them from invading the Great Lakes.

According to Penesis, eating Asian carp is healthy, tasty and environmentally friendly.

“If there’s a way we could educate the students here in America on how to eat that, I think that’s something that we definitely want to do,” Penesis said.

Yu said, “Lots of students have given positive feedback.” 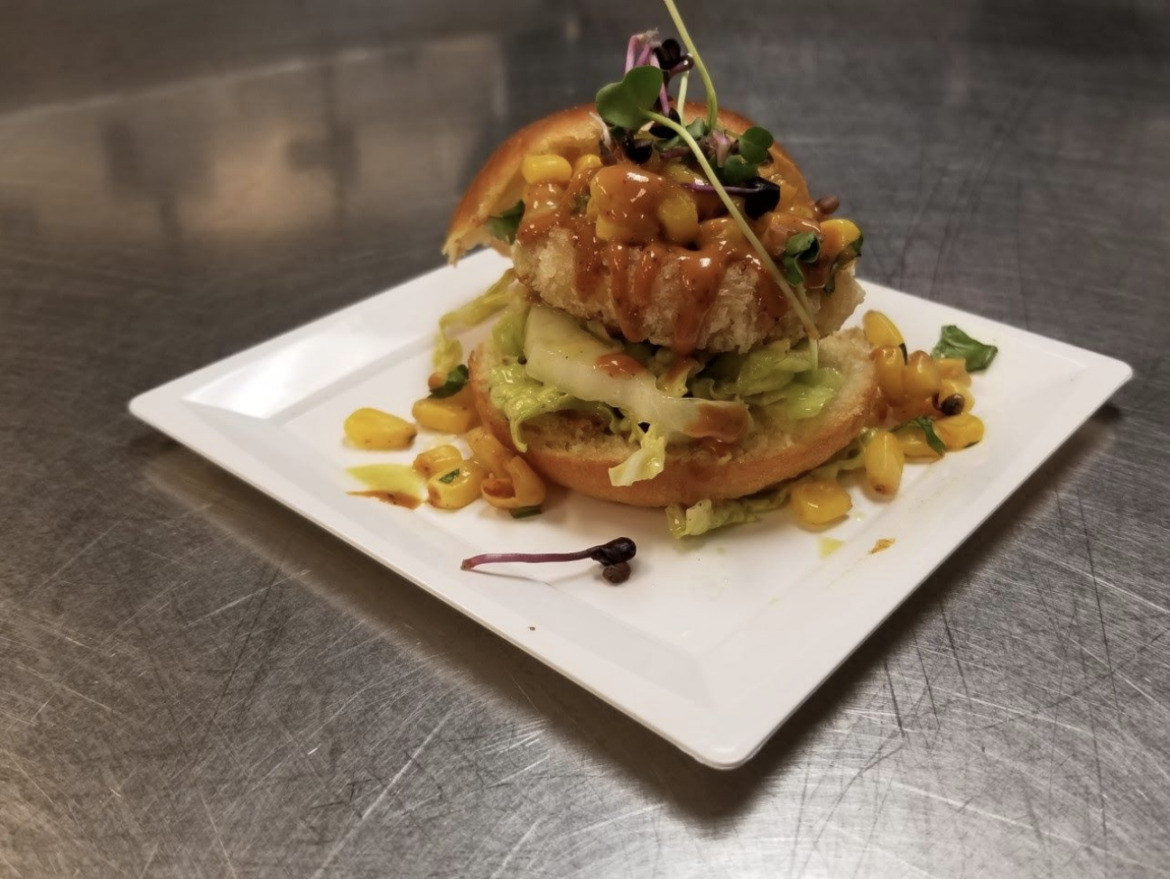 According to Yu, the Asian carp served at the University of Illinois comes from the Illinois River in Peoria. The river is a gateway into Lake Michigan.

Because it’s mild-tasting, he described it as a “blank slate” for chefs to create something that tastes however they want. He said the DNR has been telling chefs to “use your creativity. Whatever recipe you’ve got, try it out.”

“The response has been fantastic,” Penesis said. Out of the thousands of people who have tried it, he’s heard only two negative comments and they came from people who didn’t like fish.

He said Asian carp is mostly being served as a minced product.

“On the fish itself you have these small bones. It’s very labor-intensive to get those small bones out to serve filets, so we’re serving it as a minced or ground product, and it gets rid of all the bones.

To increase the market for Asian carp, Penesis said “you kind of need that perfect storm” that requires catching the fish, processing them and creating demand. “We’ve got the supply, so now we’re just working on getting that demand.”

“The emphasis right now is making sure the buyers of the product are aware that Asian carp are a quality fish,” Penesis said. “We need to make sure there’s enough fishers out there to harvest it.”

Through the DNR’s Enhanced Contract Fishing Program, anglers in Peoria will receive a 10-cent incentive for every pound they sell.

“I think we’ve got a very bright future,” Penesis said. “There are a lot of people who are interested in serving this already.”