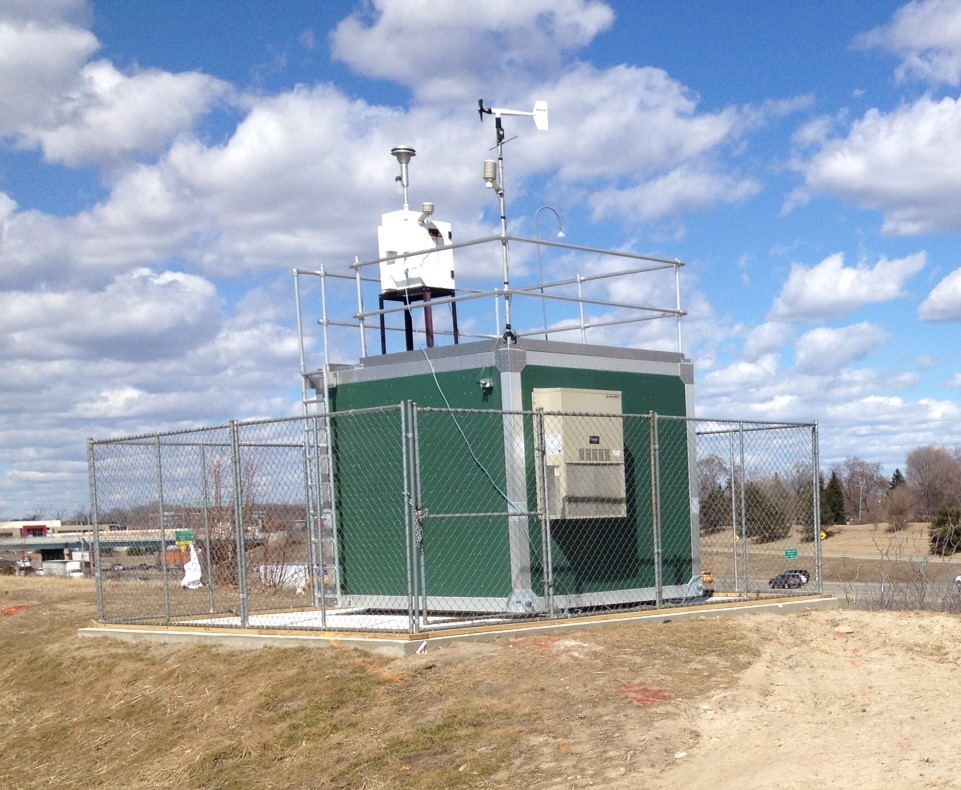 Forty-two states and territories, including Michigan, implemented “stay-at-home-orders” between March 1 and May 31 to discourage traveling, as reported by the Centers for Disease Control and Prevention.

Along with inhibiting the spread of COVID-19, these orders had the secondary effect of improving air quality in the Great Lakes region, experts say.

One Detroit testing site near I-96 that had high nitrogen dioxide, or NO2, emissions saw significant improvement in air quality in the past year, said Susan Kilmer, the supervisor of the Air Monitoring Unit in the Department of Environment, Great Lakes and Energy. NO2 is harmful to human health.

“When the orders were enacted, people weren’t commuting to work meant fewer personal and public vehicles on the roadways. And with the workforce home-bound, many industries were forced to scale back operations or cease them completely,” so fewer facilities were spewing out pollutants, Kilmer said.

Fossil fuel combustion is the main source of NO2 buildup in the atmosphere, according to the Environmental Protection Agency. As a greenhouse gas, NO2 — along with carbon dioxide, methane and fluorinated gasses — intensifies climate change.

The agency said NO2 also contributes to respiratory problems. While short-term exposure can cause pulmonary irritation, ongoing exposure can spur chronic infections and increase the risk of developing asthma.

Throughout Michigan, most near-roadway sites have recorded lower emissions during quarantine, Kilmer said. These sites use specialized instruments to monitor nitrogen dioxide, particulate matter, sulfur dioxide and other pollutants from vehicles.

For example, Central Indiana has experienced substantial reductions in air pollution. In April alone, the monitoring agency in Indianapolis showed a 38% drop in NO2 emissions compared with the previous year.

A study by the University of Minnesota, meanwhile, saw an even larger decrease in air pollution. When compared with figures from 2017 to 2019, data collected between Jan. 8 and April 21 demonstrated a 255% drop in emissions.

An international study by Martin Luther University of Halle-Wittenberg in Germany, said exposure to such emissions is also associated with worsened effects of COVID-19. It found that many regions with elevated NO2 levels saw higher fatality rates from the coronavirus than lower-level regions.

“Since the novel coronavirus also affects the respiratory tract, it is reasonable to assume that there might be a correlation between air pollution and the number of deaths from COVID-19,” researcher Yaron Ogen said.

According to Ogen, such atmospheric pollution could compromise the overall health of local residents — thereby increasing their susceptibility to COVID-19.

“Pollution acts as a major contributing factor, and sometimes the root cause, of all sorts of conditions. Individuals facing long-term exposure to NO2, for instance, are at increased risk of developing a range of conditions from asthma to lung cancer,” she said.

According to Dodson, airborne contaminants irritate the lungs, compounding the severity of illnesses like COVID-19.

“Many lower-income communities are full of factories, trains and vehicle traffic which spew pollutants that irritate the lungs, exacerbating any respiratory conditions. This is why COVID-19 has been disproportionately affecting poorer areas,” Dodson said.

These problems are a concern for residents of Michigan and elsewhere in the Great Lakes region where several cities are among the top 25 most-polluted locations in the country, according to the American Lung Association.

In the category of year-round particle pollution, Pittsburgh ranks the highest in the region at 8th place. Other cities on the list include Detroit, Cleveland, Indianapolis and Chicago.

Dodson, the respiratory therapist, said: “Some people have returned to work since June, which has caused an uptick in levels of pollutants. This rebound to ‘normal’ has been gradual, however, and emissions are still lower than pre-quarantine levels.”

According to Dodson, the return to typical pollution levels is expected to take time. Therefore, there’s still time to maintain these lower emission levels.

“Anything acting as an irritant to the respiratory system is something we’re concerned about. Our main goal is reducing air pollution to improve public health,” Dodson said.