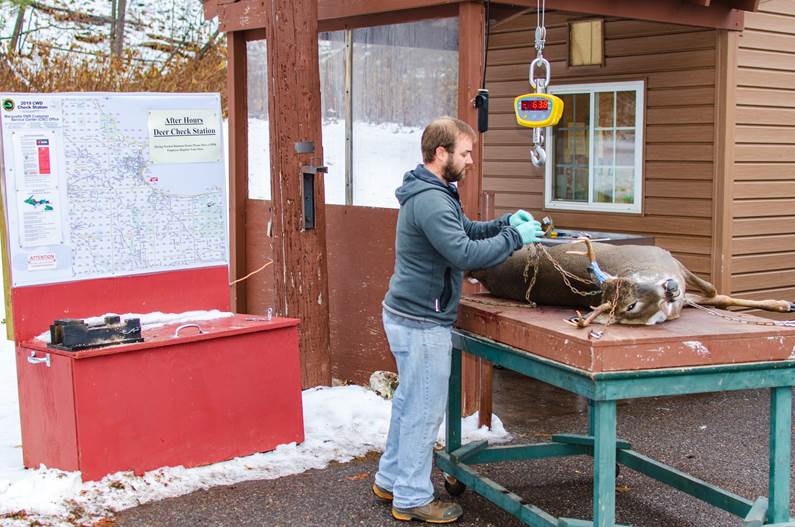 Business is booming for game processors this hunting season.

While many indoor leisure activities and spectator sports have been curtailed by the pandemic, hunters are more fortunate: The great outdoors isn’t shuttered by health restrictions.

Game processors in Michigan and elsewhere in the Great Lakes Basin say business is promising so far — and they expect continued steady customer traffic through the end of the season.

Some hunters who are working fewer hours due to the pandemic are using their extra time to seek deer, bear and other game.

“This hunting season has started out with a boom,” said Donna Luft, who owns and operates Luft Farm Wild Game Processing with her husband in Crystal Falls.

Bow season — when hunters can use only bows and arrows to kill game — is ongoing in many states. In Michigan, it began Oct. 1 and runs through Nov. 14. It runs again from Dec. 1 to Jan 1.

“We are up 50% from last year and [have seen] a lot of really nice bucks,” Luft said. “If this is any indication of how the season is going to be, we are going to be very busy.”

The manager of a processing shop in Wisconsin reports he’s also had a busy first few weeks of bow season.

“The count for bow season is probably double what it was last year,” said Jeff Zupan, who manages Bunzel’s Deer Processing in Milwaukee. “It’s been very busy.”

Bow season in Wisconsin began on Sept. 12 and runs through Jan. 3.

Bunzel’s employs 14 butchers to process deer and sometimes bigger game, such as elk and black bear.

While the catering end of his business has taken a hit because of pandemic restrictions that limit large groups, over-the-counter business has jumped, Zupan said.

“We’ve seen more people out, just because there’s so many more people off of work and working from home that can get out and set their schedules a little bit differently,” Zupan said.

The arrival of hunting season offered his customers some respite from the pandemic, he said.

“A lot of these people, myself included, are campers,” Zupan said. “We take our RVs and we go away because it’s so nice to get out of the city where there are all these mask mandates.”

The hunters he’s chatted with say the same thing — it’s nice to be out, surrounded by nature, because it gives them a sense of normalcy.

Getting fresh air and sunshine has been shown to be helpful for improving a person’s mental health. Many people are going outside more in the age of COVID-19 for that reason.

Game processors are gearing up for what looks like a packed firearms season. Game kills during bow season are modest compared to when hunters get out their guns, Zupan said.

“The weekend before Thanksgiving is when gun season starts (in Wisconsin) and then it’s just absolutely a zoo,” Zupan said. “That’s when we take in several hundred deer.”

He’s concerned about how busy it could get.

“We’re going to have to do everything we can to keep up,” Zupan said.

In Michigan, regular firearms season runs from Nov. 15 to Nov. 30.

New marketing of his business, not the pandemic, has led to a surge in customer service this season, he said. The arrival of firearms season will boost business, too.

“That’s when the season typically gets busiest, during firearms season, so we are expecting a bigger increase in traffic and customers during that time,” he said.

“We try to keep everything as clean and sanitary as possible, and we haven’t had any problems so far,” Habermehl said. “We’re obviously taking precautions with COVID-19 and everything, wearing masks, trying to just be as safe as possible.”

Other processors say they don’t yet know what business will look like this season.

For instance, employees at Costanza’s Wild Game Sausage Processing in Webster, New York, have to close their regular retail store before they shift to processing animals like deer.

“I can say a lot of people have been calling to drop off [game], but other than that we don’t know how anything is going versus last year,” manager Lauren Costanza said in an email.

The number of hunting licenses sold in Michigan continues to outpace last year, according to  Dustin Isenhoff, a marketing specialist with the Department of Natural Resources.

Sales from hunters purchasing licenses online are also up about 127% from last year.