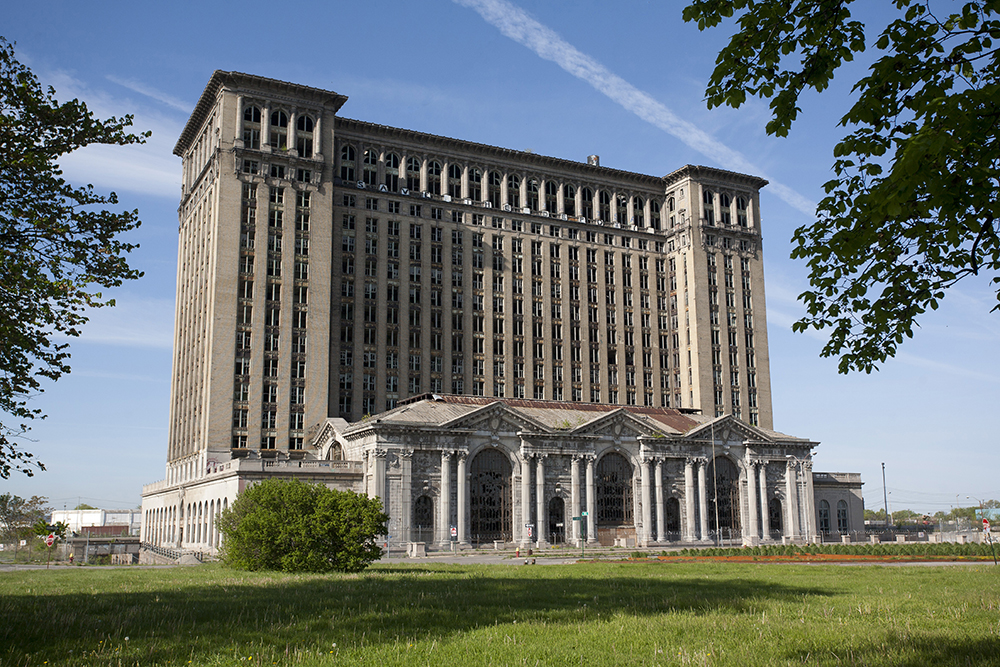 It’s the lure of gloom, not glitz. It’s the appeal of decay, not resurrection. It’s the enchantment of failure, not success.

It’s a ruin tour of Detroit.

People who take such guided tours “are primarily interested not in the city’s auto manufacturing heritage but in its crumbling factories, not in the architectural grandeur of a shuttered church or train station but in the juxtaposition of that grandeur with rubble and ruin,” according to Emma Jean Slager, an assistant professor of urban studies at the University of Washington in Tacoma who grew up in Grand Rapids.

“Ruin tours differ from cultural heritage tours in that the object of touristic consumption is urban decay itself” rather than what came before decay, Slager wrote in a study recently published in the journal “Urban Geography.”

“At the heart of ruin tourism lies a paradox: Such tours represent a form of economic development that takes urban decay as its object,” the study said.

Nonprofit groups and small touring companies showcase Detroit’s ruins for thousands of visitors each year. Most participants are from Metro Detroit, it said.

Meanwhile, some of the city’s best-known ruins are coming back to life in altered form.

In 2018, for example, Ford Motor Co. bought the long-abandoned Michigan Central Station in Corktown, several nearby buildings and 45 vacant acres to anchor what the automaker said would be “a 1.2 million-square-foot innovation hub that draws on talent at Ford and beyond.”

The $350 million restoration project will be completed in 2022, Ford said.

Meanwhile, one of the city’s tallest skyscrapers, the formerly empty 38-story Book Tower, is under restoration for a boutique hotel, offices, stores and housing.

The Detroit Building Authority says it’s only halfway to its goal of removing every abandoned structure in every neighborhood. Its remaining federal funds are already contracted for demolition.

Slager’s interest in so-called “dark tourism” to places associated with death and tragedy began as a student when visiting Bosnia during a study abroad program sponsored by Calvin College. A dark tour there focused on wartime destruction and massacre sites in the country during the 1990s.

“I felt deeply uncomfortable,” as well as curious about “what good could come out of it,” Slager said, noting that the Grand Rapids area has a large Bosnian population.

Slager’s article called Detroit ideal for a study of ruin tourism “because of the scale of decline evident in its landscape and because the city’s association with the automobile industry gives it a lasting place in the American imagination.” Its population plummet from more than 1.8 million in in the 1950 census to about 670,000 now led directly to massive abandonment of homes, apartment buildings, retail stores and office space.

Some tours focus on the ruins while others consider ruins with other cultural, historic or cultural sites, the study said.

When it came time to go on ruin tours in Detroit, “I knew what I was getting into and was going as a researcher,” Slager said. “I generally did interviews before taking their tours. Many of the stops on the tours are typical of cultural tours. It didn’t produce quite the same discomfort as a war tour.”

The website of one such offering, “Detroit: The Rise, Fall & Renewal Walking Tour,” says,

“Discover the history of Detroit through its architectural landmarks on a 2-hour walking tour that starts with the old Detroit Athletic Club, renovated Opera House, vacant Wurlitzer Building and new downtown YMCA. Continue to see where one of the biggest US department stores once stood, leaving a hole in the 1980s that has yet to be filled.”

Bob Goldsmith, the founder of tour operator Detroit Urban Adventures, says participant expectations have changed in recent years. Many now come from other states and countries, not just the Detroit area.

“The Rise and Fall Renewal tour isn’t a tour of ruins per se. We’re showing some buildings that are empty, but over the years it has changed,” Goldsmith said.

“I haven’t over the years loved it when people just want to see abandoned buildings,” he said, noting that there are still ruin tours that focus on abandonment. “To me, you’re not learning about Detroit’s history.”

And Jeanette Pierce, the founder of the nonprofit Detroit Experience Factory, said  misinformation about the city when her organization began giving tours in 2006 persists today.

“We believe in the power of contextual storytelling to paint a picture of Detroit’s incredible history and its exciting future,” the group’s website says.

The former Michigan Central Station is an example, Pierce said. “The train station was beautiful even when it was empty. Thank God we didn’t tear it down.

“Our mission is to have a positive impact on our city,” Pierce said. “That does not mean just rose-colored glasses.

“We don’t do just empty building tours but you’re going to see empty buildings. We provide context,” she said. “We try to provide full picture. We try to politely inform people that it’s offensive and hurtful to the city and city residents to focus only on the ruins.”

The redevelopment of parts of Detroit may be bad news for ruin tours.

“As developments like a new arena that opened just north of downtown in 2017 have increased pressures to project an image of Detroit as safe and welcoming to visitors, owners of the city’s iconic ruins have been pressured to increase security and move forward with plans to redevelop many of the sites,” the study said.

Ruin tours have taken place in other Great Lakes cities, including Toledo, Ohio, and Gary, Indiana, according to Slager.