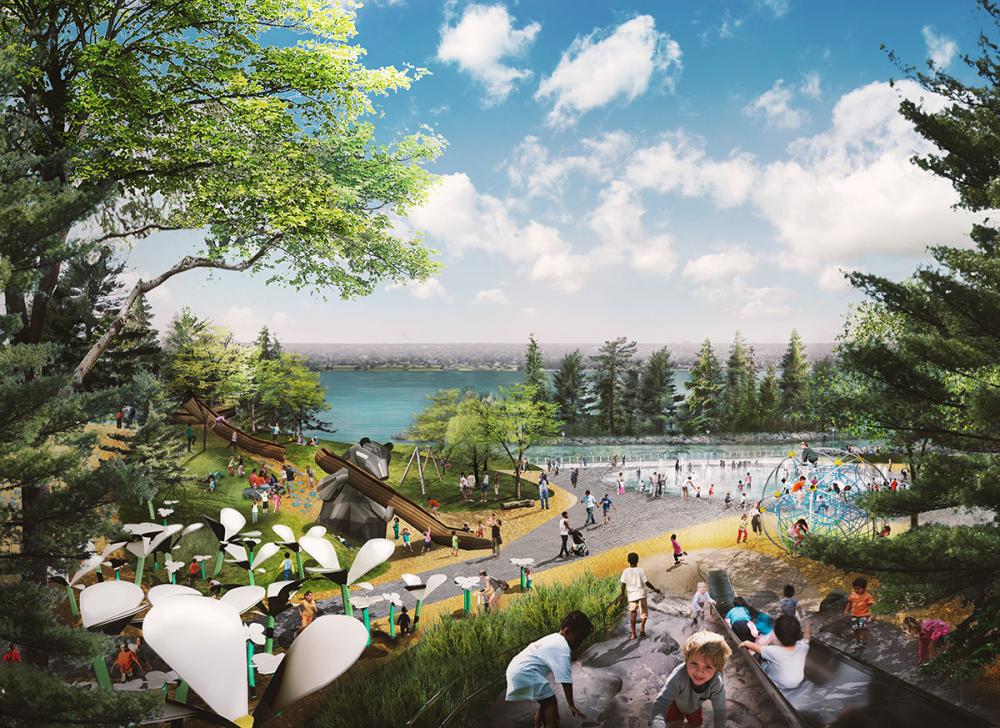 The Environmental Protection Agency recently signed a $2.5 million agreement to clean the Detroit River and create new habitat for wildlife.

The money will be used to clean contaminated river sediments and create homes for fish and wildlife in a cove area at the Ralph C. Wilson Centennial Park, a park being built along Detroit’s waterfront.

Set to be completed in 2022, the 22-acre park is located between Rosa Parks Boulevard and Eighth Street. It is the site of what was once a Detroit Free Press printing plant. 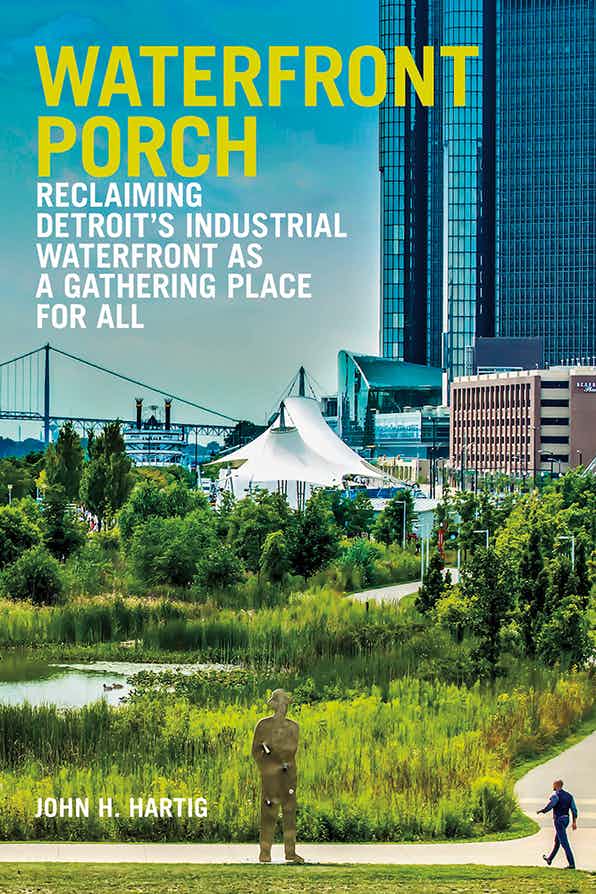 Waterfront Porch: Reclaiming Detroit’s Industrial Waterfront as a Gathering Place for All is $19.95 on msupress.org.

Wilson was a businessman and founder of the NFL’s Buffalo Bills. After he died, part of his fortune was moved to his namesake nonprofit. It is aimed at improving the lives of residents in Detroit, where he grew up, and in Buffalo, where he owned the Bills.

Since 2010, 4 million cubic yards of contaminated sediment have been cleaned or removed through the Great Lakes Restoration Initiative’s efforts, according to project leaders.

Hartig’s passion for the Riverfront runs deep. He wrote a book about it: “Waterfront Porch: Reclaiming Detroit’s Industrial Waterfront as a Gathering Place for All.”

This labor of love took Hartig, who served as a manager of the Detroit River International Wildlife Refuge for 14 years, two years to write. It takes readers through the major events that impacted the riverfront from the early 2000s to the present day.

The book highlights the construction of the Detroit Riverwalk as a way to revitalize the city and promote sustainable practices. Hartig aims to showcase the potential of the Detroit region.

What drove him to write the book is his passion to “green” the Detroit Riverwalk. Moving from a member on the blue-ribbon committee to create the riverfront conservancy to a member on the board of the conservancy, he’s always been the “green” voice — the voice that advocates for natural resources, he said.

“I thought it was time for somebody to share this story because if you can reclaim an industrial waterfront as a gathering place for people and wildlife in Detroit, you can do it anywhere,” he said.

The Detroit riverfront, which once had limited public access, now hosts millions of people. The development of the riverfront will connect people, Hartig said.

“Not only will kids and families from Detroit and the suburbs be able to connect to the Detroit River,” Hartig said. “It gives wonderful public access to the river, and allows them to experience some of these habitats, allows them to touch the water at the beach.”

It will also help people learn about and care for the Detroit River.

“I think people, wherever they are in the United States or other parts of the world, need these kinds of projects that give hope, Hartig said. “I think this is a (project) that really gives hope that we can reclaim these areas — these industrial waterfronts — and we can clean them up. We can reconnect people to them and they can be amazing places that enhance the quality of life.”