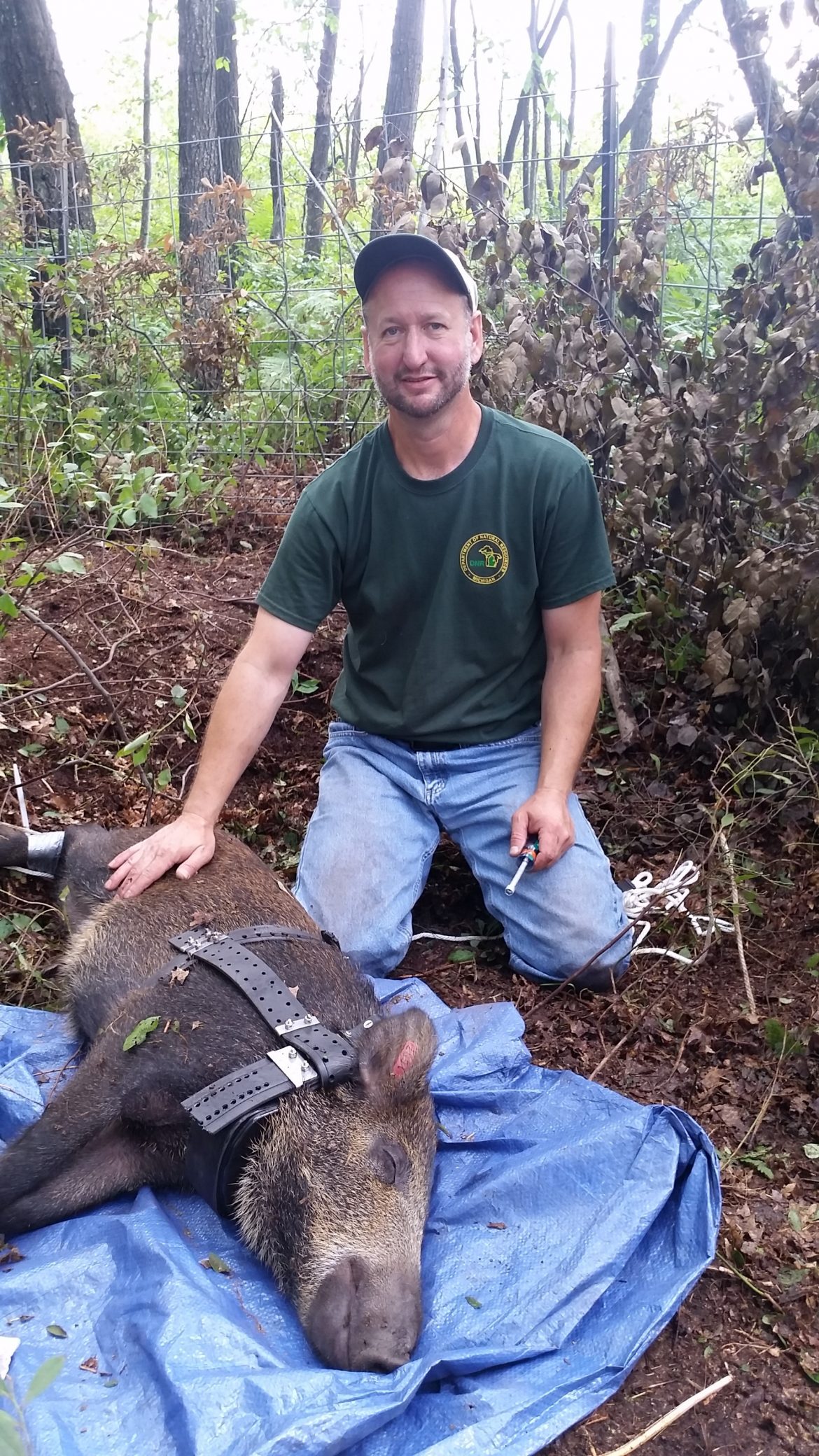 A “pig bomb” went off at the turn of the century, flinging wild hogs north from their southern stronghold.

Jack Mayer resorts to such pyroclastic porcine imagery when describing the transcontinental spread of wild pigs across the United States.

He’s one of the foremost experts in the subject, having spent nearly 50 years studying wild pigs from his home base at the Savannah River National Laboratory in Aiken, South Carolina.

Now there’s new research showing that pigs in the north root up native plants and rob the soil of key nutrients plants need to flourish.

“Back in the early 2000s when we started to see the pig bomb going off, and they were appearing in a number of northern states, those of us working on pigs at that time were going ‘the pigs are coming, the pigs are coming’, and people up north were going ‘what pigs? what are you talking about?’” Mayer said.

Wild pigs are here, and there’s an effort underway to understand their impact on northern ecosystems.

Although we have a lot of understanding of what wild pigs have done to southern landscapes, there’s growing interest in what they’re doing in northern states, Mayer said.

The new research was performed by Steven Gray, formerly a doctoral student at Michigan State University, and colleagues, and recently published in the Journal of Wildlife Management.

Gray, now a postdoctoral researcher at the Lincoln Park Zoo in Chicago, is a native of Tecumseh, Michigan. His research grew out of concern in the Department of Natural Resources on what wild pigs might be doing on and to Michigan’s landscape, Gray said.

The number of wild pigs in Michigan is unknown, though their prevalence is miniscule compared to the southern United States, where they’ve had a considerable impact on the forest ecosystems in the region, said Gray. They’ve disrupted populations of native plants and animals through their changes to the landscape and their promiscuous eating habits, gobbling up all kinds of different plants and animals, he said.

Small numbers of wild pigs on the landscape doesn’t necessarily mean they aren’t capable of altering northern ecosystems in significant ways, he said.

“The amount of soil even one pig can overturn with their snouts is astounding,” Gray said. This has the potential to negatively impact native plants and animals, especially if pigs become more widespread in Michigan.

“Currently these animals exist as small and localized populations,” he said.

Four counties – Arenac, Bay, Gladwin and Midland – in Michigan’s Lower Peninsula are considered a “hot spot” for wild pig activity and were selected for the study, Gray said.

The researchers visited the counties and documented evidence of rooting behavior, found tracks and scat and recorded pigs using a system of trail cameras, he said.

But to really figure out pig’s impact on the land, they needed to follow them, to find their favorite haunts, and study their impact on those areas.

To do this Gray and his colleagues fitted seven wild pigs in the four-county study area with GPS collars that recorded the pig’s location every 30 minutes.

This gave them more than 22,000 pig locations to sift through to identify areas they disturbed. They then examined what happens to the environment of those areas when pigs come calling.

They found that it doesn’t take many pigs long to change the local environment.

The most notable impact was on rare plant species, Gray said. They found lower diversity of plants as well as fewer of the rare species in areas disturbed by the pigs.

When they tested soil disturbed by wild pigs, they found it had lower levels of two macronutrients, magnesium and ammonium, that are important for plant health and growth, he said.

They did not detect harm to trees, though he cautions that the length of their study – two years – may be too short to have picked up such an impact.

Regardless, experts say the study contains plenty to worry about.

“The speed that feral swine change the habitat is alarming to me,” said Rachel Maranto,

the stewardship coordinator for the Lower Peninsula for the Michigan Nature Association. The association oversees more than 180 sanctuaries across the state, including two in the four-county study area.

“Our mission has a rare species protection focus,” said Maranto. Many of their sanctuaries are home to some of Michigan’s most vulnerable species.

Though they haven’t detected wild pigs on any of their properties yet, they’re concerned what could happen to the rare species afforded protection in the sanctuaries if they do show up, she said.

Mayer, in South Carolina, did not participate in the research but is familiar with the study’s design and results. This is one of the first studies to evaluate the environmental impact of pigs in a northern state, he said.

What surprises him about the study is that Michigan researchers didn’t find expansion of invasive plant species in areas disrupted by wild pigs.

Invasive plants have taken hold in large areas of the south because of the impact of wild pigs, he said. He thinks they’d have the same impact in Michigan if their numbers grow.

Wild pigs can carry diseases that can be transmitted to other wildlife and domestic animals, Mayer said. In the south wild pigs harbor the pseudorabies virus and pass it to wild carnivores and livestock where it can cause deadly neurologic disease.

If pig numbers expand, they can be devastating to crop production as well, eating crops and knocking down tall plants like corn, he said.

In the south wild pigs became established after a number of states actively promoted the animals as a new big game hunting resource, Mayer said. Northern states got in on the action through escapees from private hunting ranches as well as by people illegally trailering pigs north and letting them go.

“Michigan, to their credit, took this seriously,” Mayer said. They’ve not allowed wild pig numbers to get out of control in the state yet. But they shouldn’t let their guard down.”

One thought on “Rooting out wild pig’s impact in Michigan”