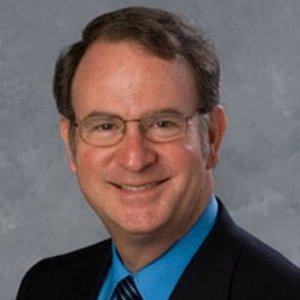 Mark Pontoni plans to donate to food banks about half the money he receives from the federal stimulus check to fight the economic consequences of COVID-19.

“Everybody can use extra money, but right now I think that if you’re in a position to help out, I think you should do it,” said the 65-year-old East Lansing High School teacher.

“Online currency is the way of the future for real,” said Harris, 21, a full-time student at Ferris State University in Big Rapids. “It’s an easy way to flip your money.”

Most adults will receive $1,200 and another $500 for their dependent children under 16. Details here.  While the federal government figures out how to roll out the program, people are already planning what to do with the cash.

A random survey of Michiganders found that many just want to save it, given the uncertainty of the length of the crisis. But they also said it was a tough line between impulse buying and saving.

“I really need to save it,” said Bree Cleveland, a 21-year-old Oak Park resident. “I shouldn’t just spend it all on clothes or something, but I know I probably will.”

If it makes such people feel any better, spending it is exactly what economists want you to do.

Some people will be tempted instead to save their stimulus money or pay off student or other loans, said Michigan State University economics professor Charles L. Ballard.

Paying down debt is an understandable impulse, Ballard said. “I wouldn’t be upset at people for saving their money and being worried about their future economic state.”

But the economy as a whole would benefit more if people spend their checks in a way that rapidly circulates through the rest of the economy, he said. The idea is to give money to people who support businesses that keep workers employed so that those workers can earn money and spend it at other businesses and continue the cycle.

“Get more money in somebody’s pocket, cut their taxes, write them a check,” Ballard said. “And then they will spend that money and they’ll go to this business or that and those businesses will get more money than otherwise and will be able to stay open.”

One challenge: many businesses – restaurants, nail salons, retailers – are closed. People couldn’t spend there if they wanted to, Ballard said.

Still, buying is on some of their minds.

“I just moved in, so I’m probably just going to use it on furniture and other things for my apartment,” said Rio Martinez, 32, of Auburn Hills.  “I did say that I would get my kids some toys too.”

Others plan to both spend and save.

“If I receive a check, I will buy furniture for my living room and more stuff for my son whom I am expecting in July,” said Shatorra Powell, 22, of Detroit. “Then I’ll save the rest.”

“I miss my family,” said Rose, who said she’ll pay off the remainder of the year’s rent and move back home to northern Michigan.

Berkley Sorrells continues to live in an MSU dorm. But she also plans to use the money for rent.

Zonglian Fu, who owns an East Lansing Chinese restaurant named Rice Kitchen, said if he qualified he’d give his employees a raise. Their workload at his restaurant has increased with improved takeout business. Workers willing to come in rather than stay at home deserve more money, he said.

“This is undoubtedly beneficial to us, who are still in business,” he said. “Our revenue has nearly doubled. As the income increases, so does the workload.”

Tyrell Slappey said he hopes to catch up on outstanding bills: “It’s a couple things I’m behind on so I’ll be catching up on things to get into a proper place.”

The 39-year-old Detroit resident hopes the government will send another check as the stay-home order has been extended until April 30.  An additional check will help him stay ahead.

And others will use the money to stay healthy.

“Seriously, I’m not thinking about shopping at the mall right now,” said Yihan Cai, a senior at Michigan State University. “I would spend it on more practical things like buying vegetables and fruits or buying paper rolls and hand sanitizers.”

Students may be conservative about spending because some colleges and universities have offered tuition refunds and housing credits. Loan companies are allowing people to defer car payments. Evictions and water and power shutoffs are sometimes deferred.

Charliah Morgan, a junior at Howard University in Washington D.C. and who is from Fraser, said she is unworried about the economy or the virus. She looks forward to when she can be with friends.

“If I receive the stimulus check, I’m putting it into my savings,” Morgan said. “My work-study job and real job are still paying me.”