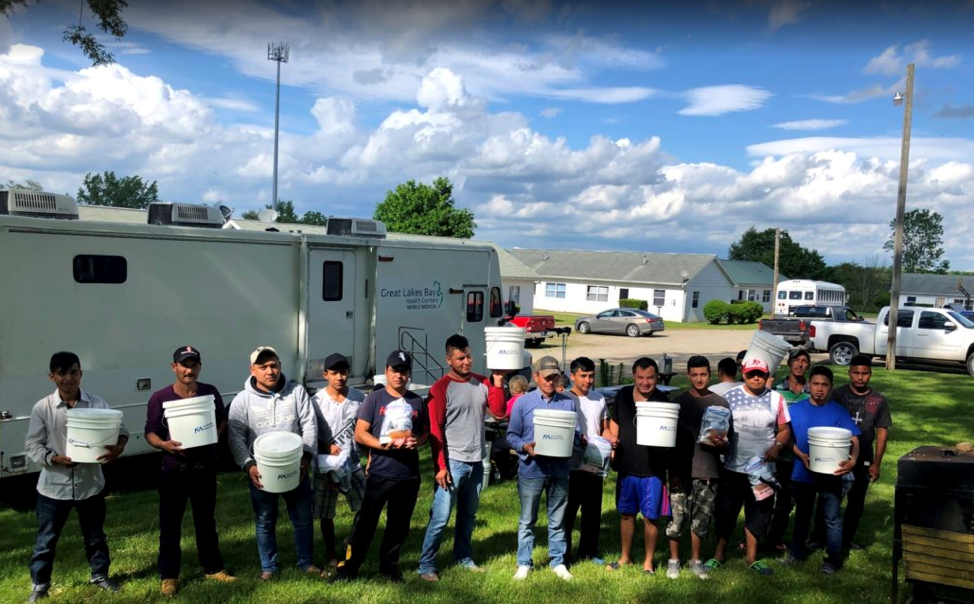 That’s just one reason they are particularly vulnerable to COVID-19, the pandemic coronavirus currently paralyzing societies across the globe, said Dale Freeman, director of migrant affairs for the Michigan Department of Health and Human Services.

The state agency monitors migrant farm worker health and Freeman worries about the virus’s impact on them because of how they live and work.

Nearly 95,000 migrant and seasonal workers come to Michigan to work in agriculture, according to the most recent analysis produced by the Michigan Interagency Migrant Services Committee.

There are 46 Michigan crops that are harvested by hand.  The growing season runs from April, with asparagus, until October’s apples, said Teresa Hendricks, executive director of Migrant Legal Aid.

Migrant farm workers are involved every step of the way, she said.

Her organization provides legal assistance, outreach and health-related education to Michigan’s migrant community, especially in the fruit belt that runs along the west side of the Lower Peninsula.

In the past, many of these workers traveled as families to Michigan from Mexico and other Latin American countries, Hendricks said.  Now, more individual workers come to the United States under the H-2A temporary agricultural worker visa program. Those workers lack family support or their own means of transportation.

Regardless of status, Hendricks says their lives don’t allow them to take measures to avoid infection, especially the H-2A workers.

“H-2A workers are always together,” Hendricks said. They ride together in buses to and from the fields, they work the rows side-by-side, transfer produce together, travel to town together and live in very close quarters together. 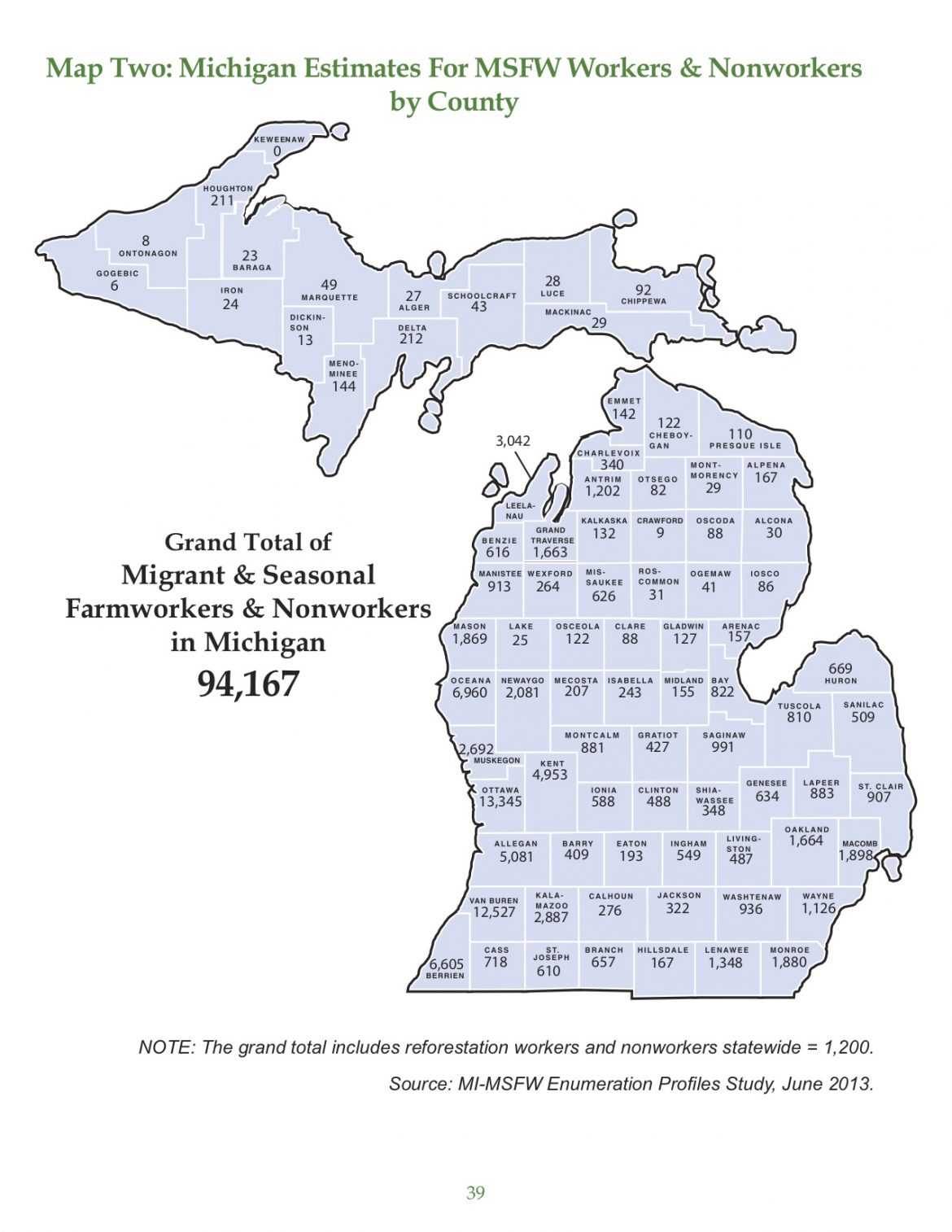 That makes them vulnerable if the virus gets into the community.

They are housed by agricultural companies in 900 camps that the state licenses, Hendricks said.  The regulations allow many more people to live together than would be allowed in regular towns.

Many share common living and cooking areas and sleep in large bedrooms with bunk beds, Freeman said.  Such living arrangements are perfect for spreading infectious diseases such as COVID-19.

And if the coronavirus makes its way into the farm worker community, members may not be quick to seek medical attention.

“They work 90 to 100 hours per week in the peak season,” Hendricks said. They don’t have time to make an appointment in town to see a doctor.

So, Hendricks and her team go out to the farms two to three times per week during the growing season to check on workers and to build and maintain relationships.

“They’re very reluctant to complain,” she said.  They worry about blacklisting, retaliation and adverse employment consequences if they stick up for their rights.

Jesse Costilla was a migrant farm worker for over 15 years before becoming the migrant program manager for Great Lakes Bay Health Centers.  The agency serves farm workers with mobile medical and dental clinics, as well as brick and mortar clinics in the central and eastern Lower Peninsula.

“In 1968 we started off with a grant of $75,000 to serve agricultural workers in the area, and it took off from there,” Costilla said.

Lately he’s been fielding calls from farm workers about COVID-19.

“As soon as the epidemic started kicking off, everybody is freaking out,” he said.  Folks have been calling him, asking if they should be worried.

They’re too busy to look into the pandemic so they’re relying on “Elpaisa Delnorte” (the brother in the north) on Facebook and social media for their information, Costilla said.

The biggest camp they serve has 300 workers in Gregory, he said.  The other camps are mostly 30 to 40 people.

Costilla and the medical professionals show up with the mobile clinics before the workers come in from the fields, around 4 p.m. When the farm workers get back to camp in the evening, they provide medical care to those who desire it.

The virus is already making life hard for workers, and the companies they work for, even before they have a chance to come to Michigan.

In part because of the spread of COVID-19 the H-2A program was suspended for many wanting to come work in the United States from Mexico.

For farmers reliant on migrant and seasonal farm workers this is a new challenge to an industry already under stress.

“Business in the farming industry is bad,” said Richard Burrma, whose farm in Gregory brought in 60 H-2A workers last year.  The recent suspension of the H-2A program shouldn’t impact people already with a work visa, but with travel restrictions and shelter in place orders, it’s not clear they’ll be able to come to Michigan, Buurma said.

Buurma farms 900 acres of celery, beets, radishes, greens, parsely and cilantro.  Before the virus, he and other farmers had been contending with Canadian and Mexican farms flooding the US market with produce, Buurma said.

And now the virus is here, it potentially crimps the availability of farm workers and the market for the crops they produce.

Restaurants order huge amounts of produce, Buurma said, but if they stay closed that’ll be devastating to farmers.

All of this leads some farmers to wonder if it’s worth putting in a crop this year.

They’ll have to decide soon:

“We’ve got until April 15,” Buurma said.  That’s when radishes, the first of the year’s crops, are planted.

“We’re bringing in seeds, so we’re planning on planting.”