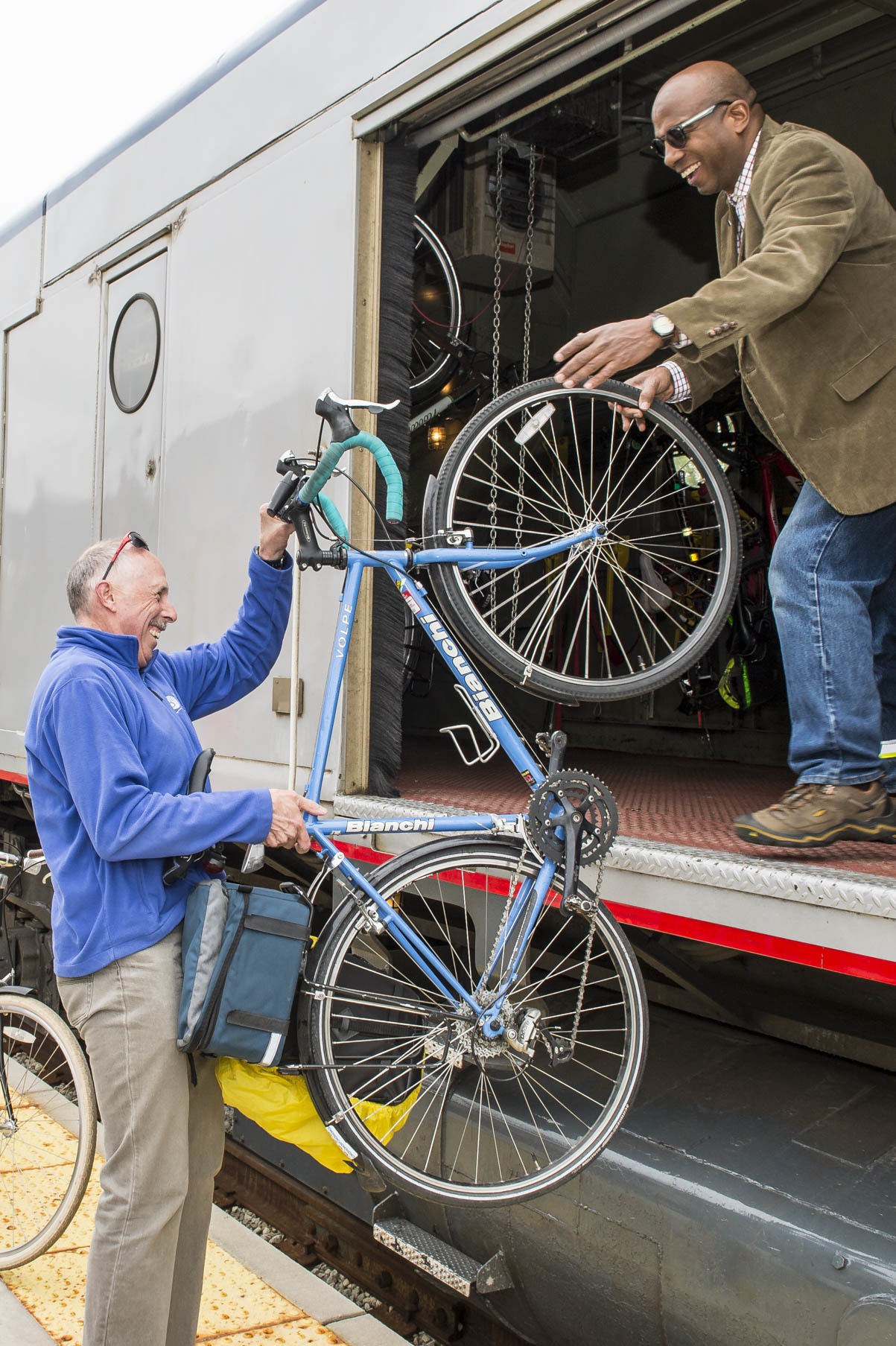 Bike being put into the storage car on an Amtrak train. Image: Michigan Department of Transportation.

Michigan is encouraging bicyclists to become public transit users with new ways to store bikes on trains and by creating intersections of routes for both modes of transportation.

“We are receiving lots of requests from the cycling community, both the consumers and the advocacy community, and we’ve been wanting to be able to accommodate that,” said Derrick James, senior manager of state government affairs at Amtrak.

In the past, bikes had to be taken apart and packed into boxes to transport them on a train, Derrick said. Now a number of bikes are able to fit comfortably on some train routes without disassembling them.

On those routes, you can bring your bicycle onboard the train with a reservation. Each train is limited to a number of bikes that are stored in an open area at the end of one of the coaches. The Chicago-Grand Rapids trains carry 15 bikes. The Chicago-Lansing-Port Huron trains and the Chicago-Detroit-Pontiac trains each carry four bikes per train. Amtrak in fiscal year 2019 carried just less than 55,000 bikes nationwide on its trains. 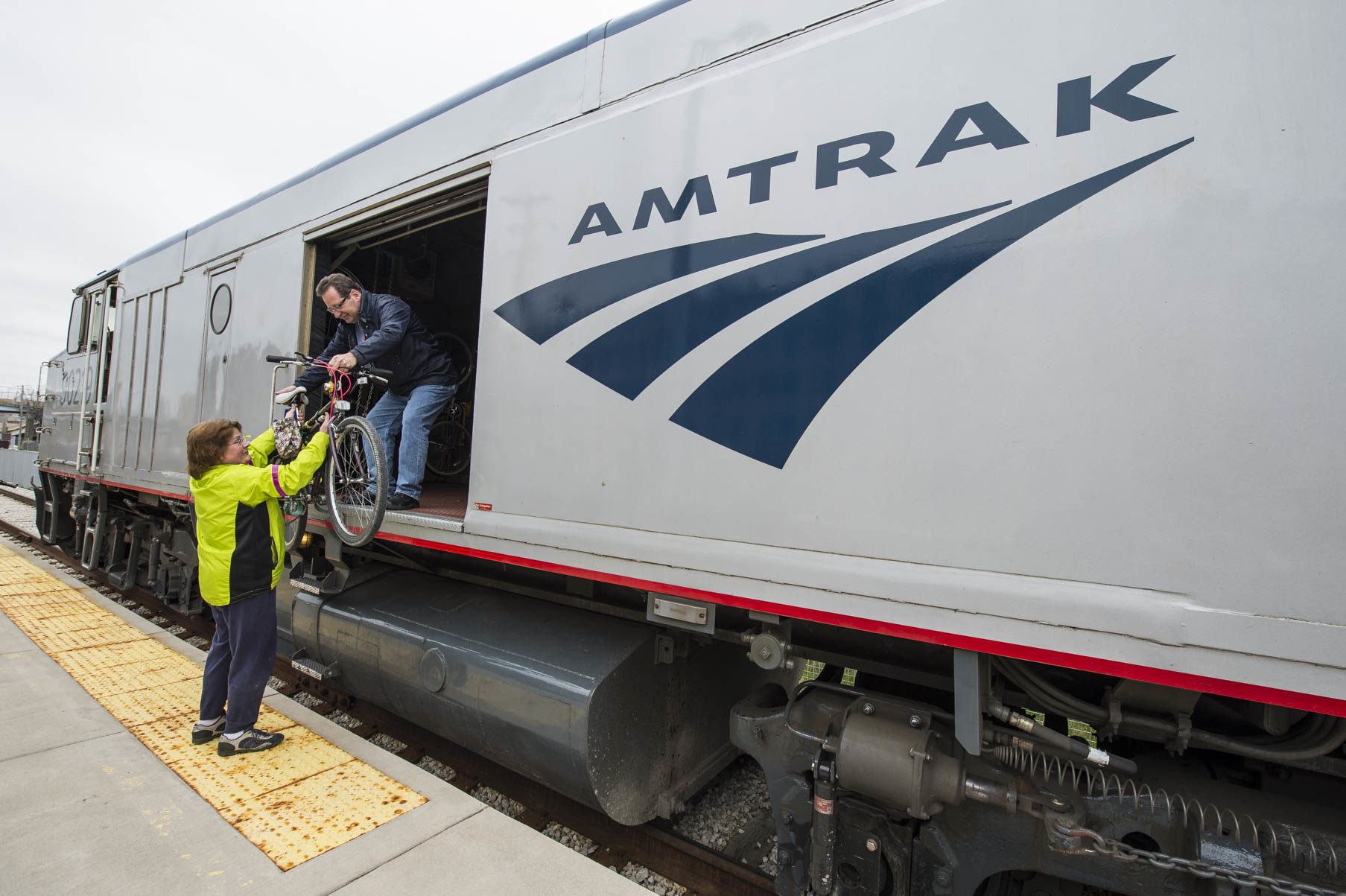 Putting a bike onto an Amtrak train. Image: Michigan Department of Transportation.

Amtrak is working with the Midwestern states to create even better ways to transport cyclists, said Jeff Martin, an analyst at the Michigan Department of Transportation.

“We are working to procure new coach cars for our services right now along with the other Midwest states,” he said. “But the new cars will have bike racks on them and then will offer even more bikes than we currently handle.” He did not know when the new cars and racks will be coming to Michigan.

Another benefit is that the bikes aren’t just stored in open space, but held securely on a bike rack, he said.

The train accommodations fit with the popularity of Michigan bike trails, said Joshua DeBruyn, a bicycle and pedestrian specialist at the Michigan Department of Transportation.

“In Michigan we are among the leaders in the nation on the number of rail trails and shared use pathways throughout the state,” he said. 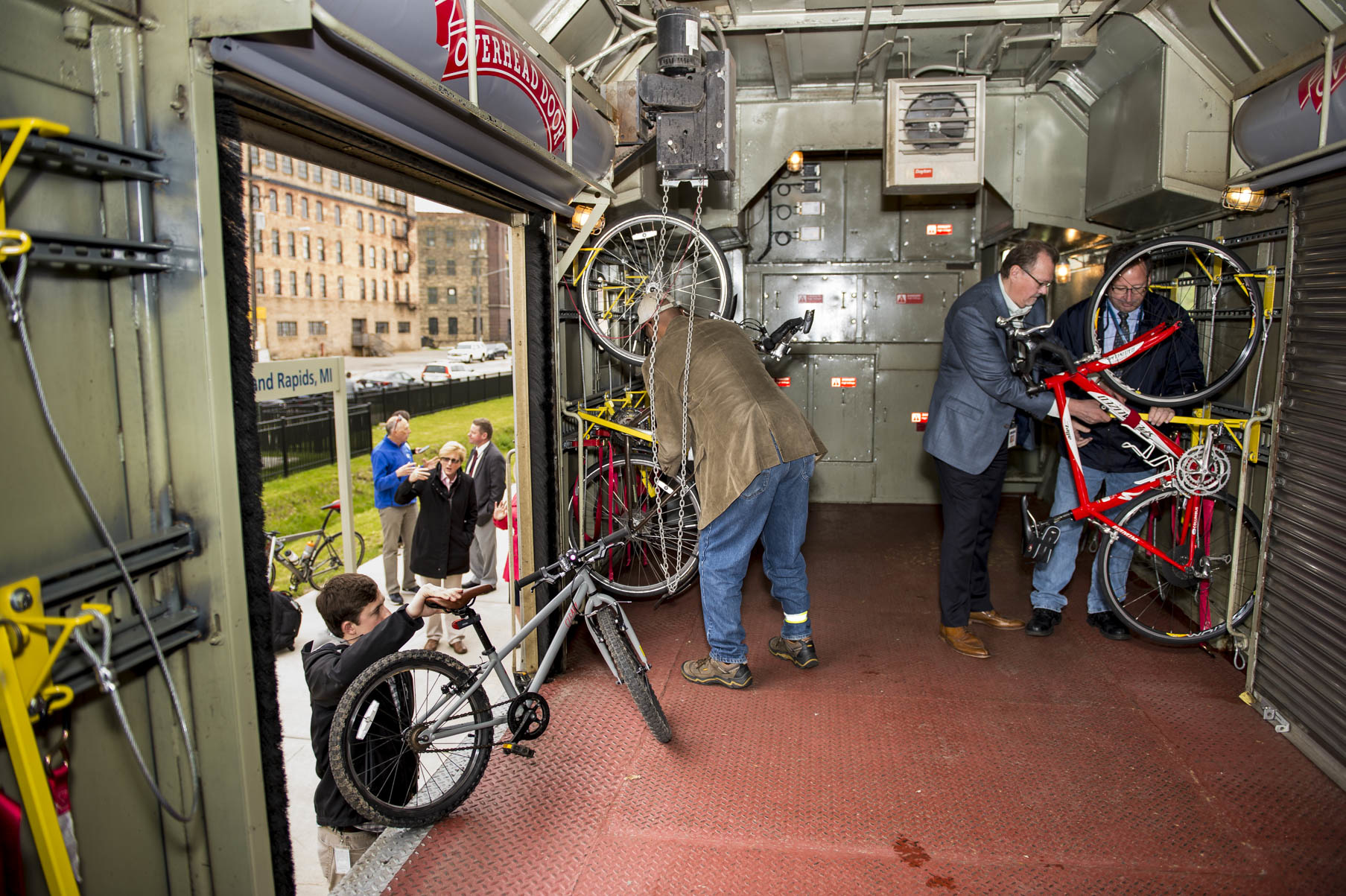 And Michigan residents taking the train to Chicago can bring along their bicycles to make it easier to move around the city, DeBruyn said.

“Driving a car to Chicago and parking can be challenging and expensive and this service has made it easier for people to get from Michigan to Chicago and then move throughout Chicago,” he said.

“Communities are really trying to bring the (bike) paths into the communities and oftentimes those are close to the transit stations and train stations,” he said.