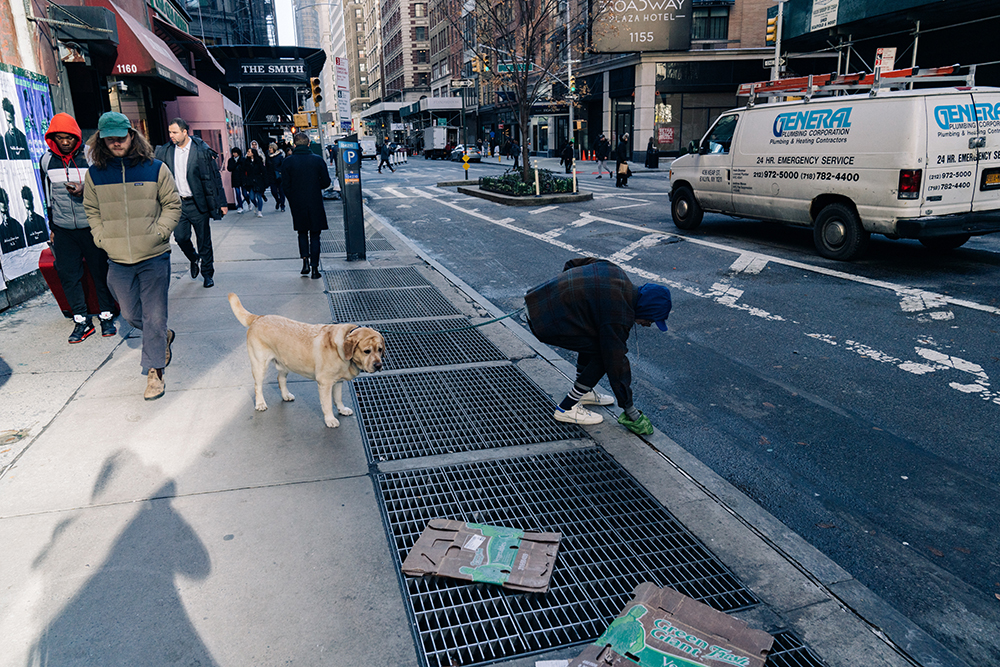 Your pooch’s poop is more than a smelly inconvenience at the bottom of your shoes.

When pet waste is left on trails, in the woods or on the streets, it washes into rivers and lakes that supply drinking water.

The Environmental Protection Agency classifies dog doo as an environmental hazard. The federal agency estimates that waste produced by just 100 dogs can contain enough bacteria to temporarily close a beach to swimming and fishing.

Dog poop is a non-point source pollutant, just like oil and toxic chemicals, that threatens water quality and public health.

“What they say right now is (that) animal waste is causing more pollution than human waste,” said Joan B. Rose, the Homer Nowlin chair in water research at Michigan State University.

The problem with dog stool is that it can carry diseases that make water unsafe for drinking or swimming. It also contains nutrients like nitrogen and phosphorous, which encourage algae growth and make water unattractive for recreation, according to the University of Wisconsin Extension and the Wisconsin Department of Natural Resources.

It’s “nutrient heavy because all dog food has a ton of nutrition in it,” said Lucie Amundsen, public information officer for the Minnesota Pollution Control Agency.

That’s unlike the diet of wild animals that may be eating little more than berries and twigs, she said. “It’s not going to be the same as bear scat.”

Despite the existing laws that prohibit pet owners from abandoning waste, it still happens.

“There’s a lot of times people are witness-free and may not have a bag,” Amundsen said.  “I think we’ve all done it as dog owners.”

In fact, a 2017 study by University of Minnesota researchers found pet waste to be one of the main causes of pollution in the Twin Cities urban watershed. 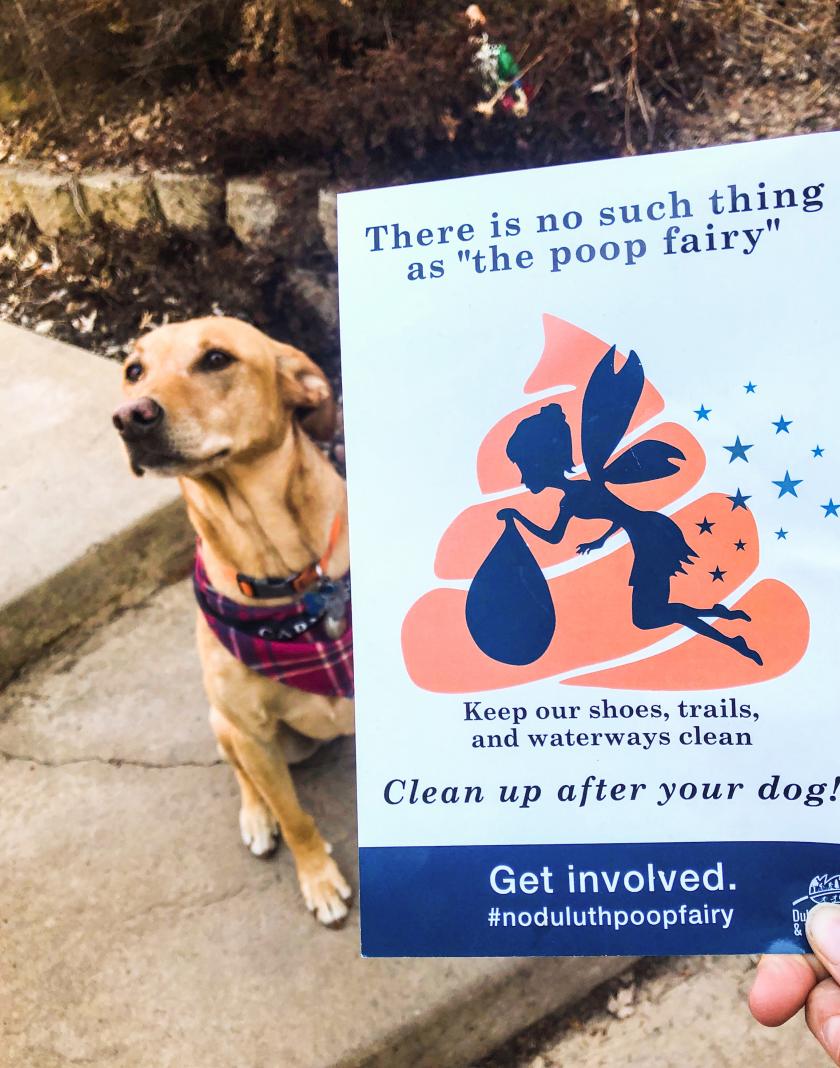 Duluth, a city in Minnesota with thousands of pooping pups, started the campaign “No Poop Fairy” last summer, mimicking a similar campaign in California to educate pet owners on cleaning their pet’s poo.

The campaign is a creative effort aimed at protecting Lake Superior from waste. It’s marked by a sign in parks reminding owners to bag and toss waste, a viral video and a poop fairy costume.

“Duluth thought it was a great way to spread a message chiding people but not necessarily shaming them,” Amundsen said. “It’s trying to create a little social pressure to do the right thing.”

But teaching pet owners how to handle their pup’s number two doesn’t clean what has already been left.  This is why Lake Champlain Committee, an organization dedicated to preserving the health of Lake Champlain in Vermont and New York, teams up with local organizations each April on clean-up events around the lake.

On “April Stools’ Days,” the committee arms volunteers with gloves and poop scoopers to clean pet poop on trails and parks near waterways.

The event heightens awareness of the pollution abandoned pet waste causes and engages people in picking up after their pets, said Lori Fisher, executive director of Lake Champlain Committee.

“It’s part of your responsibility as a pet owner to pick up after your pet,” Fisher said. “If you can’t deal with pet poop, then that is something that should influence whether you are a dog owner.”

The Lake Champlain Committee urges pet owners to pick up pet waste with biodegradable bags and toss it in the garbage.

“We just need to remind people, Amundsen said.  Education is a never-ending cycle of reminding people to do the right thing.”