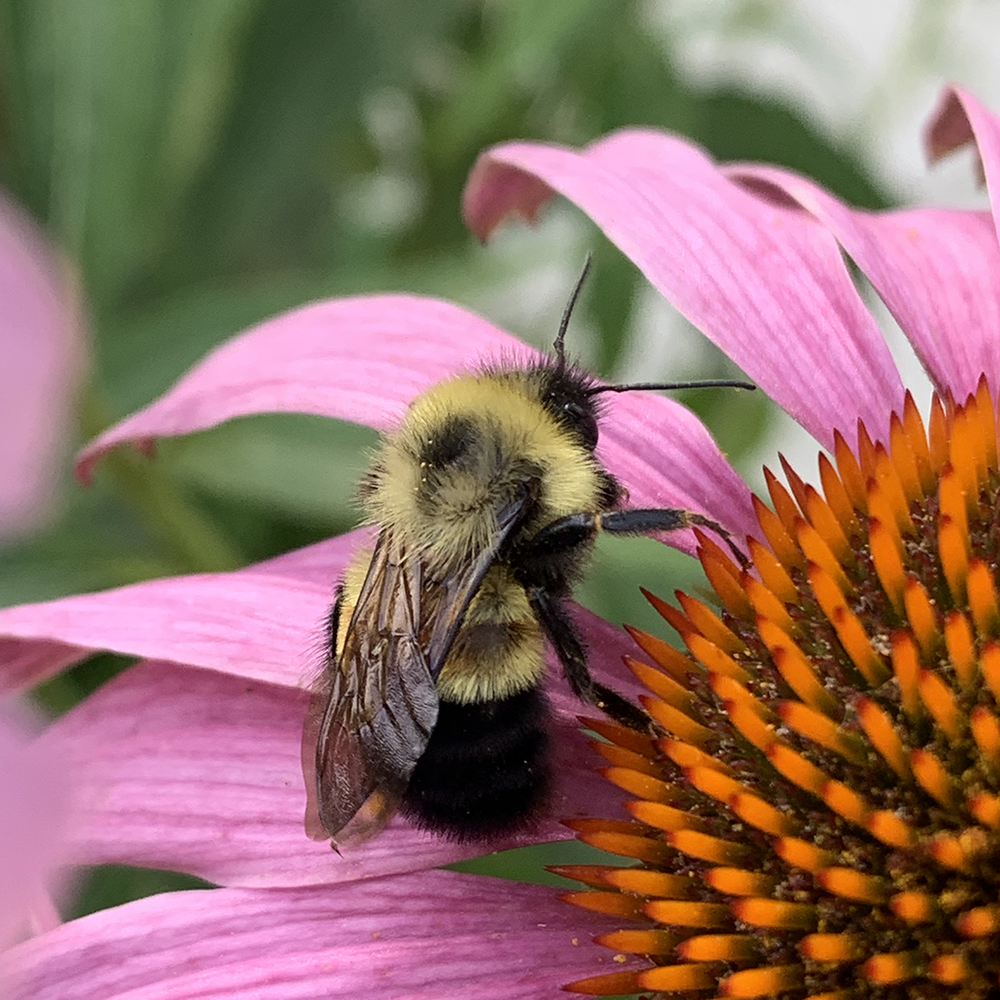 The mission, should Midwesterners choose to accept it, is to recover a bee.

The insect in question is the rusty patched bumblebee, code name Bombus affinis, a little black-and-yellow pollinator. Its population has mysteriously declined, falling by nearly 90 percent since the early 2000s. In 2017, the U.S. Fish and Wildlife Service put it on the equivalent of the agency’s most wanted list and designated it an endangered species.

Researchers from the agency are investigating possible culprits.

“The exact cause of the decline is really unknown, but there’s a lot of evidence that suggests a few things,” said Tamara Smith, a fish and wildlife biologist at the U.S. Fish and Wildlife Service. “We think that it’s a harmful interaction between some kind of disease or pathogens and exposure to pesticides.”

A new draft recovery plan from the organization lays framework for combating these pathogens and pesticides. It calls for first stopping the decline and then reversing it.

In the early 1990s, an abundance of the bees existed in the Great Lakes states, plus other places in the Midwest and Northeast. They could be found in 28 states, the District of Columbia and two Canadian provinces, Smith said. Then came the sharp downturn in the late 1990s and early 2000s.

“You only find it in about half those states, about 14 states, and one of those provinces in Canada,” Smith said. “Most of the very recent records are found in Minnesota, Wisconsin, Illinois and Iowa.”

Pathogens and pesticides aren’t the only offenders, either.

“They’re also hit by a combination of other threats at the same time, including competition from commercial bumblebees, climate change, habit loss and habitat degradation,” Smith said. “It’s a number of things that are probably acting on that species.”

There is evidence the commercial bumblebee industry harms wild populations, said Elaine Evans, an extension educator and bee researcher at the University of Minnesota. Higher levels of diseases from the industry, which uses bumblebees to pollinate plants in greenhouses, can spread to the wild population.

So, what can be done to help the U.S. Fish and Wildlife Service with its draft recovery plan?

“There’s all kinds of things people can do,” Smith said.

One of the most important things is to provide habitats for the species, as laid out in the plan.

The rusty patched bumblebee isn’t picky about where it lives, Evans said. It likes plenty of plants: willow, maple, shrubs and nectar from lots of flowers. If they find a flower-filled corner or nook, they can usually get by, she said.

“If there’s part of people’s yards where you can just leave things undisturbed, you can leave a pile of sticks in a corner,” Evans said. “That’s a great way to possibly provide a place for them to nest.”

Other things can be done, too — like reporting sightings or sending photos of the rare bumblebee to wildlife officials across the region. People can go visit Bumble Bee Watch — a website of a community science project to catalogue North America’s pollinators — to submit photos of bees and nests.

“It’s up to people to help us get that information,” Evans said. “Just with the listing of the endangered species, there’s been a huge increase in awareness around the species.”

It’s gotten so much awareness that in 2019, Minnesota’s state legislature declared the rusty patched bumblebee its state bee.

“It’s getting a lot of attention,” Evans said. “People are aware we have something special here.”

The U.S. Fish and Wildlife Service is taking public comment on the draft recovery plan for the rusty patched bumblebee until Feb. 24.