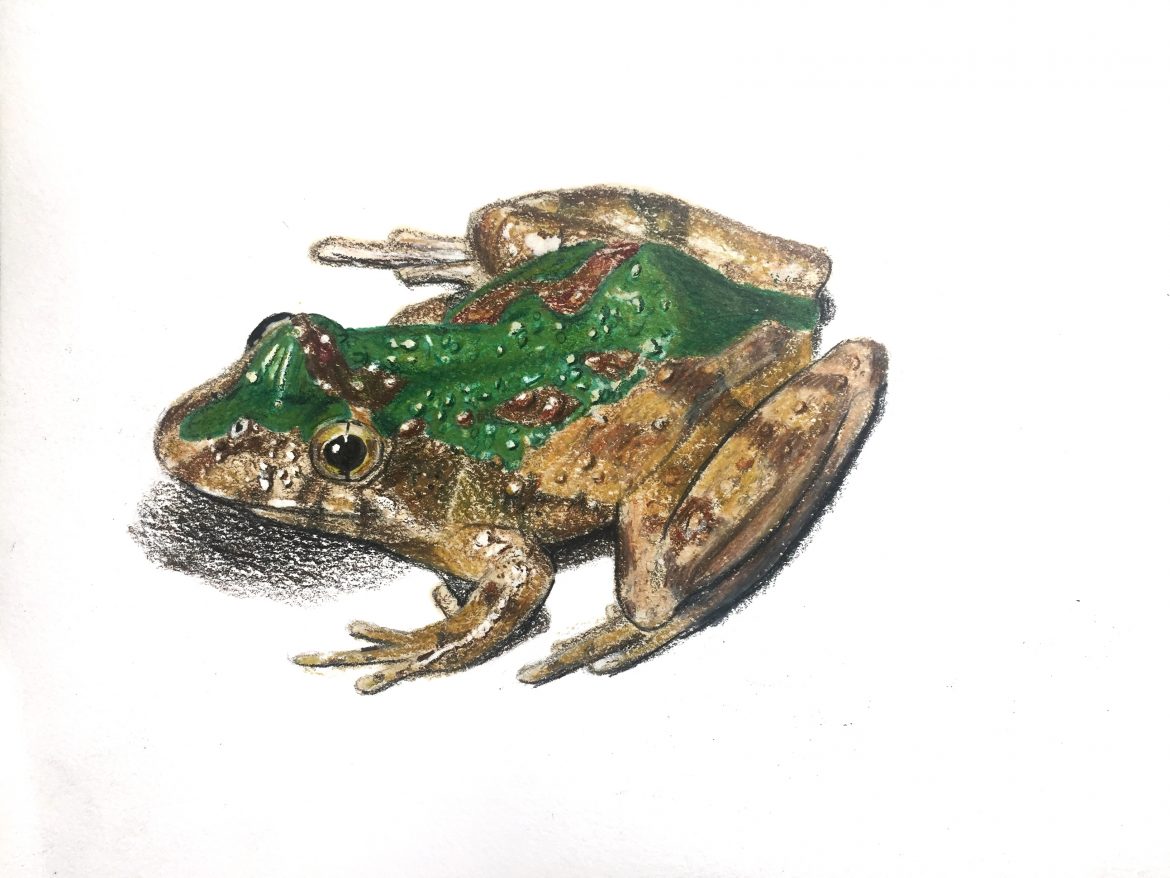 Blanchard’s cricket frogs are no bigger than a quarter, but these tiny creatures are full of mystery.

Since the 1970s, the Blanchard’s cricket frog has gone missing from much of the northern portion of its range. The amphibians are listed as endangered or threatened in Wisconsin, Minnesota and Michigan. But they’re still common in southern states such as Texas and Arkansas, experts say.

When Richard Lehtinen was a graduate assistant in the early 2000s at the University of Michigan’s Museum of Zoology, he confirmed over 60 locations in southeast Michigan where Blanchard’s cricket frogs once existed, some as early as the 1870s. Then, he visited each location to see if they were still there.

Some of the ponds had become subdivisions or parking lots and couldn’t be resampled, he said. He found Blanchard’s cricket frogs at only two of the remaining sites.

It was eye-opening to realize that the species had not only declined but were almost completely gone from the landscape of southeastern Michigan, Lehtinen said.

So why did they disappear from the north but not the south?

“It’s definitely still an open question,” said Lehtinen, who is now a professor of biology at The College of Wooster in Ohio.

The theories for their decline in the northern portion of their range have included abnormally harsh winters in the 60s and 70s, amphibian diseases, increased pesticide use and loss of habitat, experts say.

The Blanchard’s cricket frog has one trait that sets them apart from most other amphibians and may make them especially vulnerable to population declines, says Rori Palowski, a conservation biologist with the Wisconsin Department of Natural Resources. They only live for about a year. With such a short lifespan, one rough season can be catastrophic.

However, there is hope for these weird critters yet, experts say.

In recent years, surveys at over 100 sites in western Ohio indicate that Blanchard’s cricket frog populations seem to be holding steady or even increasing slightly, Lehtinen said.

Their fate may also be looking up in Wisconsin.

“They’re definitely not anywhere back to where they were historically in the state, but definitely on an upward trend,” Palowski said.

One of the impediments to the species’ conservation is a lack of information, Lehtinen said.

For the Wisconsin Department of Natural Resources, the Wisconsin Frog and Toad survey helps fill that information gap, Palowski said. A few times a year, volunteers across the state monitor cricket frog populations by listening for their calls.

Citizen science efforts like these are useful for conservation, Lehtinen said. His father volunteers every year for Michigan Frog and Toad survey.

“With all the insults and all the threats, these guys are still hanging on out there, and let’s help them if we can,” Lehtinen said. “They were here long before we were and hopefully, they’ll be here into the future as well.”