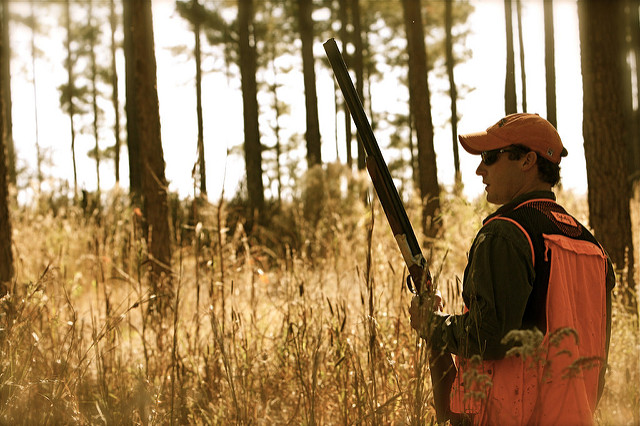 Commercial hunting and fishing guides in Michigan would have to be certified, licensed and have liability insurance and first aid training under a bill backed by the state’s major hunting group.

“Michigan currently has nothing set in law to regulate our commercial hunting and fishing guides,” bill sponsor Rep. Gary Howell, R-North Branch, said in a statement. “The idea for this bill was brought forth by Michigan’s major hunting and conservation organizations.”

The bill, co-sponsored by Rep. Sara Cambensy, D-Marquette, and Rep. Julie Calley, R-Portland, would require people to obtain a license to act as a commercial hunting guide. They would need to be certified in CPR and first aid and covered by commercial liability insurance with limits not less than $300,000 per claim.

Requirements in the bill would not apply to those guiding on privately owned land.

“I think a lot of people are guiding on private land,” said Sarah Cummins, the Department of Natural Resources (DNR) policy and regulations unit manager in the Wildlife Division. “The bill is a good idea. When people are making financial gain on public resources, there should be some restrictions.”

Vaughn McDaniel, who guides turkey and deer hunts in Ottawa and Charlevoix counties, said the legislation is a good idea.

He was alarmed on an elk hunt when the guide he had hired was willing to break “up to three gun laws,” he said. That guide told him and his wife to get in his truck while carrying loaded and uncased guns.

McDaniel ended the trip early, not returning the following day. Other guides agree that the current requirements to become a guide are too weak.

“I think it’s a joke,” said Rick Pyles, a guide based in Fostoria in Tuscola County who hunts for bears. “You should have CPR certification and liability insurance. I do, in case someone tries to sue me.

“If I want to get a guide license, it’s the same as if I want to set up a lemonade stand on state land.”

By law you need a permit to put up a lemonade stand in Michigan.

The Michigan United Conservation Clubs (MUCC) said the legislation would require guides each year to report to the DNR where they guide, the species of game they pursued, the number of their clients and the number of animals killed.

“We are creating a low barrier for entry to the guiding business,” said MUCC public information officer Nick Green, referring to the bill. “There is a responsibility for us to ensure that the general hunting public is safe. Many people in the general public don’t understand that when you call a guide you should ask (about insurance).”

Green said clients don’t ask about first-aid certification, insurance or CPR certification but should discuss those questions with guides prior to setting up their trips.

“We have heard some stories, or anecdotes, of guides taking someone out bear hunting and dropping them off or guides using alcohol or drugs,” Green said.

The main issue from the hunting community has been the cost of liability insurance, Green said, and while many already have coverage, some think it is too expensive.

“If they are going to put a restriction on us, then we won’t be able to keep doing it,” said Grand Traverse County-based guide Emilio Medina. “I charge enough to put gas in my car.”

Medina doesn’t guide full time. As a more recreational guide who guides one to two times a year he hopes they don’t change regulations, he said.

“That way us small guys are still able to have fun,” Medina said.

“From a fisheries standpoint that could be very valuable,” Cummins said. “They (the DNR) don’t have that data – how many people are taken out. For commonly guided wildlife, bears or bobcats, the data isn’t as necessary because we already collect that.”

The bill is pending in the House Natural Resources and Outdoor Recreation Committee.

One thought on “Proposal could place more requirements on hunting, fishing guides”