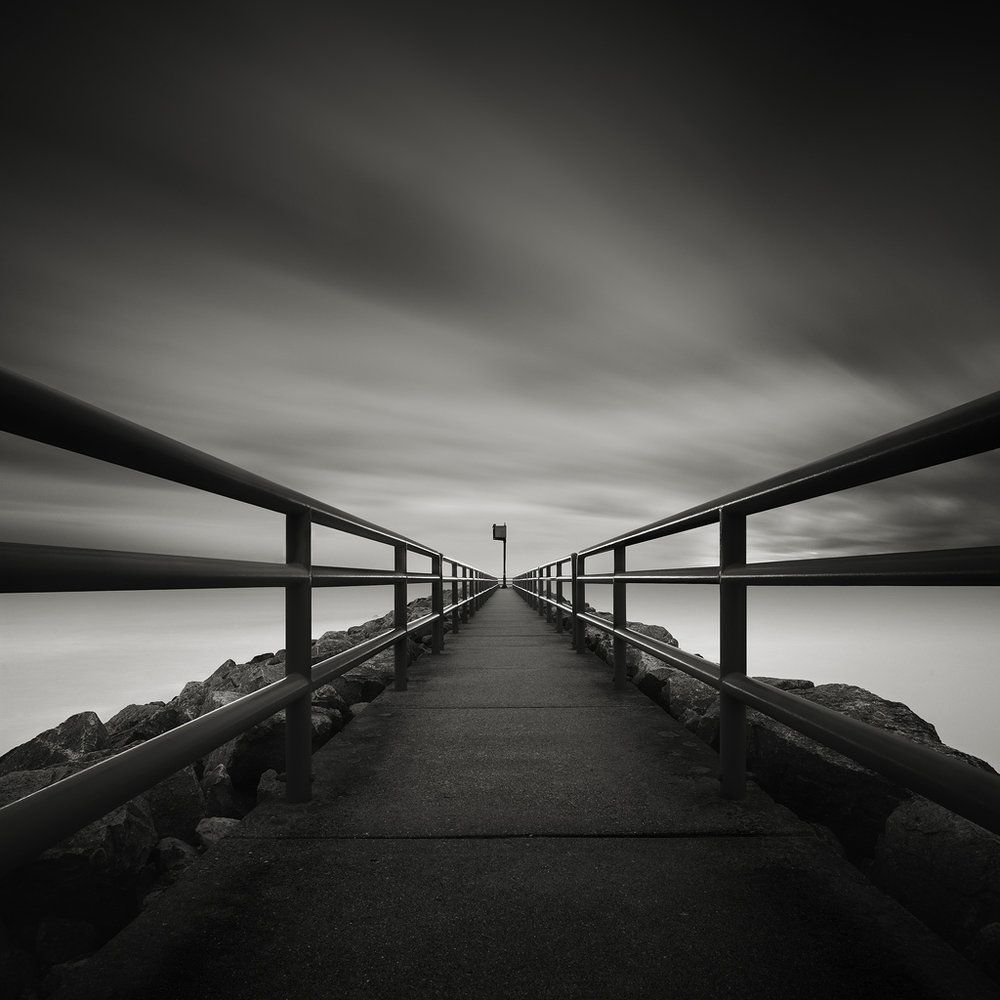 Lost Horizon is among the black and white images at the Michigan’s Great Lakes Exhibit at the Detroit Institute of Arts. Image: Jeff Gaydash

Jeff Gaydash had been shooting all day. It was getting dark and he was tired.

He had packed up all his gear and was walking back to his car when he saw a tree in the sand.

He almost kept going, said Gaydash, the featured photographer at the Detroit Institute of Arts’ Michigan Great Lakes exhibit. But he pulled out all his and took some shots.

One of them turned into Lost Horizon, one of Gaydash’s favorite photos of the exhibit.

Gaydash grew up in Detroit and often frequented the Great Lakes. One of his earliest photography memories was attempting to replicate Great Lakes photos from a picture book he had as a child, he said.

Whenever he would go to somewhere like to a lighthouse, he wanted to stand in the exact same spot of the pictures in the book. 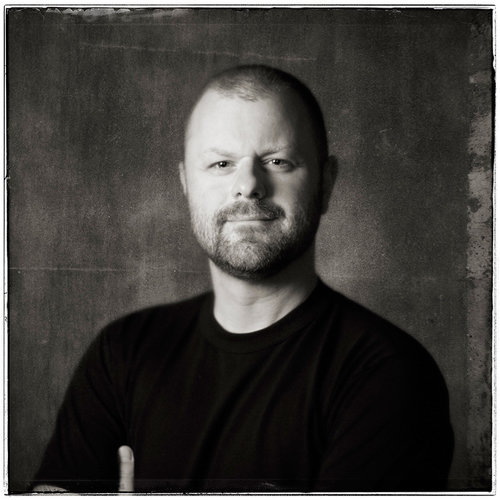 “That didn’t resonate with me too much,” he said.

He then decided to take pictures of the Great Lakes using a technique and style that he likes.

His love for black and white photography is because of the separation from photography that the medium creates, he said. Black and white is not as straightforward and offers a different approach than photorealistic color images.

Gaydash turned his passion for black and white images into a business. He is the owner of Jeff Gaydash Studios, a custom printing studio based in Detroit that specializes in black and white prints.

Inspiration for the photos now at the Detroit Institute of Arts came from his previous industrial images of Detroit.

That’s when he was focusing on shorelines, factories, the Rouge River and downtown Detroit, Gaydash said.

He set a goal of creating one great image that he was happy with each month. That way, he would have at least 12 images in a year, he said. He was drawn to using long exposures to create a feeling of time passing in an image.

Photography is about capturing a moment in time, he said.

The technique keeps a camera lens open for an extended time, allowing anything moving to become smoother or blurred. Anything stationary like rocks, trees, a bridge or pier remains sharp and in focus, while moving pieces become smoothed and blurred.

Gaydash used the technique to juxtapose natural with manmade elements. His goal was to expose the powerful effects of weather.

Lost Horizon is a perfect example. It is an image of a bridge and its surroundings. The bridge and rocks, manmade and still elements are extremely bold because they do not move. The use of the long exposure technique creates a large contrast with the blurred water and clouds because they were moving when the photo was taken. The water and clouds run together and become difficult to distinguish.

Gaydash planned his trips ahead of time and then “wait until the weather would cooperate – or not cooperate, I should say,” he said.

He chose cloudy, snowy or rainy days because the waves would be strong and people would not be out, he said.

Once arriving at the area, he planned to shoot, he would go into a meditation mode between himself and nature, allowing him to find his groove and go into a different zone, he said.

Another of his favorite photos is an old cabin with the word “yes” written on the door. He found it in the Upper Peninsula while driving to another shoot.

“I wasn’t looking for that shot, but that shot ended up getting me a first-place award in Paris,” Gaydash said. “Moments like that come out of nowhere and you have to make sure you stop and capture them.”

There is no particular order that people should view the museum exhibit, he said. The images are very minimal with simple compositions and little distraction.

The Detroit Institute of Arts is displaying Gaydash’s photos along with Instagram submissions featuring the Great Lakes from the public.

Here is a glimpse of how people interact with the Detroit Institute of Arts’ Michigan’s Great Lakes exhibit which runs until May 3.

“I wanted to see what other people were shooting and get a sense of what people are covering and where they go,” said Nancy Barr, co-chief curator at the Detroit Institute of Arts. “I also wanted people to feel at everybody’s work in some way.”

Gaydash is an advocate for fine print art. But he values digital and print images on the same level.

“It’s amazing photography is so accessible to everyone,” he said.  “Everyone has an iPhone or almost everyone has a camera with them.”

Instagram is a great way to share your work but usually you engage more people in a gallery than on a phone screen, he said.

“My show at the DIA offers really large prints,” he said. “When you walk in and see something that large it’s impressive as opposed to just seeing something on a small screen like a phone.”

The Detroit Institute of Arts did Instagram submissions on a previous exhibit but believes this one has received even more engagement, Burr said.

“This one so far we have had over 500 images hash tagged on Instagram. There has been a lot of activity and the exhibition has only been open for two weeks,” she said.

Burr checks the hashtag every Monday and keeps track by liking the photos. She usually picks at least one a week to post in the exhibit.

She has submitted an Instagram piece and encourages others to do the same.

Anyone can be chosen. To enter, submit a Great Lakes photo on Instagram and use the hashtag #mygreatlakesatthedia.

The submissions are a good way to bridge generational gaps and show that the Detroit Institute of Arts has something for everyone, Burr said.

“You too can be in the DIA,” said Christine Kloostra executive director of marketing and communications at the museum.

By the time the exhibit is over, she doubts if they’ll have any extra space left for submissions.

Gaydash’s images are displayed at the Detroit Institute of Arts until May 3, 2020.

The Detroit Institute of Arts at 5200 Woodward Avenue is free for residents of Macomb, Oakland and Wayne counties. For all others the prices are as follows: