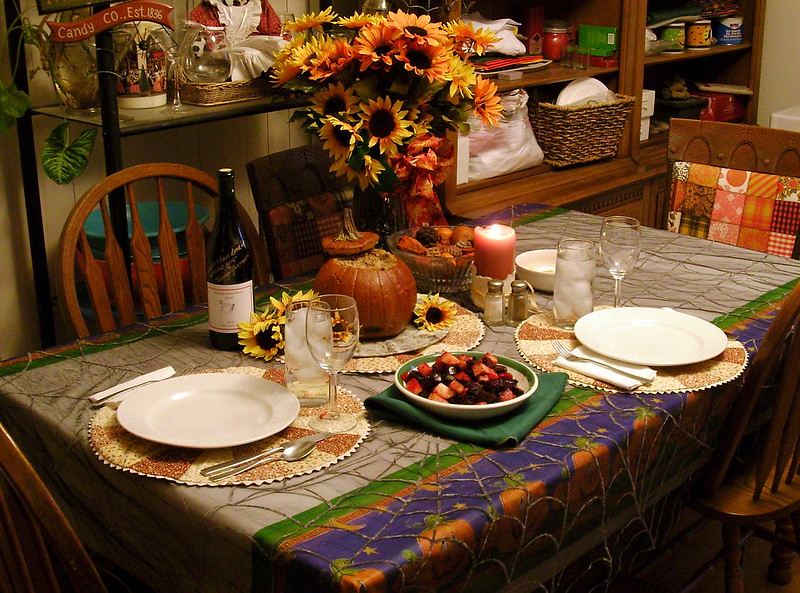 Households that eat family-style meals together at the table with the TV off may have healthier diets than families who don’t.

And that has implications for benefits such as lower risk of obesity, greater diet quality and healthier eating habits, according to researchers from the University of Michigan and their collaborators.

Identifying which components of family meals to promote may improve child nutrition, they said in a recent study.

“What is it about a family meal that works or doesn’t work? These are messages that can be incorporated into nutrition education and parent education,” said co-author Karen Peterson, a U-M professor of nutritional sciences and global public health.

Those findings can be used in educational efforts in programs such as the federal Special Supplemental Nutrition Program for Women, Infants, and Children, known as WIC, day care and Michigan State University Extension, Peterson said.

The researchers measured mealtime characteristics associated with the healthfulness of young children’s meals.

The study involved 272 preschoolers from about 300 low-income families in Southeast and South-Central Michigan. The children were enrolled in Head Start programs when the study began, and their parents or other caregivers video-recorded 757 mealtimes during the study period.

It used U.S. Dietary Guidelines for Americans to categorize foods such as desserts, dairy products, produce, grains, types of protein and products with high levels of saturated and trans fats.

Peterson said the findings provide an opportunity to go beyond previous research showing an association between family meals and better health and socialization.

The authors found a correlation between health benefits and three factors: family-style meals where adults and children choose their own servings rather than everyone getting the same standard portion, dining at a table and shutting off the TV at mealtime. However, there was no statistically significant connection between health benefits and whether a parent ate at the same time as the rest of the family.

The study cautioned that those characteristics alone aren’t enough to ensure that young children eat healthy meals: “Sitting at a table, eating without television viewing, serving meals family-style or the presence of a parent cannot directly change the healthiness of foods served at the meal.”

Among children 5 and younger, 23.9% statewide are in the Food Assistance Program, according to the 2019 Kids Count report. Lake County has the second-highest rate at 40.2%, slightly better than Wayne County with the highest rate. Clare and Gogebic counties are also among the 10 counties with the largest proportion of young children in the program, while Livingston and Leelanau counties have the lowest proportion.

In addition to food insecurity, Earnesty said that “lack of convenient access to affordable fruits and vegetables, and/or safe places to be physically active” are common barriers to people who need healthy diets in rural and urban areas.

Other factors matter too, including a family’s socioeconomic status, according to Kelsey Perdue, the director of the Kids Count Project at the Michigan League for Public Policy. Healthy meals at home are only part of childhood nutrition challenges.

“We also know that food insecurity is connected to housing insecurity,” Perdue said. “When families are struggling to make ends meet — and we know 43% of them do throughout the state — parents will wisely prioritize paying rent and then may be forced to choose cheaper, less nutritional food.”

The league, a nonprofit research and advocacy group, has called for state funding of healthy food programs in schools and for families that get food assistance.

The league conducted focus groups on the issue last year and “heard directly that families need help putting healthy food on the table, so we recommend strengthening these programs and connecting them with our strong agricultural system as much as we can,” she said.

“Our government should expand programs that facilitate healthy school lunches and help families stretch their dollars to buy more food and vegetables,” Perdue said. Having nutritional meals at home and school “is essential to the development and success of children of all ages.”

Earnesty said nutrition educators can use the results of the new study and similar research to emphasize the importance of family meals, along with information about food preparation, budgeting and planning and budgeting.

The U-M study appeared in the Journal of the Academy of Nutrition and Dietetics.