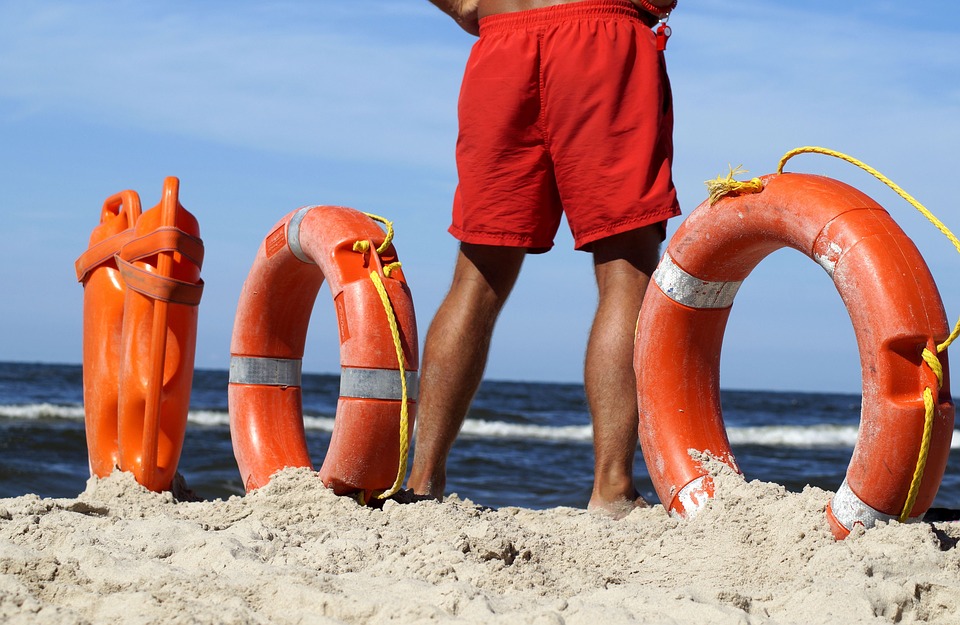 Its records show 816 people have drowned since the group started keeping count in 2010.

One death happened at South Haven’s South Beach on July 13. A 13-year-old boy and a man he was swimming with both started struggling, according to local news reports. The man was rescued, but the boy was not, even though rescuers were on the scene within three minutes of a 911 call.

After 22 minutes of searching, the boy was found about 100 yards from the pier. Attempts to revive him failed.

Most city and state Lake Michigan beaches, have not staffed lifeguards for years, and in some cases decades.

“I believe a lifeguard was his only chance that day,” said Dave Benjamin, the executive director of public relations and project management for the Great Lakes Surf Rescue Project.

The lack of lifeguards is not something that is exclusive to South Haven. The Michigan Department of Natural Resources eliminated lifeguards at state parks in the 1990s due to liability, expense and the difficulty of filling the positions, said Ron Olson, the agency’s chief of parks and recreation.

There are no plans to bring them back, he said.

Olson was not with the agency when the decision was made to get rid of beach lifeguards. Many of the drowning events since then have happened in areas that were not open for swimming, he said.

Since the elimination of lifeguards, the agency has implemented a flag system to notify park visitors of water conditions. A green flag signals safe water conditions, yellow alerts swimmers to use caution and a red means that they should stay out.

Now only a couple of Michigan cities have beach lifeguards. New Buffalo, near the Michigan/Indiana border, staffed five lifeguards on its Lake Michigan beach last summer.

The city has trouble finding enough lifeguard candidates who are certified and willing to work at the beach, said Kristen D’Amico, New Buffalo’s parks director. It considered cutting the lifeguard program due to costs, but has continued to keep it and has budgeted it for the next couple of years, she said.

And other Great Lakes states face similar challenges. The Ohio Department of Natural Resources eliminated its program in 2001 because, “lifeguards at state public beaches can provide a false sense of security for some parents,” David Roorbach, the agency’s public information officer, said in an email.

Olson and D’Amico agree that there are problems with parents not watching their children when a lifeguard is present, leading to more water safety problems.

The Ohio DNR focuses on water safety education for its visitors, Roorbach said. The agency recommends that visitors bring a lifejacket, always having an adult watch children and use the buddy system.

Benjamin said that when considering the cost of lifeguards, many funding boards don’t consider the cost of a body recovery. A helicopter and search team can cost tens of thousands of dollars, making the expense of one drowning a massive cost.

Staffing lifeguards would save more lives and would be a good use of the state’s budget, Benjamin said.

“Lifeguards are first responders on the beach,” he said. “When seconds count, without lifeguards, help is minutes away.”

2 thoughts on “Would lifeguards make the Great Lakes safer?”