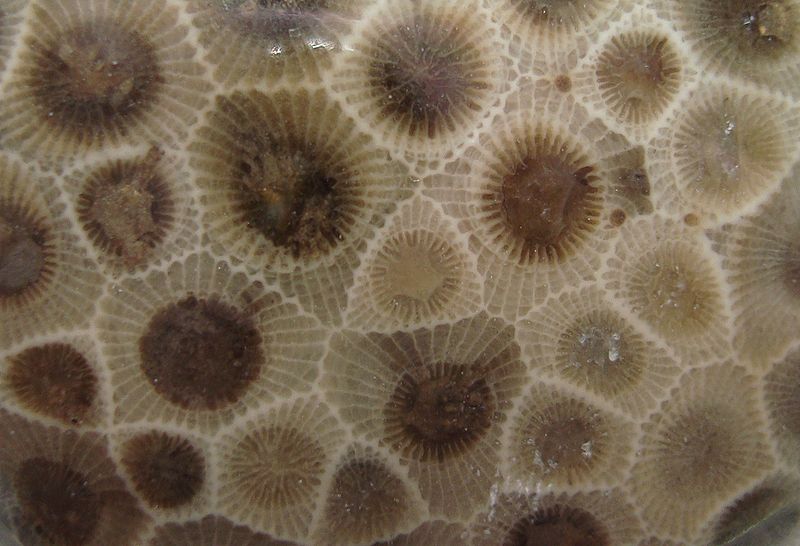 If you haven’t heard about the abundance of Petoskey stones now available for hunting, maybe it’s because people keep it to themselves – much like finding a treasure trove of truffles.

The only place in the world to find Petoskey stones is along the Lake Michigan shoreline of the state’s northwest Lower Peninsula. The state’s official stone is filled with small circles that look like gray eagle eyes when they are wet or polished.

For $8, you can buy a sanding kit and polish the stones in about an hour.

Now is a good time to find the popular stones, experts say.

Petoskey stone hunting is at the pinnacle of a long cycle, said Kevin Gauthier, the owner of Korner Gem, a jewelry store in Traverse City specializing in Petoskey stones. Gauthier, who has written three best-selling books on stones, started collecting Petoskey stones as a child.

“They are so easy to find right now because of the high water,” he said

Every 20 to 30 years, erosion from high water uncovers hidden stones, Gauthier said. When the water levels go back down, the beaches will be picked nearly clean of stones within five years.

It’s easy to find them even now because the water is revealing them as it rises, he said. You just have to wade into the water a bit.

When beaches are picked clean, it will be almost two decades or more of hard times for scouting stones, he said.

Gauthier began selling the stones when he was only nine. He stopped collecting stones at beaches years ago. These days he prefers to go to a beach where stones are hard to find and drop some of his own in the water for others to discover.

“I love to watch the face of a kid light up when they find one,“ he said.

When asked where the best place to find them he plays it close to the vest.

“Really, the best place to find them is wherever an excavator is working.”

Excavated gravel between Northport and Petoskey will always have Petoskey stones, Gauthier said. But that’s not where he gets most of his.

“Most of the stones I get are from long forgotten collections in people’s basements.”

Not long ago, Gauthier unwrapped newspaper dated 1968 from around some of those long forgotten stones.

The internet and tourism have increased entrepreneurial interest.

“Ten years ago if you went to an art fair it would be me and maybe one other person (selling stones),” Gauthier said. “Today there are 10-15 booths.”

Writing books to teach people about stones is bittersweet, he said.  Every time he writes a book about how and where to find stones, they seem to disappear. Recently he wrote a book about Leland blue stones. “Now all the stones around Leland are gray,” he said.

But he isn’t too worried about Petoskey stones; they are still abundant.

Just don’t look for them in national parks, said Andrew Blake, acting chief ranger of Sleeping Bear Dunes National Park in Empire.  It is illegal to collect anything within the park and a steep fine will be issued to those who try.

“We mainly educate people and give warnings, but occasionally we will issue a ticket,” Blake said. There is a minimum fine of $325 to remove any fossils or wood. It’s OK to pick up to 25 pounds of rocks per person at the state parks.

Local laws and rules are inconsistent and vary by area. For example, there are no restrictions along Traverse City beaches. But it’s a good idea to check local laws for any beach you plan to hunt for stones.