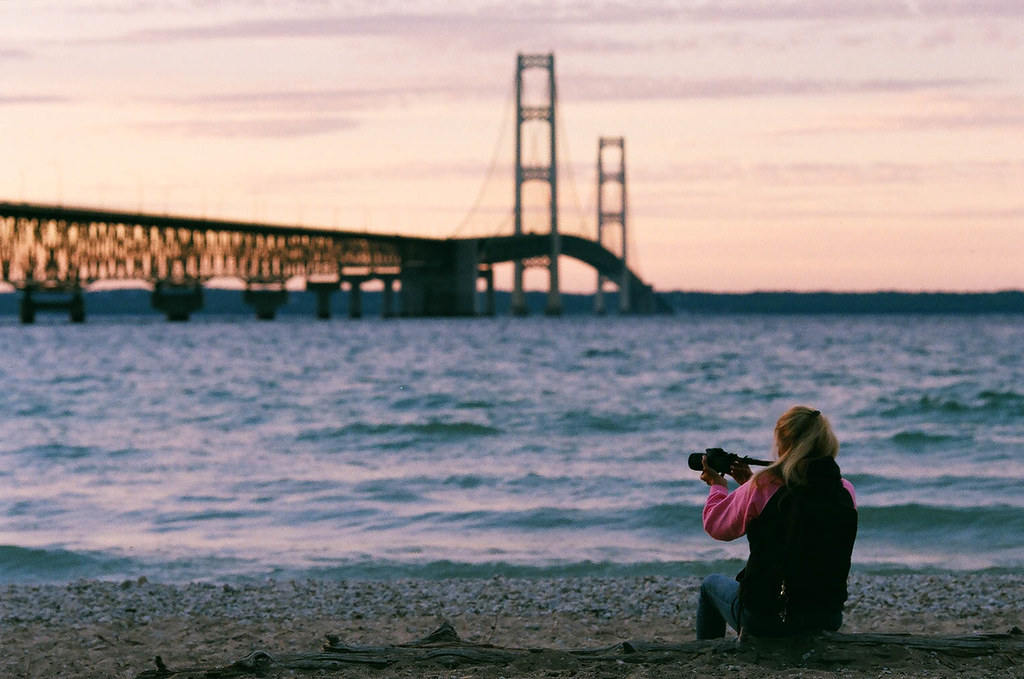 As industry phases out certain toxic PFAS chemicals, the compounds are decreasing in and around the Great Lakes, but replacement chemicals—which some argue also pose serious health concerns—are increasing, according to new research from Canada.

This study, which contains the longest, consistent record of PFAS in Great Lakes precipitation, confirms that environmental practices and regulation can reduce these toxic “forever chemicals” in the environment, but raises questions about whether or not the same will hold true for their replacements.

PFAS (per- and polyfluoroalkyl substances) are a large class of chemicals used in firefighting foam, flame retardants and non-stick and waterproof materials that have recently come under scrutiny for building up to toxic levels in humans and their lack of regulation. They are linked to multiple health problems including cholesterol, fertility and thyroid problems and kidney and testicular cancers.

At the same time, PFAS are showing up in drinking water supplies across the country, especially near old industrial sites, where they were used in manufacturing textiles, paper products, plastics and metals. Michigan, which is bordered by four Great Lakes, is one of the most PFAS contaminated states: 62 sites have confirmed PFAS pollution and state officials have created a PFAS response team and are ramping up monitoring at municipal water systems and schools.

In the early 2000s, major PFAS manufacturers began phasing out longer chain PFAS molecules for shorter ones, which perform similar functions, but don’t accumulate as readily in the bloodstream.

“If you phase out chemicals and implement regulations, that will be reflected in our environment,” Sarah Gewurtz, a coauthor of the new study and a physical scientist with Environment and Climate Change Canada, told EHN.

While some argue these short-chain PFAS are safer for that reason, growing research casts doubt on those claims.

Since 2006, the team of Canadian researchers have looked for perfluoroalkyl acids (PFAAs) in precipitation at three locations across Lakes Superior, Huron and Ontario. Each month for more than a decade, the team collected precipitation and compared levels of PFAAs to periodic samples of surface water. They found that long-chain PFAAs are decreasing in the Great Lakes as they are phased out, while their short-chain replacements are increasing.

PFAAs are a class of PFAS, many of which are the end result of other PFAS breaking down in the environment. They are often the end point for degradation—like a stable isotope at the end of radioactive decay—which means they’ll stick around for a long time. They’re also mobile—moving around in water and in the air—and build up in animal and human blood and tissues.

As a result of their research the scientists suggested that local levels of short-chain PFAAs might respond slower to any bans or regulation because they easily travel long distances through the atmosphere, according to their study published in June in the journal Environmental Science and Technology. 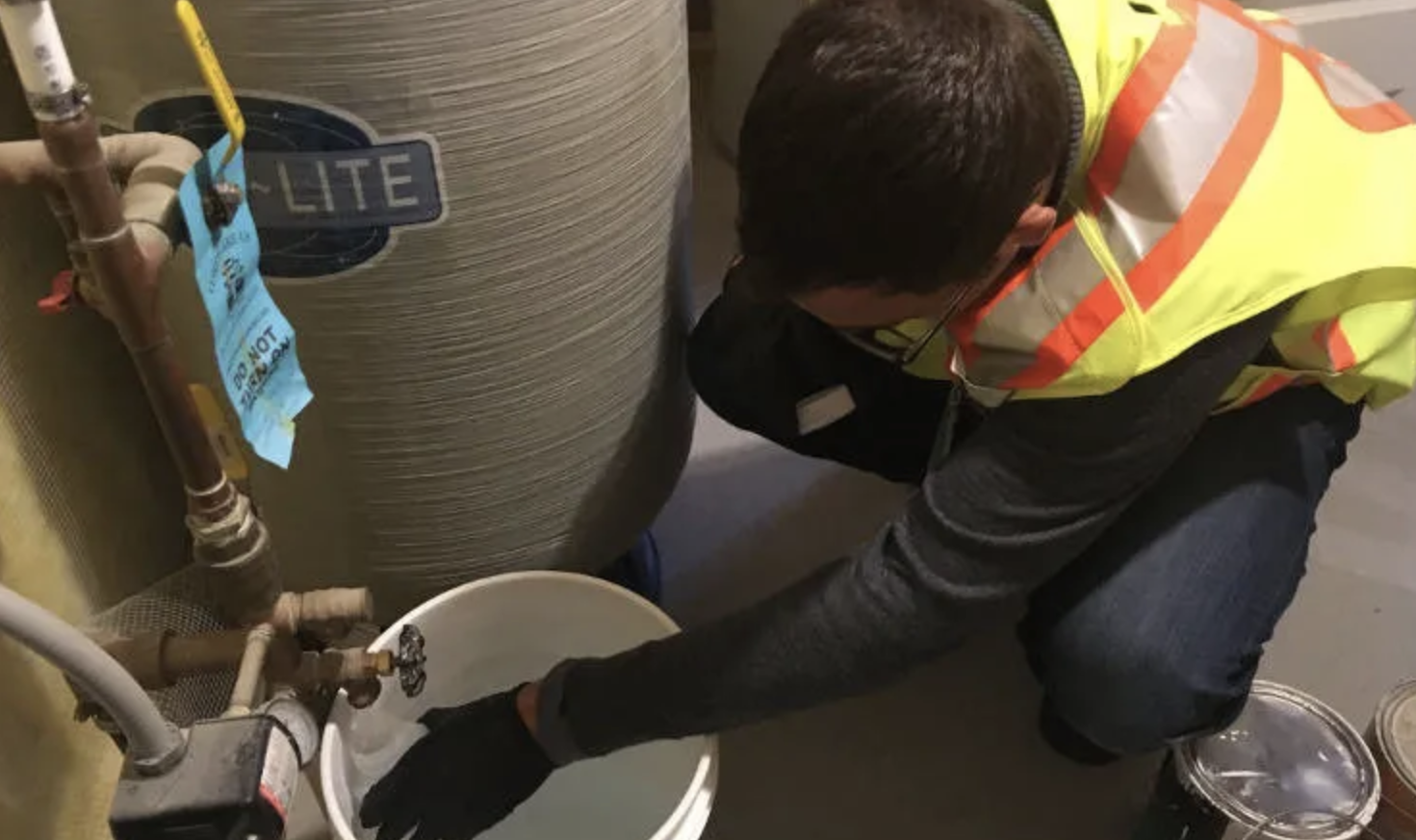 Starting in the early 2000s, concern over several long-chain PFAS pushed industry to phase out those chemicals for short-chain alternatives that function similarly. Touted as safer alternatives, these short-chain replacements have one distinct benefit: they don’t build up in bloodstreams in the same way their longer counterparts do. Because of this difference, some argue that short-chain PFAS wouldn’t harm humans.

That theory is starting to show some holes, Tom Bruton, senior scientist at the Green Science Policy Institute, told EHN.

First, a chemical that’s less toxic than its alternative isn’t necessarily safe. And second, ongoing research is raising some questions about the safety of short-chain PFAS. There is some evidence that they can cause similar health issues as their long-chain forbearers.

Bruton said people should think twice about releasing large amounts of a poorly understood chemical into the environment. Even if a substance causes little harm at low levels, it could prove harmful at greater concentrations. He pointed to emerging research that showed short-chain PFAS accumulating not in the bloodstream, but elsewhere in the body, though industry and other researchers dispute its findings.

Even if they don’t accumulate in humans, they are accumulating, in some cases, in drinking water and agricultural land.

Because short-chain PFAAs are new and poorly understood, it’s unwise to increase the dose people are exposed to, Bruton said.

Bruton likens it to aspirin. Taking one a day for blood pressure isn’t going to hurt but taking too many at once could cause problems, even though aspirin doesn’t accumulate in the body.

PFAS moves from water bodies to humans through public water systems, but can also move through food. Michigan has also issued 13 do not eat advisories for fish throughout the state and 37 others to limit consumption because of PFAS. It has also told hunters not to eat deer killed within five miles of a former Air Force base on the Lake Huron shore.

Groundwater at 62 sites in Michigan have PFAS levels more than 10 parts per trillion but less than the EPA lifetime health advisory of 70 parts per trillion. Nearly all have identifiable, local sources: often current or former military, industrial or landfill sites. 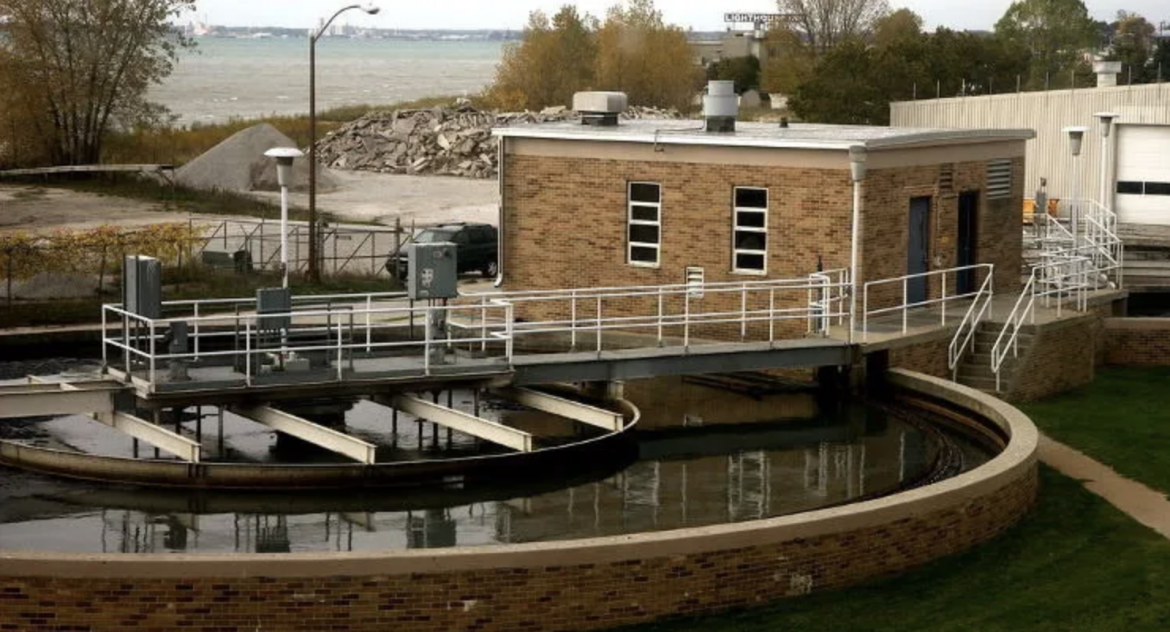 Short-chain PFAAs are also harder to filter out of water than their long-chain counterparts. That could mean expensive upgrades for municipal water treatment systems.

In 2018, Grand Rapids, Michigan, tested for and found low levels of two common long-chain PFAS: PFOA and PFOS. If high concentrations of short-chain PFAS appeared in Lake Michigan, where Grand Rapids gets its water, it would cost a lot to address the problem, Dave Harran, water system manager for Grand Rapids, told EHN.

“It would certainly require a hefty change on our part to remove the contaminants,” he said. “We had run some rough numbers and we were looking at double-digit million dollars to revamp the treatment system.”

Harran said that because PFAS levels are low in Grand Rapids drinking water, huge investments in new filtration aren’t being considered at this time. More effort is being made to take PFAS out of Grand Rapids wastewater, which would eventually get into the surrounding rivers and lakes.

Although long-chain PFAS in the lakes decreased with their levels of production, amounts of short-chain PFAS might not drop quickly following a similar decrease. Many short-chain PFAS move more freely through the atmosphere and drop out of the sky wherever they’re caught up in precipitation. They’re a global pollutant.

The Canadian research team speculated that, unlike long-chain PFAAs, which responded to local regulation, short-chain PFAAs could continue to rain into the Great Lakes long after local sources have been stopped. Stopping release of the short-chain chemicals in and around Lake Ontario wouldn’t stop them from blowing in from sources on the other side of the world, Gewurtz said.

It’s the same phenomenon that led to elevated levels of PFAS at the poles.

The mobile and persistent nature of short-chain PFAS makes understanding their effect on and movement in the environment difficult.

Where they show up is a complicated matter because they are both released into the environment themselves—say, as firefighting foam—and show up after their precursors degrade. Add their ability to travel long distances through the air and it’s difficult to predict where they’ll be.

“They don’t behave like other contaminants, such as PCBs,” Gewurtz said. For predictable contaminants like PCBs (polychlorinated biphenyls), researchers can rely on models to predict how and where they’ll move in the environment. Some models have been built but aren’t as accurate as those for other toxics.

The fact that models don’t work for PFAAs makes long-term data sets like the one Gewurtz and her colleagues gathered the best path for understanding them and how they respond to any eventual regulation.

“We really need these data sets,” she said.