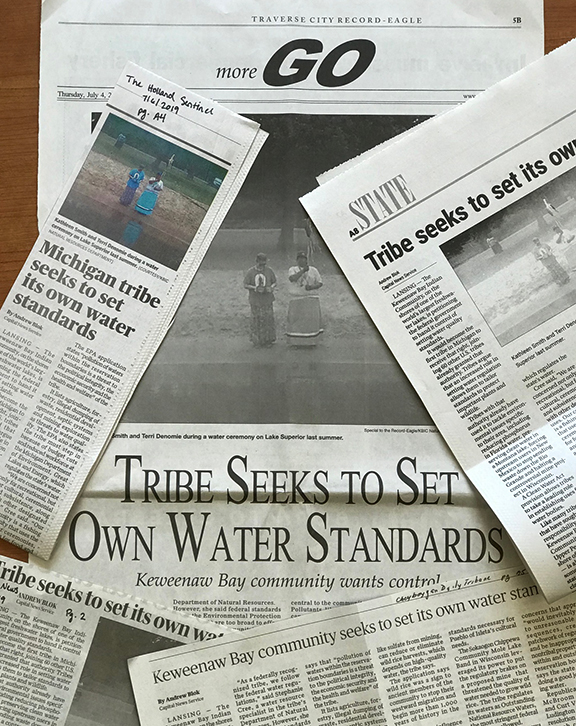 The journey of a recent news story with roots in Michigan State University’s Knight Center for Environmental Journalism shows how journalism schools play important roles in the new media landscape. 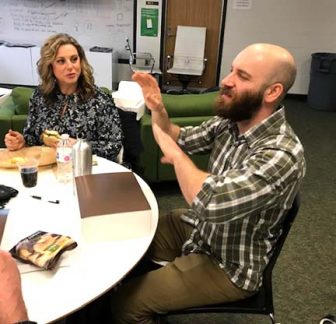 Nowadays students, alumni and university-based news networks aren’t only about education. They are integral players in the rise of public service, nonprofit news reporting.  There are stories — like the one I’m about to tell you — that wouldn’t be reported or have the same impact without these university connections.

This tale starts about seven years ago with Brian Bienkowski, a graduate student who wrote and edited for the Knight Center’s Great Lakes Echo, the publication you are reading now. The center recognized Brian then as its outstanding master’s degree student. Environmental Health News, a respected national news service that covers the environment, quickly hired him after he graduated.

Success stories like his are gold for educators. We often ask Brian to return to campus to speak to students.  He’s a role model who also has great advice about how to do environmental journalism.

During such a visit last spring, he met Andrew Blok, who coincidentally the Knight Center recognized as its outstanding graduate student this year. Later, Andrew successfully applied for one of the summer internships at Environmental Health News.

There’s nothing new about this story. Alumni networking is always a path forward for promising students. But this tale doesn’t end here.

Andrew’s first story for Environmental Health News ran June 10. It is about how a native American community in Michigan is petitioning the federal government to set its own water quality standards.

It’s a good read about an under covered issue and about an often overlooked group of people who are significant sources of environmental news. We liked it so much that we ran a version on Great Lakes Echo, targeting this national news story to our regional audience.

There’s more. Knight Center faculty also supervise Capital News Service, a journalism class that reports on Michigan state government, public policy and other statewide news. About 30 news organizations subscribe to it. And while we don’t ordinarily staff it in the summer, sometimes we move Great Lakes Echo stories across that network in the off-season.

We did that with Andrew’s story. It was picked up by several Michigan publications, including the Traverse City Record-Eagle, the (Greenville) Daily News, the Holland Sentinel, the Cheboygan Daily Tribune, the Benzie County Record Patriot and the Petoskey News-Review.

The story appeared on their websites and in their newspapers. The Traverse City Record-Eagle, northern Michigan’s largest newspaper, devoted an entire page to it.

It’s impossible to know how many publications picked this story up, but it has already been seen by thousands of news consumers. Not bad for a news story that may not have been written nor distributed nearly as well if it wasn’t for the role that university journalism schools play.

David Poulson is the senior associate director of Michigan State University’s Knight Center for Environmental Journalism and the editor of Great Lakes Echo.