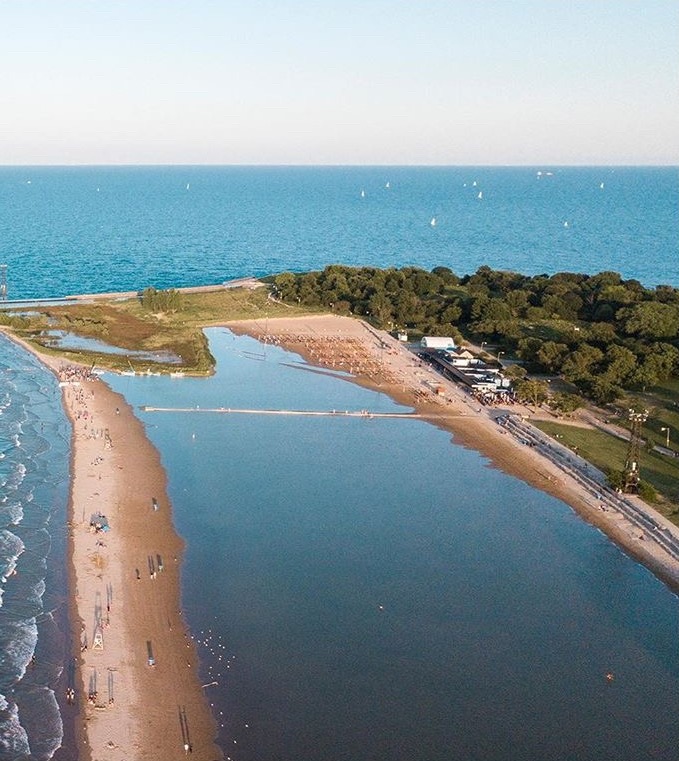 The five Great Lakes are near or at record levels due to extreme weather patterns, according to the National Oceanic and Atmospheric Administration.

Lake surfers are among those who are affected.

“It’s like having a permanent high tide and a lot of the go to spots we like are becoming hard to access if not unsurfable because of how the bottom of the lakes and beaches have changed,” said Mike Killion, a Chicago resident who has been surfing the Great Lakes for 15 years.

The rising water damages the best surf spots, he said.  Montrose Beach in Chicago is an example of how high water has already started to change the land.

“The beach is basically a sliver of a sand bar,” he said.

Great Lake surfer Drew Stoffel is unsure if there will be a lasting impact. He believes as long as there is enough sand, some spots will remain the same.

Beach breaks where sand bars form are always changing, if there is enough sand to form the sandy beach break the surf spot will still exist, said Stoffel, who lives in Grand Rapids, Michigan.

“That being said, with the increased water levels threatening houses and other developments along the shore more sea walls are being proposed to protect the structures which can lead to the reduction of sand in the greater system,” Stoffel said.

And there may be unexpected benefits.

“I think with the higher water levels will close your rocky point and reef spots and open up other spots that traditionally weren’t good breaks,” he said.