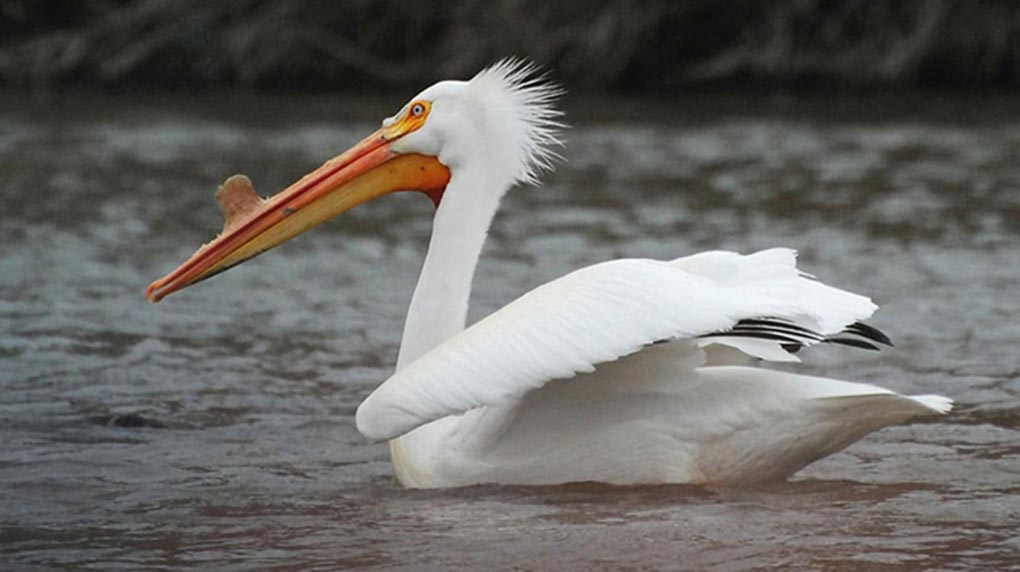 The American white pelican has established a nest-hold in western Lake Erie for the first time, with prospects of future territorial expansion into lakes Huron and Ontario, according to a new study.

The species “is undergoing a dramatic expansion of its breeding range in North America,” the study published in the journal Ontario Birds said. “The nesting on Lake Erie, so far from the colony sites in Lake Michigan and Lake Superior, seems unusual. Why such a large dispersal from the nearest breeding colony 550 km (340 miles) away?”

Historically, the birds breed in the Prairie provinces, western Minnesota, extreme northwestern Ontario, North Dakota and South Dakota. Elsewhere in the Great Lakes region, the birds also nest at Lake of the Woods on the Ontario-Minnesota border and at Ontario’s Lake Nipigon and Lac Seul. 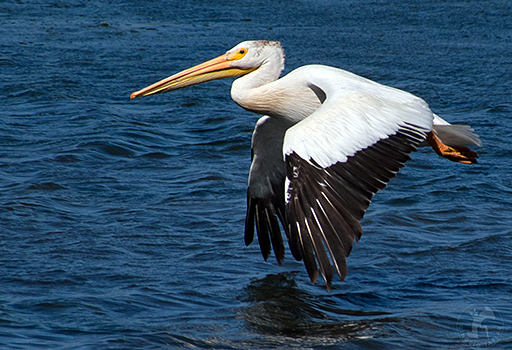 That distance “is and is not unusual,” said study co-author D.V. Chip Weseloh, a retired Great Lakes waterbird specialist with the Canadian Wildlife Service. “Pelicans are strange birds and will range far and wide hundreds of miles to feed,” a feat documented with radio transmitters.

“They do have a reputation of wandering widely. Within that species, going 500 miles isn’t that usual,” Weseloh said.

With its 9-foot wingspan, the American white pelican is one of North America’s largest birds and feeds primarily on fish, according to the Audubon Society.

The overall population declined through the first half of the 1900s but has grown substantially since the 1970s. It’s protected under the Migratory Bird Treaty Act, and the International Union for Conservation of Nature’s Red List categorizes it as a species of least concern.

It was the first known nesting for the species in the lower Great Lakes.

Scientists combined visits to the islands with offshore photographs.

For example, while criss-crossing Middle Sister Island to survey cormorants, researchers “came across 24 abandoned pelican nests with cold eggs and/or eggshells,” the study said. “The trees and underbrush were dense enough that adult pelicans would have had to walk in from the beach to access their nests in the forest.”

The discovery of the nests was happenstance, Weseloh said.

Study co-author David Moore of the Canadian Wildlife Service “was just doing normal routine monitoring of cormorants” on Middle Sister and stumbled on this abandoned pelican colony, he said.

As for Big Chicken, independent ornithology researcher V. Robert Tymstra had spotted pelicans in the area. He then followed up on the sightings by chartering a motorized Zodiac to scout out the island, according to the study, which he co-authored. The other authors were independent researcher James Ludwig and Doug Crump of Carleton University.

Big Chicken is a small, barren, low-lying cobblestone island. Middle Sister is larger and heavily forested. Herring gulls and cormorants regularly nest on both. Both are west of Pelee Island, the lake’s largest island a popular tourism spot.

As for further territorial expansion, the study says it is “perhaps only a matter of time” before American white pelicans start nesting in Lake Ontario and Lake Huron. “Both of those lakes have seemingly very similar habitat, remote small rocky islands with other colonial waterbirds.”

The pelican nests almost exclusively on islands, and “there are oodles of potential nest sites in Lake Huron, Weseloh said, although the stock of some fish has crashed in that lake. Lake Ontario also has islands suitable for nest, along with ample food supplies.

Although pelicans and cormorants “both eat whatever they can catch” and compete for some of the same fish species, they hunt in different ways, he said. Cormorants dive for their prey while pelicans herd or shepherd their prey into shallow waters and “pick them off.”