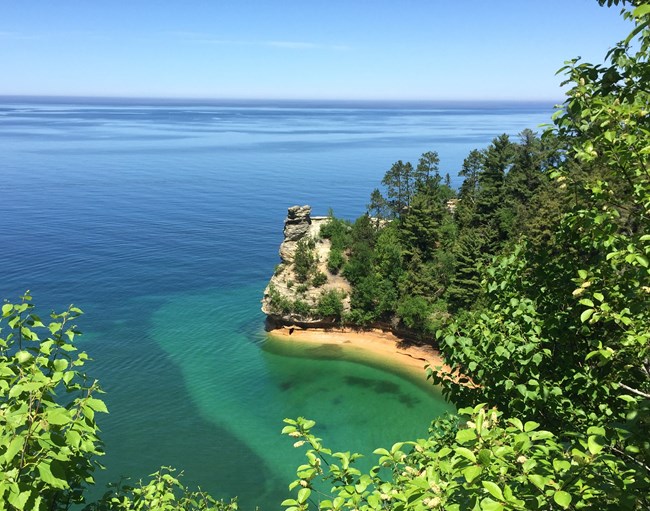 Summer vacation season is upon us, with camping, hiking and other outdoor activities.

For some of us, that means dreams of visiting remote locations in the Great Lakes region, such as Isle Royale National Park, Voyageurs National Park and Pictured Rocks National Lakeshore.

For others, our destinations may be outdoorsy but closer to urban areas, such as Indiana Dunes National Park.

They range in size from the sprawling 218,000-acre Voyageurs to the 25-acre Perry’s Victory Memorial.

But wherever you’re heading, there are air pollution problems, according to a new study by the National Parks Conservation Association, an advocacy group based in Washington, D.C.

The association examined air pollution at 417 National Park Service properties and concluded that 96 percent of them “are plagued by significant air pollution problems in at least one of four categories”: unhealthy air, harm to nature, haze pollution and climate change.

“Many parks suffer from the negative effects of air pollution in more than one of these categories,” it said, adding that climate change and air pollution adversely affect almost all national parks, with “fossil fuels and industrial air pollution” as the primary contributors to the problem.

In the Great Lakes region, the association found “significant concern” for all four criteria only at Indiana Dunes National Park. Results were mixed at the region’s other parks.

Superintendent Scott Tucker at Sleeping Bear Dunes National Lakeshore said airborne nitrogen from Milwaukee and Green Bay along the western coast of Lake Michigan is part of the problem at his park.

“Even last summer we had visibility issues from wildfires in the West. It was pretty noticeable” during the filming of a new orientation movie, he said.

Senior meteorologist Jim Heywood of the Michigan Department of Environment, Great Lakes and Energy also cites interstate transportation of emissions. Monitoring by the department’s Air Quality Division in the Upper Peninsula’s Seney National Wildlife Refuge found ozone emissions from Chicago and Northwest Indiana that made their way across Lake Michigan via southwest and southerly winds.

However, the chief of science and resource stewardship at Pictured Rocks, Bruce Leutscher, questioned the data, saying the report “didn’t do a good job of telling just where they got all their data from.”

“We don’t have any local air quality monitoring stations” in the park, he said. The closest is at Seney, so “we must be grouped in with others in the region.”

Leutscher said, “On the ground here at Pictured Rocks, we don’t notice or perceive or get any reports about air pollution.” For example, there have been no complaints about smog affecting the vistas in recent years. And “I don’t notice any ozone damage at ground level.”

A study about seven or eight years ago did find higher levels of mercury in the water in the Munising area, the result of airborne pollutants carried from the south and southwest, he said.

In its report, the National Parks Conservation Association said, “Today, air pollution is on the rise, enforcement actions against polluters have plummeted by 85 percent, the Environmental Protection Agency is pushing an anti-science agenda and the United States is exiting the Paris Agreement, the global climate treaty.”

The Associated Press recently reported, “Around the country, the EPA under Trump is delegating a widening range of public health and environmental enforcement to states, saying local officials know best how to deal with local problems. Critics contend federal regulators are making a dangerous retreat on enforcement that puts people and the environment at greater risk. One administration initiative would give states more authority over emissions from coal-fired power plants.”

While it true that the Trump administration has relaxed environmental regulations and proposes further relaxations, Heywood noted, “you hear about loosening” of federal regulations, but “we haven’t seen that in permitting” for air emissions. And the trend over the past 20 years shows “things are consistently getting better.”

The National Parks Conservation Association report said, “Air pollution is harming public health, obscuring views and degrading our nation’s most precious park sites, from Glacier National Park in Montana to the Natchez Trace Parkway in Tennessee to Cuyahoga Valley National Park in Ohio,” its report said. “While most air pollution doesn’t originate in national park, it can travel hundreds of miles from its source, thereby affecting all parks – even remote ones – and distant communities.”

Here’s the association’s assessment of some parks in the Great Lakes region: