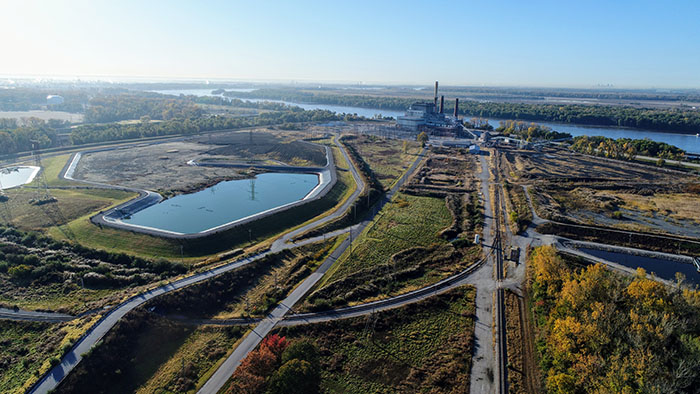 Editors note: This is the third of four stories on coal ash pollution in the Great Lakes region.

No one region of Illinois is safe from contamination of groundwater from coal ash.

It is a statewide crisis, environmentalists say.

“At every ash dump in Illinois where groundwater has been tested, toxic coal ash pollutants are leaking into groundwater,” said Colleen Smith, legislative director for the Illinois Environmental Council. “However, contamination levels across the state are disproportional – a few communities are at much higher risk than others.”

The problem prompted the Illinois legislature on May 27 to pass the Coal Ash Pollution Prevention Act requiring and regulating the cleanup of coal ash. It now heads to the governor’s desk to be signed into law.

Coal ash cleanup is an important challenge because drinking contaminated groundwater can have serious health effects. Illinois total daily groundwater withdrawals were 891 million gallons as of a 2015 statistic from the United States Geological Survey.

Monitoring under the federal Coal Ash Rule revealed coal ash pollutants in groundwater at 16 plants around the state. Including sites exempt under the Coal Ash Rule, Illinois has 22 sites where coal ash pollutants have leached into groundwater, according to a 2018 report by Earth Justice, the Environmental Integrity Project, Prairie Rivers Network and the Sierra Club. The report reveals that toxic pollutants at these sites include arsenic, cobalt and lithium which can cause cancer, heart disease, reproductive failure and stroke and can inflict lasting brain damage on children, according to the report.

The plants with the highest levels of groundwater contamination in Illinois are owned by Dynegy, Ameren and NRG Energy, said Andrew Rehn, a water resources engineer at the Prairie Rivers Network.

NRG Energy’s Waukegan Generating Station, a power plant located on Lake Michigan in Lake County, is one of the nation’s oldest coal plants. The station has two unlined ash ponds and an unlicensed landfill, according to Prairie Rivers Network, the state affiliate of the National Wildlife Federation.

Prairie Rivers Network mapped all 24 major power plants with coal ash impoundments in Illinois. The map includes the number of lined or unlined ponds and impoundments at each site, reported volume of ash, contaminants and waters the pollution is discharged into.

Waukegan Station, like almost all of the other sites, has ponds that are unlined, meaning that little or nothing is stopping the toxic pollution in those ash ponds from leaking into groundwater, according to Prairie Rivers Network. The group’s coal ash map says that the 2016 reported volume of ash was 65 acre-feet (one acre-foot is 43,560 cubic feet) with polluted groundwater seeping into Lake Michigan.

“Waukegan Station is considered one of the top five impounds with high hazard risk in Illinois,” Rehn said.

A 2019 Environmental Integrity Project report suggests that groundwater pollution at the station is hidden from monitoring because an unregulated coal ash landfill above the regulated ones is raising background pollution levels.

NRG Energy points to the site’s industrial history, partly as host to a tannery, a business that uses a lot of arsenic.

“NRG is confident that the upgradient wells are polluted by the former tannery and general boilers sites,” said David Knox, a spokesperson for NRG Energy. Operation of the Waukegan Station has been assessed and approved by Illinois EPA, he said.

NRG plans to remove the coal ash and close the landfills starting in 2035. Closure should take five years, according to NRG’s closure plan.

Another power plant responsible for high levels of coal ash pollution in Illinois is Vermilion Station, owned by Dynegy, and located about five miles north of Oakwood, sitting on a bluff above the river valley. While this plant is closed now, for 16 years it dumped coal ash in three ash pits in the western floodplain of the Middle Fork of the Vermilion River, according to Prairie Rivers Network. This presents ongoing pollution of groundwater and pollution of the Middle Fork, Rehn said.

“The Vermilion River is an interesting case because it is a national scenic river, one of the few in the Midwest,” Rehn said. “Due to the groundwater and surface level impacts from coal ash pollution, the river is stained orange.” 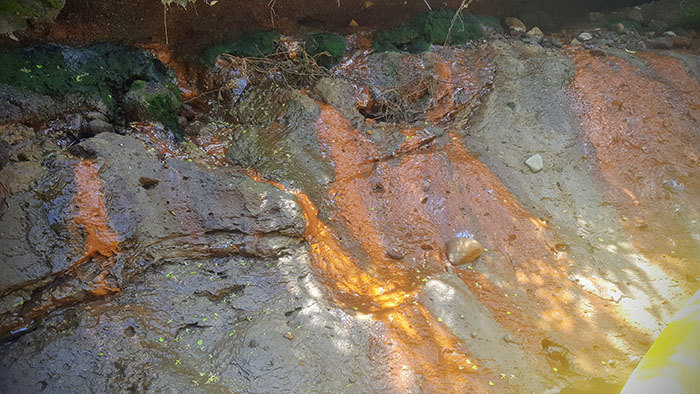 In response to the dumping of coal ash into the river valley, the Middle Fork is rapidly eroding near the base of the dam, meaning there’s potential for a massive storm event to cause enough erosion for the dam to reach critical failure point, Rehn said. The Prairie Rivers Network impoundment map states that the 2016 reported volume of ash at this site is 2,045 acre-feet, making it an impoundment with definite high hazard risk to groundwater.

Dynegy did not respond to a request for comment.

Advocates such as the grassroots group CARE (Citizens Against Ruining the Environment) fear groundwater contamination and other environmental damage from ash stored in the quarry now and in the future.

While these power plants are among those with the highest levels of pollution, the issue is statewide. The 2018 groundwater report, Cap and Run, written by several environmental groups, reported that there are more than two dozen coal ash dump sites in Illinois that contain over 80 ash ponds and landfills. The toxic brew of carcinogens, neurotoxins and poisons in coal ash threaten drinking water and freshwater species, according to the groundwater report.

Almost all of these dumpsites sit next to rivers and lakes, two on or near Lake Michigan. The groundwater report says that Illinois coal ash dump owners plan to close most of the ash ponds in place, but often that means covering them, or capping them, and walking away.

“Caps rarely stop ash ponds from polluting, especially where groundwater is flowing into the ponds,” Rehn said. “They do nothing to address the threat of collapsing into nearby waterways, as is happening at Dynegy’s Vermilion plant.”

The lack of transparency around coal ash contamination is a serious concern in the eyes of Illinois Environmental Council, which is working to pass legislation that would require closure of these impoundments.

“The ability for the public to have a voice in what happens at these sites is nonexistent,” Smith said. “With the legislation we are working on, we are trying to ensure that communities impacted are made aware and have a voice in the process.”

That’s the legislation the legislature passed on May 27. The Illinois Environmental Council and Prairie Rivers Network are among the groups that supported it.

“To date, significant mitigation of these sites has not occurred, and demonstrates the need for our legislation,” Smith said.

One thought on “Illinois coal ash a statewide groundwater threat”