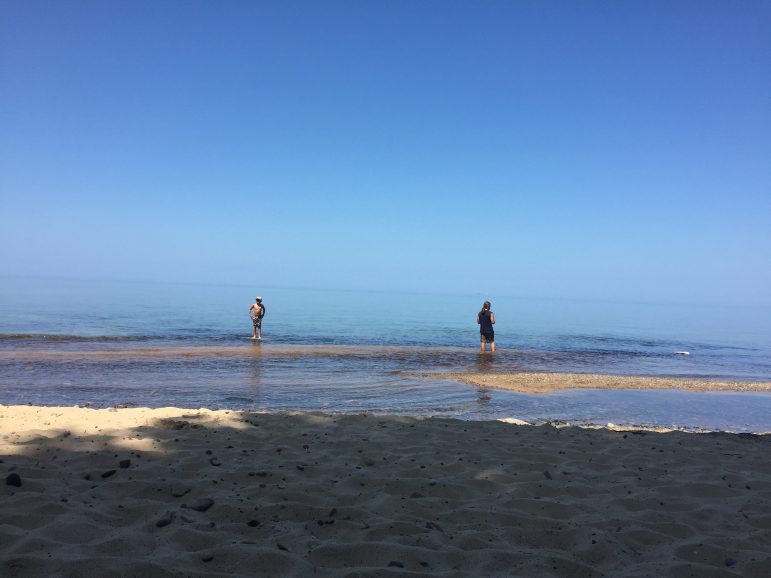 Canada is warming twice as fast as the rest of the world, according to a recent climate change study.

And northern Canada is warming three times as fast.

What does that mean to the Great Lakes?

“It’s counterintuitive, but a warming climate could actually increase the snowfall in some of those snow belt areas even though the snow decreases generally around the lakes,” Seglenieks said.

The report is the first of a series of reports on climate change in Canada to be released as part of a national assessment. Forty scientists worked on what is the first study that looked exclusively at the climate change implications for Canada, said Greg Flato, a senior research scientist with Environment and Climate Change Canada and the lead author of the chapter on modeling future climate change.

“My hope is that it will help people in planning and making decisions and understanding how and why the climate is changing in Canada,” Flato said.

Greenhouse gas emissions must be near zero globally by 2050 for the world to meet the goal set by the United Nations in 2016 to limit global temperature to no more than 2 degrees warmer than what it was before the Industrial Revolution.

While challenging, that is still possible, Flato said.

Effects of global warming are already seen in the Great Lakes region, said Seglenieks, one of the authors of the chapter on changes in freshwater availability across Canada. 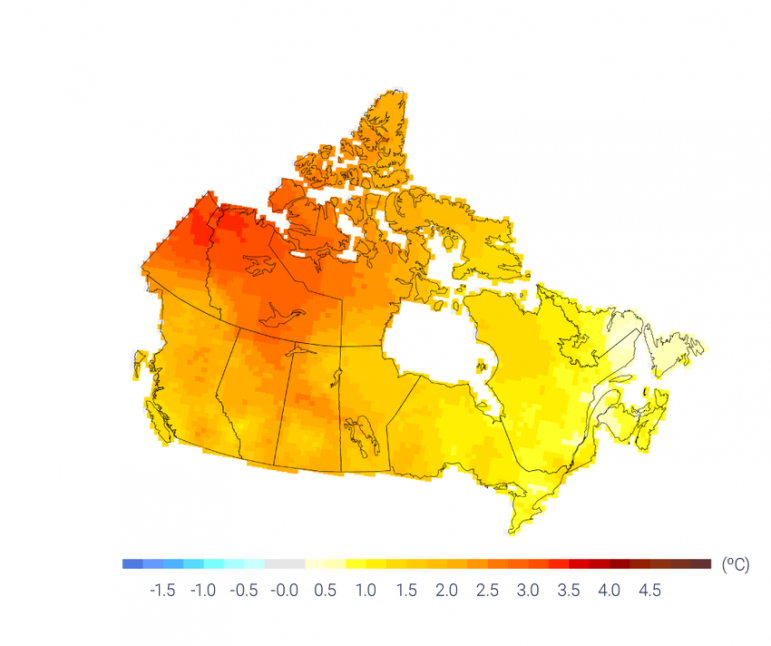 Observed changes (°C) in annual temperature across Canada between 1948 and 2016, based on linear trends. Image: Canada’s Changing Climate Report

Residents will have to learn to handle extreme weather and greater fluctuations of Great Lakes water levels, he said.

For example, if you have a boat and a dock, you will need to make sure that they are both able to manage water levels at their highest and lowest points so your boat doesn’t bottom out or your dock doesn’t flood.

This dramatic change in water levels can be credited to increasingly erratic rain and snowfall, Seglenieks said.

Just because most models predict that we will generally experience more precipitation in the warming future, that doesn’t mean it will rain year-round, said Jeffrey Andresen, Michigan’s state climatologist and a geography professor at Michigan State University.

The already wet spring season will experience even more precipitation than usual, while the drier summer months will remain dry, Andresen said.  This is increasingly bad because as the atmosphere warms, plants may require more water. That could lead to droughts.

As the globe warms, we can expect strings of wet days and strings of dry days, he said. And even if you have more precipitation, it’s falling on fewer days. Very few systems would benefit from that.

What happens to snowfall is also a mixed bag.

While the warming climate should reduce snowfall in the Great Lakes overall, that isn’t the case for everyone, Seglenieks said.

“You could see a scenario where the temperatures warm up, there will be less ice on the lakes, but there will be more lake effect snow because now that open water is there for a longer period of time,” he said.

That’s because when cold air passes over warmer, open water, the water evaporates and eventually forms a cloud of snow. That causes more snowfall in areas where the cloud is blown, according to the National Weather Service.

“The climate is generally going to be more extreme,” he said.  “My hope would be that people realize this and are able to make plans that are more adaptable to a changing climate.”

Wildlife will also have to adjust to survive, Seglenieks said.

Bees, for example, come out of hibernation when flowers are supposed to begin blooming.  However, if we have warmer temperatures and the flowers begin to bloom earlier, bees will have to adjust to come out in time to pollinate.

“Climate is changing in Canada faster than in many parts of the world, and that is due to human activities,” Flato said.

“We are in control of how climate will change in the future.”

People tend to think that our climate is stable because there aren’t many noticeable changes in a human lifetime, Andresen said.

“But what we know from geological long-term past is that climate is dynamic, and it changes in response to factors,” he said.  “And there are a number of these factors in play right now, including increasing greenhouse gas concentrations.

“Ultimately the potential fear is that the climate changes, and we, as humans, might not be able to deal with the outcome.”