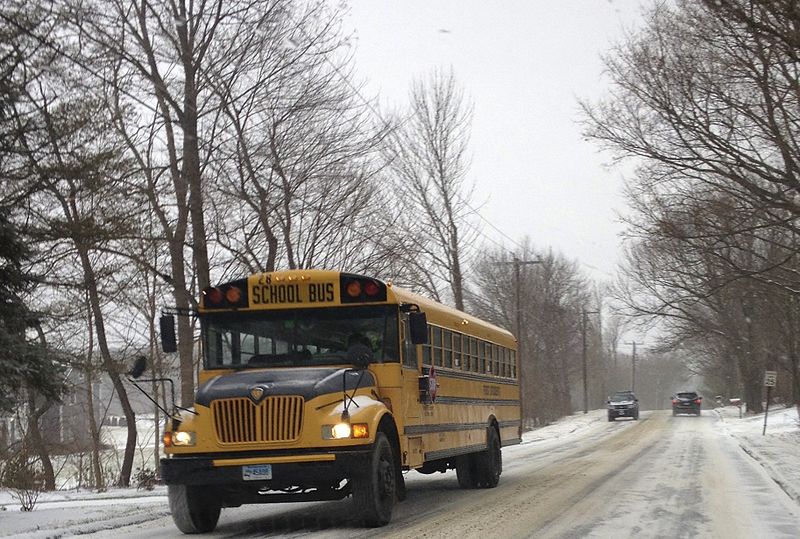 This winter’s extreme weather could be the tipping point proponents of starting school before Labor Day need.

Schools across Michigan cancelled classes, sometimes several days in a row, due to bad weather and extreme cold. Many of those schools did not have enough snow days built into the year and had to figure out how to make up that missed time.

“You see schools going quite deep into the summer, and it’s going to be hard for them to keep those kids’ attention,” said Rep. Steve Johnson, R-Wayland. “This is going to be a heavy lift, but I think this year with all the snow days we’ve had, it might make sense to say, you know what, we need a little bit more flexibility as we go forward.”

Johnson recently introduced a bill with bipartisan co-sponsors that would leave school start dates up to local school boards, allowing classes to begin before Labor Day.

“When it comes to what your school calendar should look like, I believe this is a decision best left up to the locals,” he said.

What’s best for schools may not necessarily be the same across the state, Johnson said.

State law prevents districts from starting school before Labor Day unless they get a waiver from the Department of Education to begin earlier. The law took effect for the 2006-2007 school year and was designed, in large part, to help the state’s tourism industry.

But there have been attempts to repeal the law, and schools are increasingly asking to have the requirements waived.

“Waiver requests are on the rise,” said Bill DiSessa, a communications officer for the Department of Education. There were 143 waiver requests in 2018, up from 125 in 2017.

It makes sense to start school a week or two before Labor Day, but each district should make that decision for itself, Johnson said.

Many students have already returned to school weeks before Labor Day for practices for band and fall sports like football and cross country anyway, he said.

“There’s a lot of people that are already at school for extracurricular activities, and yet state law forbids the school from starting, which I don’t think makes a lot of sense,” he said.

The Michigan Education Association supports the idea that a school’s calendar and start date, including opting to begin before Labor Day, should be up to local districts, said David Crim, a communications consultant for the union.

The union has some concerns about the language in the bill, he said, and it will attempt to work with the bill’s sponsors to make changes.

“Look, it’s going to be very tough,” Johnson said. “There are a lot of those within the tourism industry and the lodging and restaurant businesses that are opposed to it, and those are big hurdles to get over.”

Carlin Smith, the president of the Petoskey Regional Chamber of Commerce, said its support for an after Labor Day start has a lot to do with the fact that local businesses have high school students on staff.

“Businesses are still very active going into September,” he said. “We already lose kids leaving for college, and if high schools were to go back earlier, it would be a big factor to lose that many workers.”

It isn’t all about the businesses and making money, though, Smith said.

“We want families to be able to enjoy Michigan’s summer as long as possible,” he said. “And school calendars don’t always match weather patterns. August is usually one of the best months of the year.”

If the law were to change, Smith said he hopes that schools would have shorter weeks at the beginning of the year so that families could still enjoy long weekends.

Johnson said he disagrees with the tourism businesses’ objections that earlier start dates interfere with their industry.

“So I don’t think in the end it really does affect the tourism industry. I think they’re misguided on this one.”

The bill was referred to the House Education Committee.