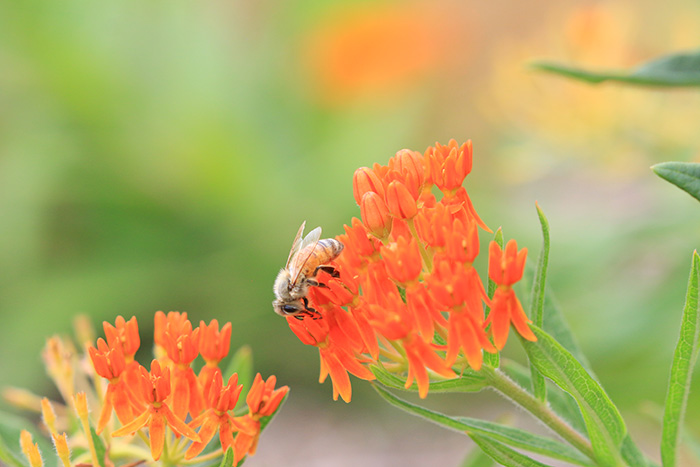 If you were a honeybee in Michigan, hairy mountain mint and common milkweed might be your top menu choices.

If you were a Michigan bumblebee, you’d prefer chowing down on bee balm and shrubby St. John’s wort.

And if you belonged to one of the state’s 465-plus species of wild bees, roundleaf ragwort and gray goldenrod may whet your appetite.

Discovering what bees like to eat has important ramifications for growers and farmers whose apples, cherries, blueberries, squash, cucumbers, pumpkins, pears and other flowering fruits and vegetables depend on bees for pollination, said Logan Rowe, a co-author of a recently published study examining Michigan bees’ feeding preferences.

The research can help farmers and growers decide what native plants to grow near their orchards and fields, said Rowe, a zoologist with Michigan State University Extension and the Michigan Natural Features Inventory.

The study said, “Since bees obtain nearly all their nutritional requirements from pollen and nectar provided by flowering plants, the availability of these resources within bees’ flight range is crucial to their survival. Flower plantings have been shown to increase the yield of adjacent pollinator-dependent crops.”

Rowe said, “We already encourage growers to incorporate native plants,” and the findings will help them more accurately select the best seed mixtures to attract bees.

The research comes at a time of growing concern about the nation’s bees.

The U.S. Geological Survey estimates that insect pollinators, mainly honey bees, increase the value of crops in the country by more than $15 billion a year.

However, the agency said, “Critical honey bee and wild bee populations in the United States have been declining in recent years, creating concern about the future security of pollination services for agricultural crops.”

Reasons for the decline include pests, pesticides, colony collapse disorder and diseases, as well as “shifting landscapes” in the Midwest where cropland is expanding at the expense of “crucial native grasslands and conservation lands that have historically provided abundant flowers for honey bees and native pollinators,” the Geological Survey said. 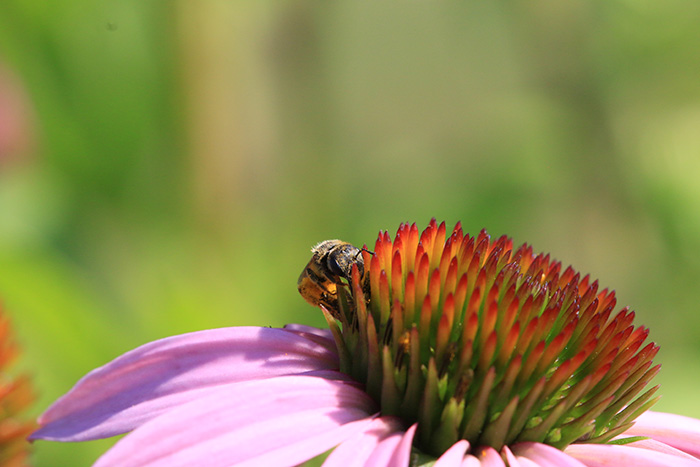 They planted 51 species of drought-tolerant native prairie plants and two non-native species, then observed more than 3,500 honey bees, wild bees and bumblebees as they visited the flowers.

“We were seeing which were most supportive of pollinators,” Rowe said. There’s been little prior research about what types of flowering plants in Michigan’s prairie-type habitat appeal best to different types of bees.

One surprise finding is that bees in different regions of the state have different dietary preferences, he said.

Bees aren’t the only beneficiaries of targeted plantings, the study said. They also provide habitat for threatened wildlife.

The study by researchers at MSU and the University of Manitoba appeared in the journal Environmental Entomology.

2 thoughts on “Culinary guide gives bees something to buzz about”